JBL Professional M2 and LSR Studio Monitors, AKG Microphones and Lexicon Processors from Harman
The first of its kind in the US, Pearl-Cohn Entertainment Magnet High School in Nashville, Tennessee provides a unique opportunity to students interested in pursuing careers in the entertainment industry, offering concentrations in audio engineering, radio production, broadcasting and other media industries. Fulfilling a key initiative of the project, Pearl Cohn partnered with the Nashville Chapter of the Recording Academy® Producers and Engineers (P&E) Wing in late 2012, to build a fully functioning, world-class recording studio, creating the opportunity for students to learn music production skills in a professional, hands-on environment. The new studio is equipped with HARMAN Professional’s newest JBL studio monitors, AKG headphones and microphones, Lexicon effects and Crown amplifiers.

The transformation of Pearl Cohn into the Nation’s first Entertainment Magnet High School was the personal project of Nashville Mayor Karl Dean, and Music Makes Us, a music education advocacy group, working to create a world-class learning environment for entertainment arts in Nashville.

Renowned studio designer Steven Durr donated his time and energy to develop the plans and oversee construction of the fully equipped studio. In a remarkable effort, producer/engineers Jeff Balding, Chuck Ainlay, in addition to Ben Fowler, Julian King, Nick Palladino, Terry Palmer, Matt Schlachter, Jon Randall Stewart, Durr and notable members of the Nashville music community rolled up their sleeves as a valuable subcommittee to put the facility together.

“Music education is so important to The Recording Academy, so when we were approached with the idea of Pearl-Cohn’s studio, we were proud to help in the development, contacting key associates in the music world to construct the first-of-its-kind high school facility,” says Susan Stewart, South Regional Director, The Recording Academy. “The studio became a reality with the help of the generous manufacturers and the community, who bonded together to provide students the hands-on environment they deserve to excel in the music industry.”

According to Sam Lorber, Instructional Designer at Pearl-Cohn Entertainment Magnet High School, the institution was developed with the desire of engaging students with project-based lessons centered on the entertainment industry theme.

“It was the intention of the school from the start to provide professional-level education. Whether students are going to pursue an audio degree or a career immediately after graduating, they will have the problem-solving, communication and collaboration skills associated with a strong audio-based foundation,” Lorber stated. “With the P&E Wing and HARMAN, our vision of building the all-encompassing studio has far surpassed what we ever imagined was possible!”

Pearl-Cohn provides nine audio classes, which have become the most popular courses since the program was established. The studio/audio program has become the centerpiece of a curriculum that includes a student-run record label and publishing company, plus classes in studio techniques for musicians and singers. Students select a pathway — choosing between careers as producers, managers, engineers, marketing agents, and more — and enroll in classes beginning with a survey of the music industry and progressing into the specific areas of each student’s interest.

“With a student-run record label, a state of the art studio and the support of music industry veterans, the stage is set at Pearl-Cohn for emerging talent to make their mark in the music world. The future of the industry lies within these kids. We are proud to partner with The Recording Academy in support of this project,” stated Mark Ureda, Vice President, Strategy and Technology, HARMAN Professional.

“We want our students to realize their dreams and potential. They enter the program with ambitions and we want them to graduate with the skills that will provide a stepping stone for a successful career in the audio industry and success in life,” Lorber continued. “Having a partner like HARMAN enables us to create a student-centered studio that rivals university and professional facilities. The sound emanating from our studio is superb and we can’t thank our partners enough for helping Pearl-Cohn inspire its students in this top-of-the-line learning environment.” 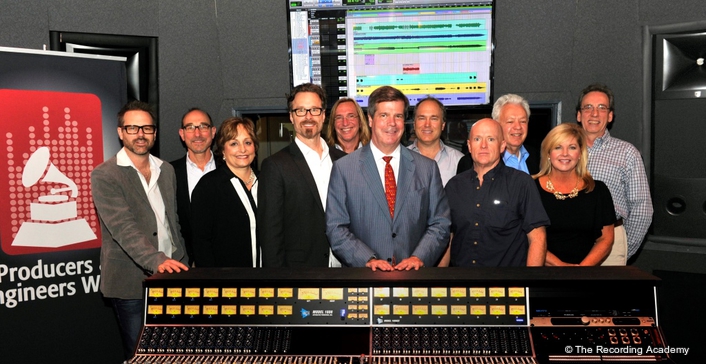