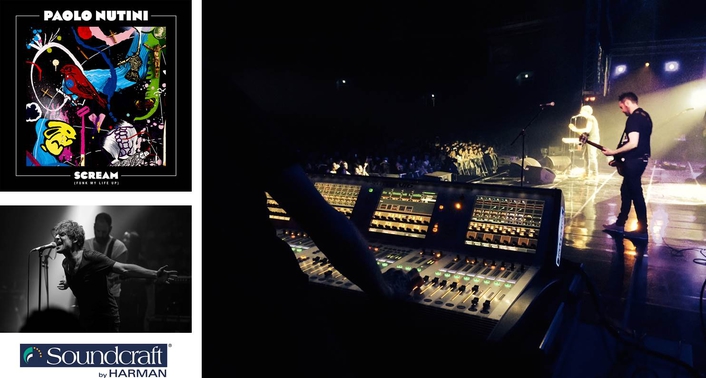 Hatt had been using Soundcraft digital consoles for a few years before signing on with Nutini
Heralded as one of the top voices in modern soul”, Scottish singer/songwriter/musician Paolo Nutini has quickly hit the big time since his 2006 debut album These Streets reached 5-times platinum in the UK. His 2010 follow-up Sunny Side Up reached Number One on the UK charts, as did his latest 2014 release Caustic Love.

Nutini is currently touring worldwide in support of Caustic Love with monitor engineer Paul Hatt, working behind a HARMAN’s Soundcraft Vi4 digital live sound console. Hatt has been with Nutini for the past six months, relying on the Vi4 to deliver monitor mixes to Nutini and his 11-piece band that includes guitars, bass, drums, a 2-piece brass section, backing vocals and more. In addition, Hatt’s company, CS Audio, has been providing a control and monitor package for the tour.

“Paolo has a wonderful dynamic range and we’re doing a nice mix of rock and some softer tunes,” Hatt pointed out. “The Vi4 sounds equally clear and musical whether Paolo and the band are quiet and subdued or rocking away at full bore—the console never sounds strained or harsh no matter what we ask it to do.”

Hatt notes that Paolo and the band are so tight they don’t need a click track: “This is the first band I’ve done in years where I don’t have to hear that click in my ear all the time and can just concentrate on the mix. The vocal and instrumental balances are always varying and changing with a band of this size and with the Vi4 I can easily store hundreds of cues if I like and easily keep up with anything Paolo and the band want to do, even on a moment’s notice.”

Hatt finds the expanded monitor mixing capabilities provided by the Soundcraft Vi4’s latest Version 4.8 software to be especially useful. Version 4.8 offers a number of significant new features including the ability for all 32 of the console’s mix busses to operate in stereo mode, to allow use as in-ear mixes. A number of new signal routing, panning and processing options are also provided. “I give Soundcraft credit for improving their already-excellent consoles with an update that adds new features to make life easier,” he said.

“The Vi4 is now even more suited to live performance thanks to the expanded bus structure,” Hatt said. “It’s nice to know I can keep adding stereo mixes and not run out of them, which happens with some other consoles.”

Hatt has also been working with the Soundcraft ViSi Remote iPad app, which enables remote control of Soundcraft Vi Series or Si Compact consoles from an iPad. Hatt takes his iPad with ViSi app on the road to EQ the monitor wedges from various locations across the stage, finding it extremely useful in dialing the sound of each monitor without having to constantly run to and from the console to the stage. “To say this speeds up the process of fine tuning and ringing out the monitors would be an understatement,” he noted. 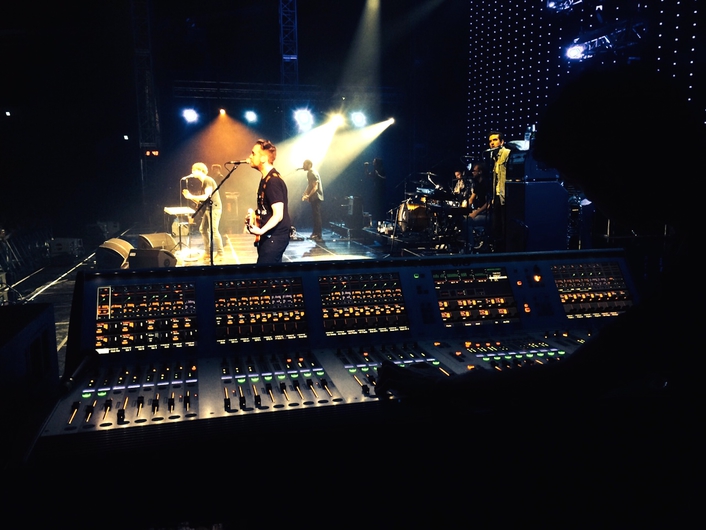 Hatt had been using Soundcraft digital consoles for a few years before signing on with Nutini. “I have to say the Vi4, along with the Vi1, has been my favorites of any live sound consoles.”

In Hatt’s estimation, the Vi4 and Vi1 are the most intuitive to operate and combine all the control, signal routing, instant setup and recall, built-in processing and other benefits of a digital platform with unexcelled sound quality. “With the Vi4 I often forget I’m using a digital board, but when I go back to other brands I can feel the difference in ease of use,” he concluded. “The Vi4 is by far the best and easiest console out there for live concert mixing.”

HARMAN designs, manufactures and markets premier audio, visual, infotainment and integrated control solutions for the automotive, consumer and professional markets. With 15 leading brands, including AKG®, Harman Kardon®, Infinity®, JBL®, Lexicon® and Mark Levinson ®, the Company is admired by audiophiles, musicians and the entertainment venues where they perform. More than 25 million automobiles on the road today are equipped with HARMAN audio and infotainment systems. HARMAN has a global workforce of 15,200 people and reported sales of $5.1 billion for the last 12 months ended March 31, 2014.