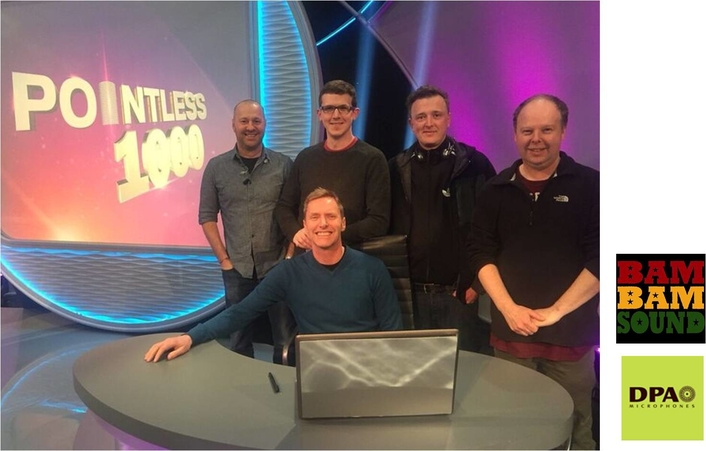 This acclaimed sound supervisor is delighted with the improvements DPA has made to its d:screet™ 4060 Miniature Microphone, especially the cables and clips.

The cutting edge innovation of new clips for DPA’s popular d:screet™ 4060 Omnidirectional Miniature Microphones has delivered such a significant improvement in usability and sound quality that broadcast sound supervisor Pat Nunn is among a growing group who use them as first choice for shows they work on.

Pat, who spent 25 years at the BBC before leaving to start Bambamsound in 2010, is renowned for his expertise as both a sound supervisor and location sound recordist. During his career he has been responsible for sound in all show genres including game shows such as Pointless and Tipping Point; soap operas such as Eastenders; sports programmes covering the Olympics, the Commonwealth Games and the Wimbledon Tennis Championships; magazine programmes such as BBC1’s The One Show and ITV’s The Nightly Show, and entertainment shows such as Davina McCall’s This Time Next Year.

“Since being introduced to the new clips by DPA’s UK Sales Office Sound Network, I have used them in conjunction with a d:screet 4060 Omnidirectional Miniature Microphone to mic presenters, talents, guests and contestants on five shows – What Would Your Kid Do?, This Time Next Year, House of Games, Pointless and Pointless Celebrities,” Pat explains. “The new clips are a game-changer because they hold the microphone away from the body and this significantly improves the sound quality. Previously, the clips were flat, and the mics would often get caught on clothing, especially loose folds, to create unwanted maddening friction and rubbing noises. That resulted in delays and, in some cases, distress, especially if I was miking guests who were being interviewed about a difficult subject.

“The new clips also give me four different ways of attaching them, so whether I am using them side on (for a shirt or tie) or straight down (for a t-shirt, high collar or dress) I can use the same clip. What’s more, they don’t tend to fall forward, which is another big advantage – and having some air around the whole mic makes for a better sound, too.”

The versatility and clarity of DPA’s d:screet 4060 Omnidirectional Miniature Microphone is also praised by Pat Nunn, who says he is impressed by its ‘very clean, clear sound’ and ‘very low distortion’.

“I started using d:screet 4060s nine months ago when I found the new clips,” he explains. “Over that time, the microphones and cables have been very robust and resilient. I have used them on adults and children, and on audience members with very close PA and the odd spot mic. I have had no mic or cable breakages, which is remarkable when you consider that Pointless, for example, is four shows a day with 10 adults on each show. That’s 10 changes per show, four times a day!” 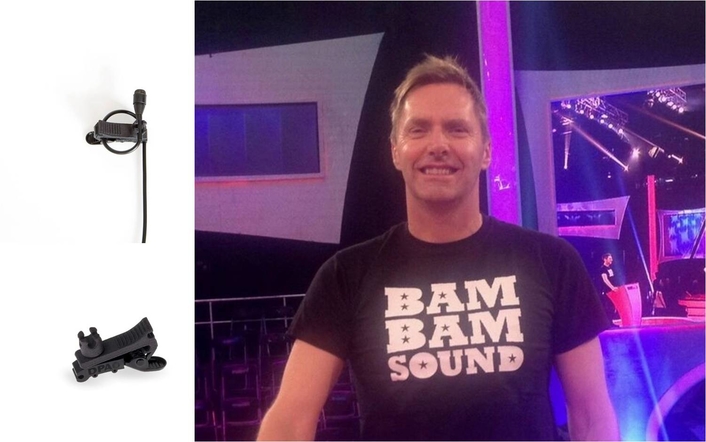 Pat adds that he often only has a few seconds per person to equalise each channel, so he appreciates the fact that d:screet 4060 mics need a lot less equalisation than the mics he previously used.

DPA revised the d:screet™ 4060 range of mics in 2014, adding a thin layer of reinforcement where the cable meets the capsule. This added even more durability to the mics, making them more resilient than ever to any strains or rigorous handling they might receive in professional sound environments.

“For Davina McCall’s show This Time Next Year we were miking up people, including young children, who had distressful tales to tell. In those situations, you can’t stop recording for any reason, so we needed robustness and clean sound at all times,” he explains. “The improvements DPA has made to its d:screet 4060 microphones, cables and clips are significant because they are now highly reliable. I’ve been constantly miking and de-miking shows over the last nine months without any problems, and this proves that whatever issues these microphones had in the past have been well and truly fixed. I’m now very happy with them and use them on all my shows where a personal mic is required.”