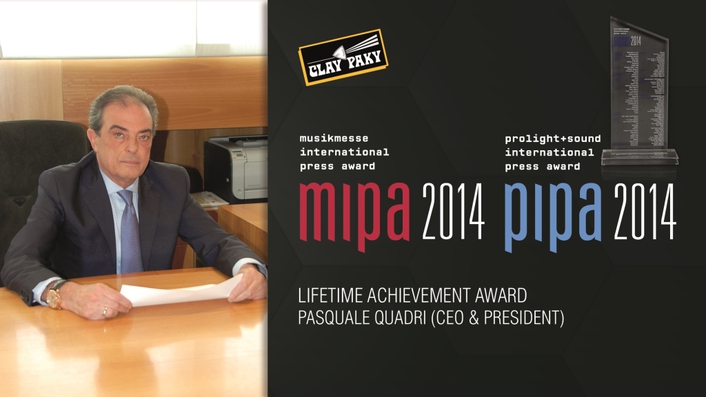 .
Pasquale Quadri, founder and chairman of Bergamo-based Clay Paky SpA, received the prestigious lifetime achievement prize at the MIPA/PIPA awards held in Frankfurt during Musikmesse, the most important international exhibition of musical instruments and professional sound equipment for the entertainment industry. The ceremony took place on 13 March 2014 and the winner was chosen by an overwhelming majority of the jury, which consisted of journalists from all around the world, representing more than a hundred industry journals.

This is the fifteenth time the annual MIPA awards have been presented. They have been extended this year, for the first time, from the world of musical instruments to the field of stage lighting and sound (PIPA awards). The fact Pasquale Quadri is the first person from the lighting industry to receive this prestigious award is therefore particularly significant. 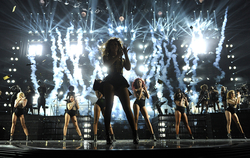 Pasquale Quadri, better known as Paky, is a well-known entrepreneur in the Bergamo area, although he is not the kind of person who loves to be in the spotlight. Nevertheless every lighting professional knows that he is the creative power-house behind Clay Paky, an Italian company that today exports 97% of its production and whose sophisticated lights play a leading role on the stages of the world's most important events and shows. Among the most recent, it is worth remembering the Summer Olympic Games in London, the Winter Olympic Games in Sochi, Bruno Mars's and Madonna's shows during the Super Bowl finals, Justin Timberlake's, Luciano Ligabue's and Gianna Nannini's tours, the magical performances of Cirque du Soleil, and the ballets at the Bolshoi Theatre in Moscow. Among those currently being organized, we can mention Lady Gaga's and the Rolling Stones's world tours.

Now it is the music industry that wants to sing Pasquale Quadri’s praises for his contribution to innovation. His passion for technology has given rise to products that use light to bring out the rhythms and atmospheres of musical notes and create emotions. Any show or music event would lose much of its charm without Clay Paky's magical visual effects. Pasquale Quadri's story is therefore closely intertwined with music and full of great international successes, which range from early lighting effects, such as the Astrodisco, which came to symbolize the discotheque in the 1970s and 80s, to the invention of legendary computerized lights for the rock concert world, such as the GoldenScan, the Sharpy (in 2010), right up to the innovative B-EYE today. 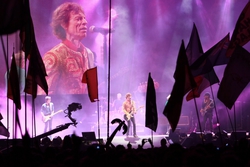 Clay Paky, the company Pasquale Quadri founded in 1976, is entirely Italian. He has never succumbed to the temptation to move it to countries with lower taxes and costs, even though it is precisely from those countries that his worst rivals come: several Asian companies have been copying his ideas for years, with total disregard for the over fifty patents he owns.

With this MIPA/PIPA Lifetime Achievement Award, Pasquale Quadri joins a highly exclusive club whose members consist of the mythical personalities who have received it before him for having made the history of the world music industry, such as the two Meyer brothers, who founded the famous speaker company Meyer Sound, Fritz Sennheiser, inventor of the wireless microphone, and Jim Marshall, whose guitar amps are legendary throughout the world.

This award makes us all proud. It acknowledges his personal genius, but is also a recognition of Italian creativity in a high technology industry where the key to success and real qualitative excellence are things that only true experts can judge.

PROFILE OF PASQUALE QUADRI
Pasquale Quadri is a leading player in the birth and development of the world professional lighting industry for shows and entertainment, and one of its pioneers. 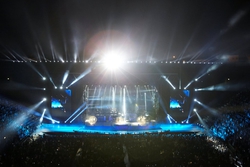 His involvement began in the early 1970s, when Pasquale Quadri played bass guitar under the stage name Pasquale Quadri in a successful band on the Bergamo music scene. However, even then, he cultivated a strong interest in optics and electromechanics. Working in his garage, he transformed Rollei projectors into special lighting effects, which he then sold to the venues where he performed with his band. The success of this activity quickly led him to turn his hobby into a business project and, in 1976, Clay Paky was founded in Seriate, Italy.

At first Pasquale Quadri decided to focus on the disco market, which was expanding rapidly at that time. Clay Pasquale Quadri's business was hectic right from the start. Pasquale Quadri invented a variety of lighting effects, which the market greeted with growing enthusiasm: the Astroraggi, the Astrodisco and the Astrospider quickly caught on worldwide and became true icons of the disco world.

The advent of electronic technology marked another milestone in the development of Clay Paky's products. In 1988, Pasquale Quadri came up with the GoldenScan, the first moving mirror light (known as a scanner by those in the business) with stepper motors. All lighting professionals know the GoldenScan, literally everyone. It was an extremely reliable, accurate, fast light with an incomparable optical unit. The GoldenScan was originally designed for discotheques, but it was quickly discovered by small bands who could not afford the only brand of tour light it was possible to rent in those days. They believed however that it was a good investment to buy a reliable motorized light, like the GoldenScan. Pasquale Quadri realized that the concert and tour world was a new market opportunity and designed a special light for it, the SuperScan. However he did not neglect small nightclubs, for which he created the Miniscan, the best compact scanner ever designed.

Nevertheless, in the late 1990s, scanners gradually lost their appeal in favour of a new type of light, the "moving head". At that time, however, the technology was still covered by a patent, and Pasquale Quadri - himself an inventor with dozens of patents to his name - refused to infringe it. Only when the patent expired, a few years later, did Pasquale Quadri launch his first moving heads on the market. 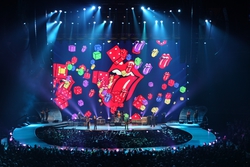 The history of the last few years is known to many. While other companies focused on LED lights, Pasquale Quadri chose to devote his efforts to revitalizing discharge lamp technology. He succeeded with ingenuity in a small environmental sustainability revolution: smaller and more lightweight lights with more light per consumed watt, made of durable, recyclable materials. In 2010, Pasquale Quadri invented a new light called the Sharpy, which sparked a real revolution in show lighting. With only a 190 watt lamp and its very powerful beam of parallel light, the Sharpy has probably become the best selling moving head ever in the shortest period of time. It is undoubtedly the most cloned light in the industry. There are no fewer than 85 copies, made by different manufacturers, mostly Chinese.

Pasquale Quadri has decided that the time has now come for LED lights. The result - after only two years - is the B-EYE, another totally innovative multi-award winning light at the top of its category.

If success and innovation may be measured in figures, there is no doubt that Pasquale Quadri and his company are a symbol of innovation and success: more than fifty patents filed worldwide and over fifty prestigious industry awards. It is impossible to list all the events, tours, TV shows and theatrical performances that have been lit by Clay Paky lights. What would the dance club world be like without the magic of Clay Paky lights? Where would world tours be without the revolution triggered by the GoldenScan? What would lighting design be today without agile Sharpy beams? This and much more is what Pasquale Quadri has done for our industry so far, and even more is yet to come.

Pasquale Quadri is therefore much more than an innovator inspired by enthusiasm. Pasquale Quadri has always wanted his company to be known for its fairness, its total devotion to customers, and its responsible and immediate customer service. These are the goals with which Clay Paky was founded 37 years ago. Since then the ownership has never changed and the management has always been consistent with these founding principles. There are not many lighting companies that can boast a similar course, with similar results. Pasquale Quadri's company is 100% Italian. Although almost all its competitors are moving to places with lower costs, Pasquale Quadri has never succumbed to the temptation to relocate. 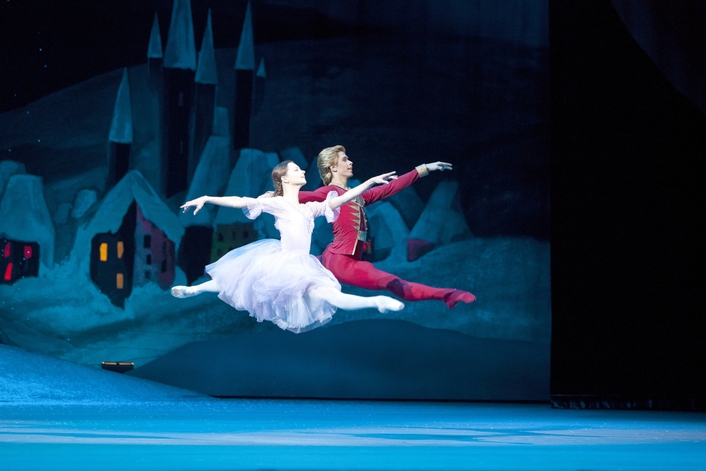 At a time when low prices seem to be one of the main criteria most customers consider when choosing lights, Pasquale Quadri has no intention of changing his mind: quality and innovation are the true driving force behind our industry.