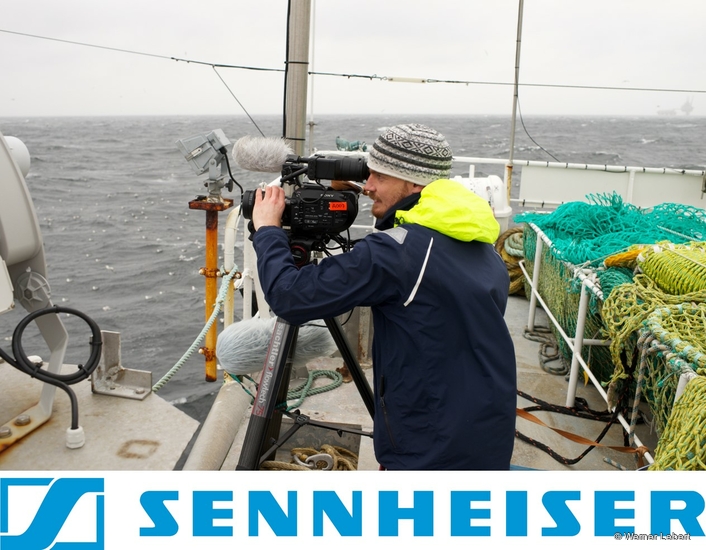 The sea is still relatively calm at the moment: cameraman Bernd Effenberger filming with the MKH 8060

After completing a reportage photography project on the fishing trawler J. von Cölln, film maker and photographer Werner Lebert simply couldn’t wait to get back to the open sea. A year later, he was able to return to the J. von Cölln to make a documentary film on the lives of the trawlermen who take on the toughest conditions in pursuit of the catch. Also on board was a compact Sennheiser MKH 8060 shotgun microphone, which, just like the film crew, had to withstand the forces of nature.

Assigned to a fishing area in the northern Skagerrak and between the Shetland Islands and the Norwegian coast, the J. von Cölln is a trawler operated by the Cuxhaven-based company Kutterfisch. The waters it fishes are tough: For a film crew, conditions out at sea are among the most challenging imaginable. Force 10 or 11 gales are the order of the day, and the 40-metre-long and 10-metre wide fishing cutter is tossed around at the mercy of the relentless waves. “It’s not a question of whether or not you get seasick,” explained Werner Lebert. “The question is whether you get so seasick that you have to leave the boat and get back to dry land. And 90 percent of film crews have to do just that!” 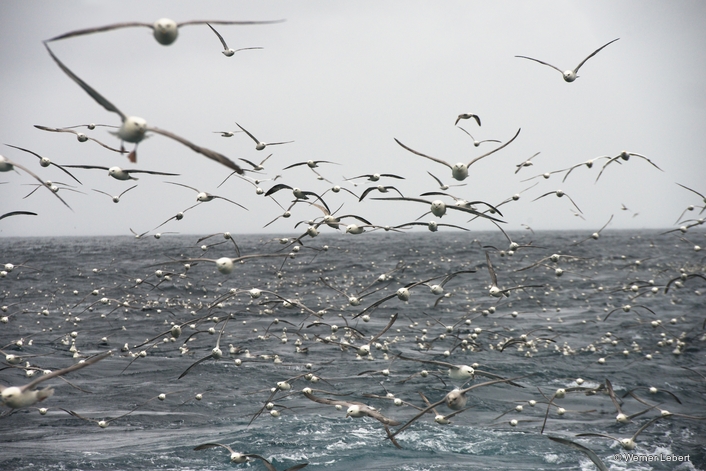 The high seas are also a problem for the recording equipment itself, although the challenges are naturally somewhat different in this case. The salt content of the North Sea is much higher than, for example, the Baltic Sea, and in some places it is even five times as high. This means that every part of the equipment has to be reliably protected from spray and splashing waves. 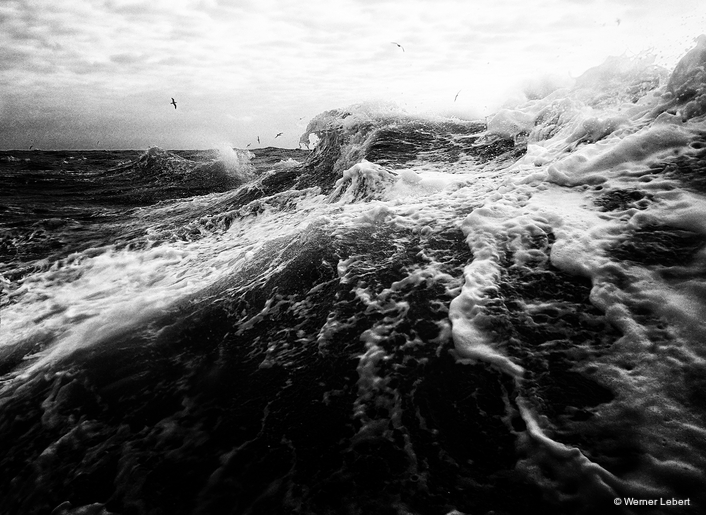 “It’s not a question of whether or not you get seasick,” said Werner Lebert, commenting on the tough conditions at sea

The microphone equipment also has to cope with extreme wind conditions. To protect his MKH 8060, Werner Lebert used an MZH 20-1 hairy cover together with an MZW 20‑1 basket windshield and an MZS 20-1 suspension/pistol grip for his camera. “Let me just say this: the performance of this microphone is simply sensational! You just can’t beat its compactness, and that’s a huge advantage when you’re filming outdoors on the top deck, strapped in with a mountaineer’s harness to keep you from being thrown overboard. But even in these conditions, the microphone worked perfectly.” 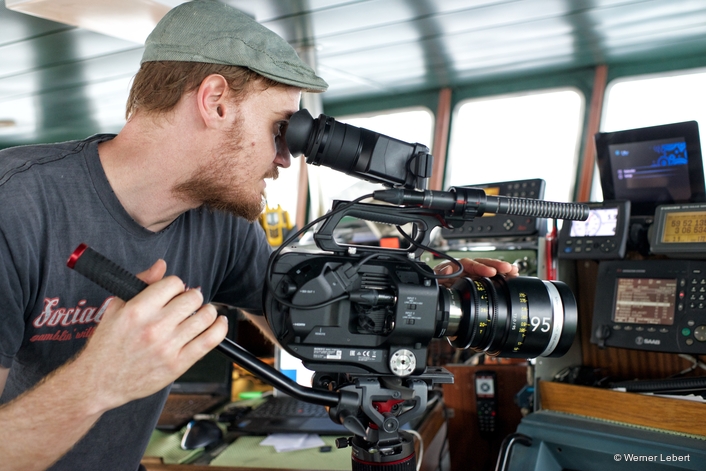 Compared to the outside recordings, filming on the bridge was much more pleasant

Lebert and his cameraman Bernd Effenberger also needed to be inventive. At winds of force 6 or higher, working with a microphone boom on the observation deck is out of the question – the wind will simply tear it out of your hands. Lebert solved this problem by constructing a windbreak using the trawler’s reserve fishing nets, behind which he and Effenberger waited patiently to capture the best shots of the waves and the unique atmosphere.

Furthermore, during the recordings on the extremely cramped factory deck, the MKH 8060 succeeded in authentically picking up the audio signals and the different sound levels that are generated in the engine room and the fish processing unit, with its conveyor belts and countless spray nozzles that clean the gutted fish with salt water. “Down here, the higher and lower audio frequencies are close together, yet even in this case we were still able to achieve very good results,” explained Lebert – a view also shared by Daniel Cada from Schreckenberg Film in Darmstadt, who was responsible for cutting the film and for the soundtrack. All that was needed was a slight cleaning of the audio track to produce outstanding atmospheric sound.

“The really great thing about this microphone is how quickly it can be set up. We had cables with lengths of between 2 and 10 metres on board, and it soon became clear once again that quality always pays off in the end. During those scenes where the net is being drawn in, only hands-free operation is possible, so fast attachment of the microphone was a decisive advantage.” 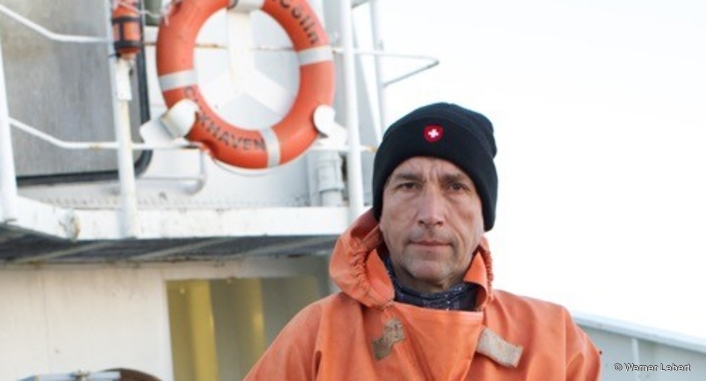 Practical tips from a professional

Before starting his documentary, Werner Lebert collected some useful tips and tricks from experienced sound engineers but reality on board the trawler frequently caused him to improvise with very simple solutions, such as the windbreak for outside recordings on the top deck mentioned above. Here are a few more of his tips for film makers: