Orad a Winner in Colombian Elections 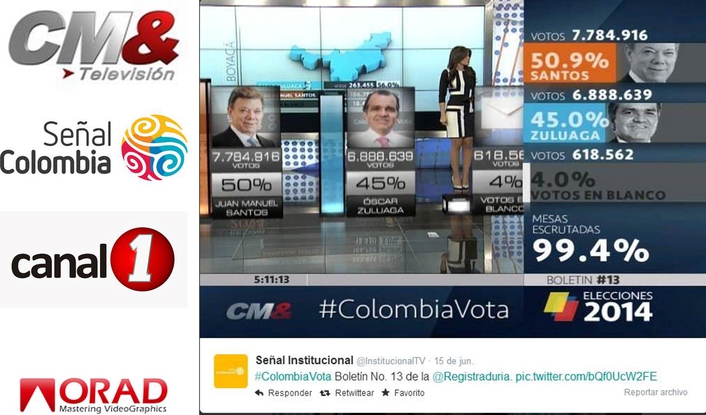 “We are extremely satisfied with the up-to-the-second data, quality and sophistication of Orad on-air graphics presentation. The entire creative process with emphasis on the fine details ensured that both rounds of the election broadcasts, which were followed closely by the Colombian people, provided visually rich and up-to-date information,” comments Claudia Cardenas, production manager at CM&. 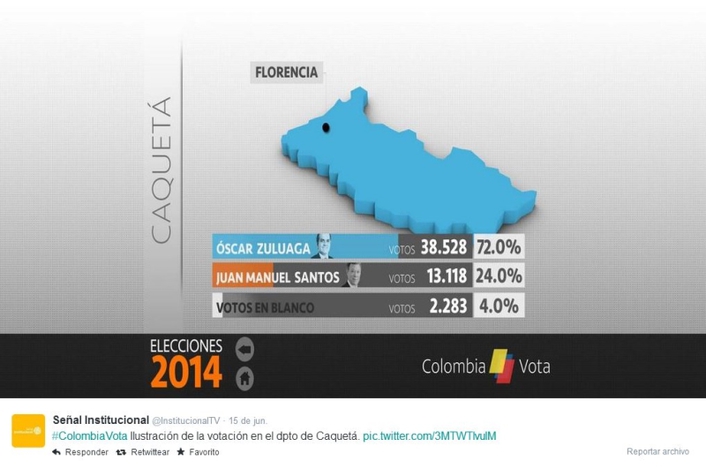 Every three to five minutes, the on-air graphics were updated with the latest data from the government’s official database. Unlike other broadcasters who took longer to display the updated data, CM&, Señal Colombia and Canal Uno were able to present the accurate data within seconds of the updates. The lower thirds and 3D virtual country maps displayed a realistic representation of the voting status at all times. “In the second round of the elections, we displayed the precise standing of the two candidates along with the amount of white protest votes. The presenter was able to call up from her iPad maps of each region with its capital and voting status,” comments Bibiana Rosero, deputy TV manager at Señal Colombia.

“In addition to rich graphics and interactive displays, we also engaged the viewing audience at home by providing ongoing feed to our Twitter and Facebook pages. The addition of social media to the election broadcast enabled viewers at home to live through the electoral experience,” says Canal Uno’s General Manager Jorge Acosta.