Orad’s MVP 3.3 Released – Richer in Features and Faster in Operation

Orad MVP New Marker Design with 3D look and a beam
Orad released the newest version of its Emmy Award Winning MVP, offering greater performance and richer enhancement capabilities. Amongst the new features are Run by Run (RBR) where only the desired player continues to move while the others in the frame are frozen in place. Also available with MVP 3.3 is the new and improved iFly enhancement with smooth camera movements and fast clip creation, allowing object tracking arrows and players’ highlights while virtually flying from one camera to another. 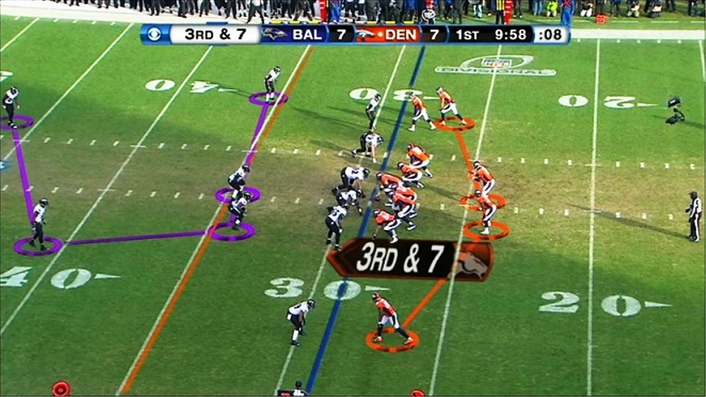 Enhancement clips helps the talent to better tell the story and therefore fast turnaround of a clip is a key factor for successful production. With MVP 3.3’s new clip preparation wizard, enhancements such as iFly, Run by Run, and Eraser can be quickly prepared. Players can be quickly erased/frozen/highlighted on the video feed, significantly reducing the clip preparation turnaround time.

MVP’s 3D tracked telestrator tool can be used in a studio environment enabling the commentator to control the video and draw graphics on screen or on field. The touch telestrator application’s new design is integrated with Orad’s PlayMaker sport replay server, enabling the user to go directly to a specific video location by merely tapping on its thumbnail. The presenter can change the display on his touch device.Using MVP 3.3 dual output capabilities, one output is sent to the device that the presenter is interacting with, which shows the complete interactive scene; the second output shows a cut-out section enlarged to full screen, so that user-interface elements are not shown. During the production the users see just the story elements that are the focus of the production.