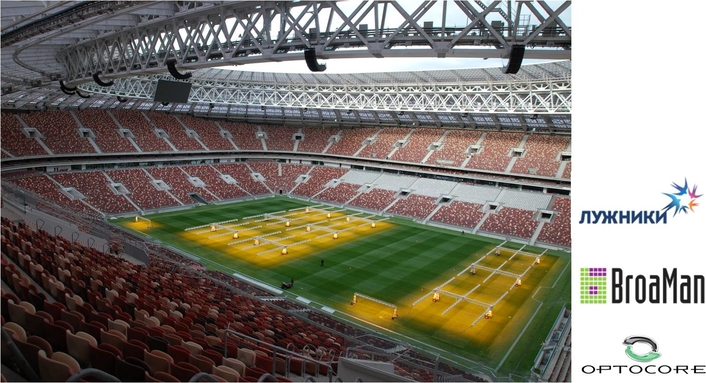 When Moscow’s original Luzhniki Stadium was demolished in 2013 to give way for the construction of a new stadium, it was with the 2018 FIFA World Cup in mind.

At the end of 2015 a new tender document was drawn up on behalf of the principals, The Big Sport Arena Luzhniki, for the 81,000 seat stadium, with the technological requirements detailed by Moscow integration specialists S-Pro Systems, together with the German company Broadcast Solution.

Selected by the Russia 2018 FIFA World Cup bid as the venue for the Final, the Stadium will also be used as a heritage venue after the Championship.

At the heart of the new network broadcast transmission are some 57 Optocore and BroaMan fiber interfaces, designed in a fiber ‘star’ out of the ring topology, and supplied by Moscow-based distributor Audio Solutions. After the bid was accepted they became involved in the project as an S-Pro partner, with responsibility for equipment supply and warranty service management of the whole system. 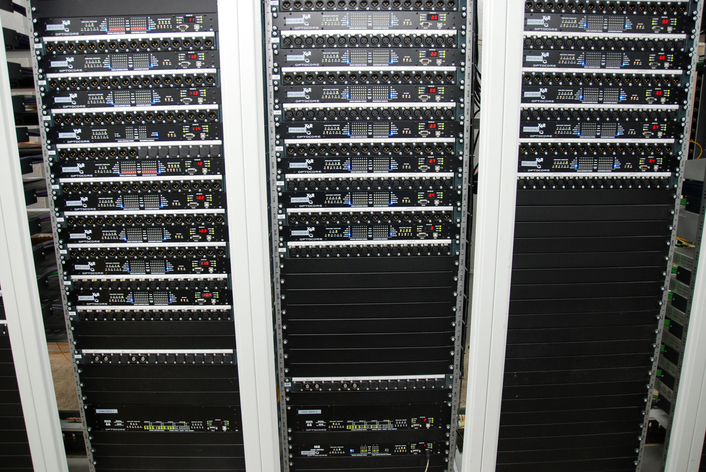 They were able to demonstrate the advantages of producing a site-wide multi-node fiber transmission system and broadcast/multi-format links to the OB vans.

“Optocore I/O modules also have a wide working temperature range, which was one of the important criteria for choosing equipment for this project.” 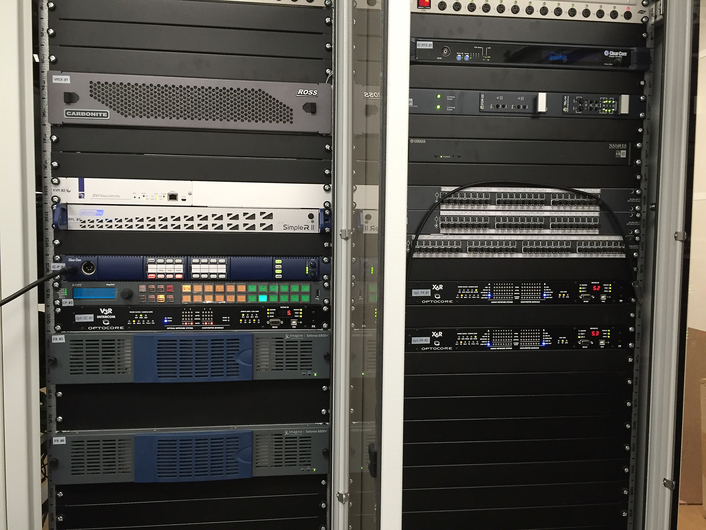 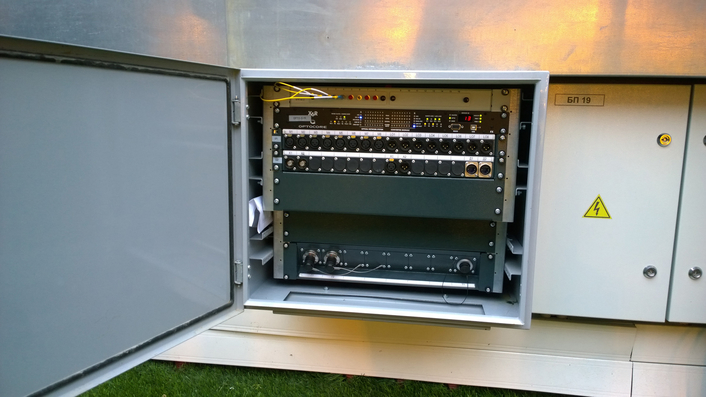 With the Optocore systems widely distributed across the stadium, various tasks in terms of audio maintenance could be implemented with all events taking place (other than football matches).

To expedite broadcast requirements Audio Solutions turned to Optocore’s associate company BroaMan, which in turn harnesses the power of Optocore. Two of the new Route66 AutoRouters are stacked, with each fiber node connected independently through the Route66.  “The combination of redundancy and ability to close the Optocore loop automatically when active devices are added or disconnected, are the main advantages of the BroaMan Route66 AutoRouters,” states Kovalev.

The installation also takes advantage of economies, for example the Optocore TP devices are separated and placed up to 50 meters above the main FX devices — resulting in the need for fewer FX devices and less fiber cabling.

The system, which conforms to all worldwide broadcast standards, has certainly met the approval of The Big Sport Arena Luzhniki and Igor Kovalev says that with the successful fulfillment of signal conversion and audio/data transport — with the delivery of pristine, low latency audio — all objectives have been met.

“The great advantage of an Optocore solution is that there is no interference from  power cable runs, perfect EMR isolation and it has extremely flexible functionality, with the ability to handle any audio transport tasks with ease, over long distances,” he concludes.

About BroaMan
BroaMan (Broadcast Manufactur GmbH’s) high quality products are aimed at the broadcast and installation markets as well as production companies, sport facilities, professional AV integrators and many more applications. The company offers customised solutions for every application that requires video, audio and data transport or routing – whether a big and complex system for broadcast studio or OB Van, or a simple point to point for a small church, conference hall, etc. With DiViNe (Digital Video Network) all open standards can be integrated — digital video, audio, Ethernet and intercom — on the same fibre infrastructure.