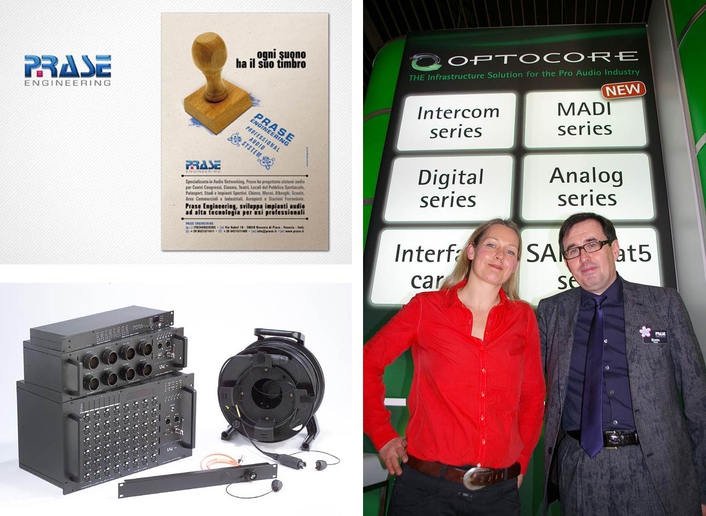 Following the direct contact between the two companies at Prolight+Sound in Frankfurt last year the agreement was confirmed by Optocore marketing director Tine Helme and Ennio Prase, founder of the Venice-based company.

“This opens up an important new channel in Italy for us,” stated Helmle. “Ennio and his company fit perfectly with Optocore — they are strong in permanent install and the AV market, and with our new MADI switches we can hit both these markets.”

She added that the catalyst for the appointment had been Duran Audio, which Prase distributes, and with whom Optocore has a partnership arrangement. 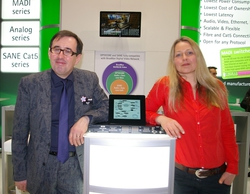 Ennio Prase also welcomed the move. “It’s great that a major player is recognising the opportunities that exist here in large-scale contracting,” he stated. “We had known Optocore more for live sound applications in the past but we invest heavily in pro audio, and we needed a low-latency signal transport system to boost our infrastructure.”

With a workforce of 30 based in Venice Prase Engineering celebrates its 20th anniversary this year. Five of the company’s experienced engineers have already undergone full OCT (Optocore Certification Training) with support engineer Maciek Janiszewski and the company will now be introducing the various network solutions via carefully assembled demo racks and a series of open days.

Ennio Prase believes there are huge opportunities for Optocore in Italy — principally due to the fact that it’s an open platform. ”We are quoting on a series of huge projects including massive multi purpose halls where low latency will be a key factor. We are already working with transportation hubs (railway stations) and stadiums. Multi-purpose venues are becoming more and more popular — with the ability to host a variety of functions under one roof — and an Optocore network will help increase that versatility.”

Prase says he now plans to increase market penetration by opening a second office in Milan this spring.