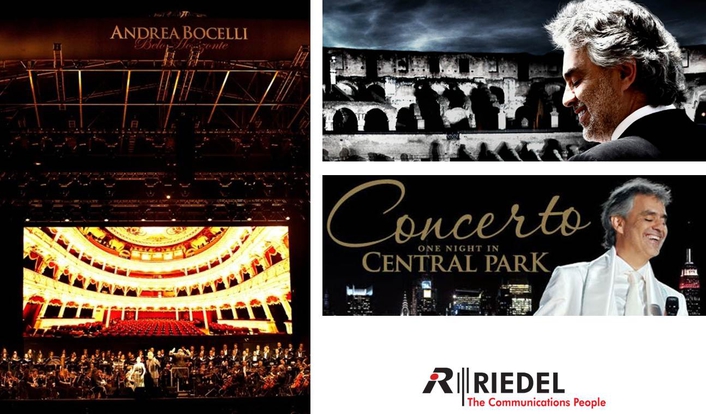 For the event in Belo Horizonte, the Brazilian rental and live production provider Loudness was responsible
For distributing the on-site audio, the organizers of the live open-air concerts of Andrea Bocelli in New York and Belo Horizonte used a RockNet installation from Riedel Communications, one of the largest manufacturers of real-time networks for video, audio and communications.

The two open-air concerts in New York and Belo Horizonte of Andrea Bocelli, one of the most famous tenors world wide, were two of the biggest high-class live music events in each city. The audio distribution within the two locations was one of the major obstacles, audio engineer Andrea Taglia, who was responsible for both shows, needed to overcome. While the location in the New York Central Park was of nearly 600 x 1,000 feet, the location in Belo Horizonte was even larger; including an over 1,300 feet long avenue next to the stage. To provide a satisfying audio distribution and reliable PA system, Andrea Taglia used six RockNet 100 devices at the events.

“I was really afraid about how we should distribute the signal through the delay lines for the concert of Bocelli in Central Park, as the six delay lines needed to be distributed on a field over 180m wide and 310 m deep", said Taglia.

He further explained that the small time frame was another obstacle that made the installation more difficult: "We were only able to install the cables just the day before the show, because we were not allowed to work on-site any earlier. Therefore I was looking for a redundant and fool-proof system and obviously Riedel RockNet came as the solution: we did not run into a single problem and I nearly forgot it existed during the event."

For the event in Belo Horizonte, the Brazilian rental and live production provider Loudness was responsible for the audio system at the event, which consisted of one Midas LX3 and two Midas XL4 consoles as well as a L-Acoustics K1 system, while three towers of JBL Vertec 4889 were used for as delay towers on the avenue. Andrea Taglia had to deal with the similar demands as in New York. "The other open air event in Belo Horizonte, Brazil was even larger than Central Park", he continued. "This time we faced a 410m long audience standing on a road that had been closed to the traffic just on the morning of the show day itself." 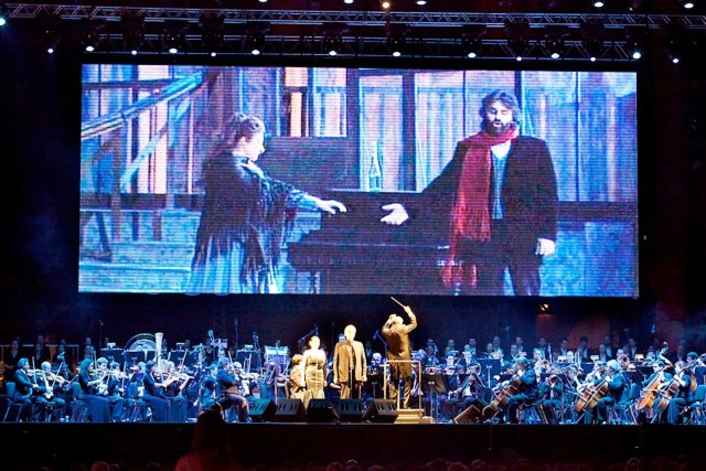 Taglia's past experiences with RockNet at the New York show, made him confident that RockNet would be the best solution. "Riedel RockNet is a very transparent, reliable, full redundant system that allows a quick set-up offering all the confidence that a full broadcast engineered product can provide”, he summed up the two events that both attracted more than 60,000 spectators.