OPAL'TV, the Regional TV of the Opal Coast Starts Up with TriCaster 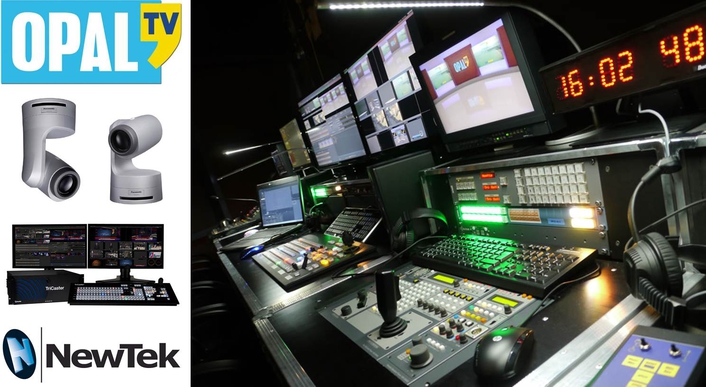 .
Thanks to the evolution towards Digital Terrestrial Television, finalized in France two years ago, numbers of regional televisions had the opportunity to benefit from the opening of new channels and the decrease of the costs that it involved. Opal'TV shows the example on how a local television can make the most of what they have in terms of space, budget and staff to offer network quality programs to their audience.

2011: Phase 1
Opal'TV is a brand new local television. They set up their production workflow in two phases. The first phase took only a few months before they started to broadcast their first shows. After overcoming the administrative barriers to get all the licenses and authorizations, they entered in the research phase in the summer of 2011. They first started to plan the production workflow. The staff hired was made of production professionals "I personally come from a production company", says Laurent Galet, production director at Opal'TV," We were all production professionals from the beginning, that’s why we are able to do everything in-house".

Everybody had quite some work to do when they first started, as all the staff arrived in an empty studio. Once the team was formed, they set-up their post production system, they bought the cameras and most of all, they defined their programs' content. The connection was made by October 2011 and they went on air for the first time mid November 2011.

2012: Phase 2
After a year of broadcasting, Opal'TV had built a brand and an audience, the program's content was solid. In the summer of 2012, the second phase could start. Another local television had lent them a TriCaster Broadcast. Because of the six inputs, the global integration of the physical inputs, the DDRs… The trial of this first version of TriCaster let them wanting to know and do more with TriCaster.

Today, Opal'TV's studio is fully equipped with NewTek's systems. The backbone of the studio is a TriCaster 855, paired with the control surface, to operate the live shows. Opal'TV produces a large variety of content in the studio, such as news magazines, talk shows and weather forecasts, all shot in virtual environments. Two great TriCaster add-ons software, LiveText and Virtual Set Editor, allow them to enhance the production by adding custom-made titles and graphics. They create their own virtual sets in 3D and integrate them in the TriCaster with Virtual Set Editor.

Feeding The Live
The virtual sets capabilities of TriCaster gave Opal'TV's team the opportunity to create different environments for various programs. "We use Virtual Set Editor a lot, we closely follow the future developments of NewTek's software."Opal'TV also has a mobile unit. They produce sport programs and report local events such as concerts or any live event to feed their talk shows. The OB Van is equipped with a TriCaster 450 and a control surface LC-11 to operate the TriCaster. For sport live broadcast, they also acquired a TW 850 in order to be able to complete their production workflow with a replay channel. 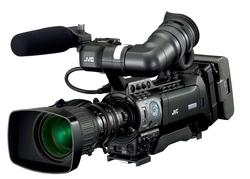 Besides TriCaster, the studio is equipped with a SNELL HD 34x34, a Turbo T2 from Grass Valley and a Roland M300 audio mixer. Three remote cameras PANASONIC AW-HE100 are used for capture; these cameras are perfect to precisely match the virtual sets, even during live production. To capture live actions with the mobile unit, the production team opted for JVC GY-HM790 HD cameras.

Three Good Reasons…
Most of TriCaster's users chose the multi-camera production system for three main reasons, the cost, the space needed and finally all the capabilities that TriCaster offers. "It appeared to us that the price performance of the TriCaster was unbeatable", says Laurent Galet, "so many capabilities in such a compact box? No other system can rival TriCaster ".The main challenge was finally to build everything in such a short amount of time, now Opal'TV looks towards the horizon and is looking forward to seeing what TriCaster has in store. "We are very confident in NewTek's future development", says Laurent Galet. 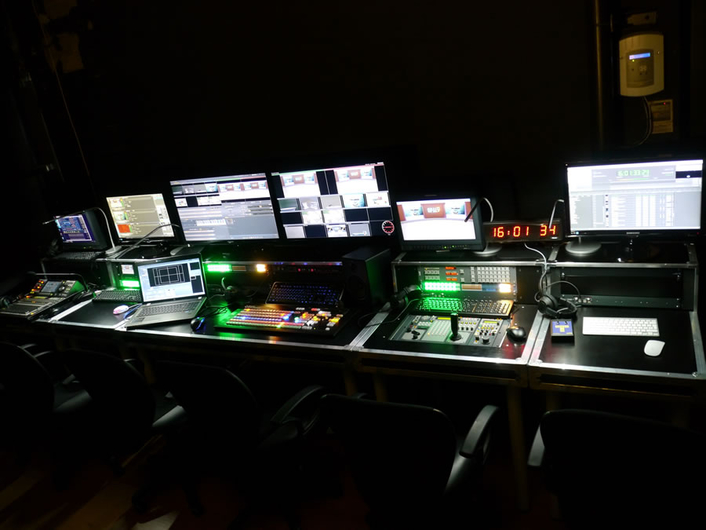 Opal'TV is the local television of the French Opal Coast which broadcasts local news from Calais, Dunkerque, Saint-Omer and Boulogne. Opal'TV is the voice of many local associations, communities and infrastructures.

Today Opal'TV reaches an audience of 1 million viewers and wishes to make it grow bigger. "We will soon enter phase 3 of Opal'TV's creation and enhance our presence on the internet. Thanks to TriCaster's streaming functions, we will soon offer Opal'TV in live stream".