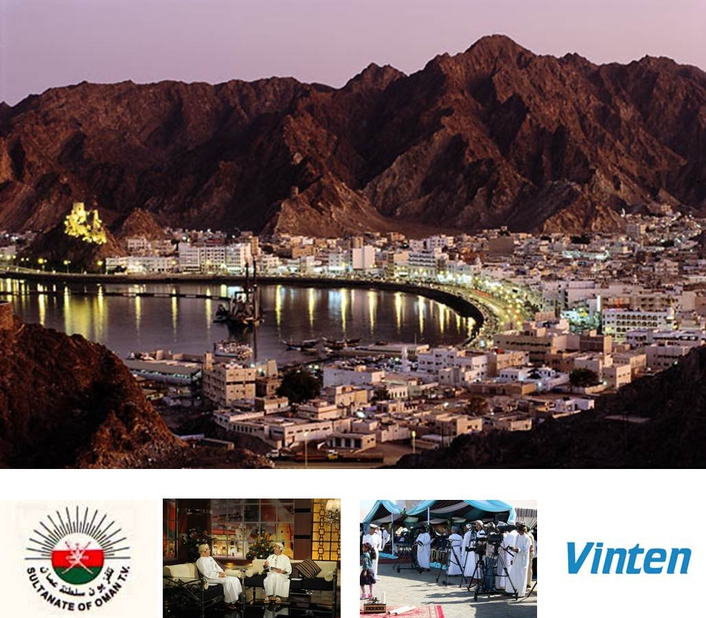 Sony Professional Solutions MEA (PSMEA) is implementing the system integration for Oman TV’s new $69 million broadcast complex, which launched in November 2011. The Vinten and Vinten Radamec products were selected by Oman TV as part of an international tender and are due to be delivered to the studios by the end of April 2012.

The order, for a total of 100 Vinten and Vinten Radamec products, includes Vinten’s Quartz two Pedestals, Vector 750 and the Vision 100 pan and tilt heads, as well as Vinten Radamec’s FH-100 Fusion heads and FP-188 robotic pedestals.

Vinten’s Quartz two pedestals can accommodate a wide range of camera, lens and teleprompter combinations and offer precise crab and steer control from a central steering ring to enable easy repositioning.  The Vector 750 and the award winning Vision 100 pan and tilt heads include Vinten’s renowned TF drag system which is designed to offer complete control at any level of movement, giving  total reliability and consistent performance. The Fusion FH-100 robotic and manual head include all of the standard manual and robotic capabilities of the Vinten Radamec range.

The Vinten and Vinten Radamec equipment have been chosen as part of the project  to provide a future-proof infrastructure that will position Oman TV as the technology leader within the region’s broadcast industry. Viewers of Oman TV will be the first in the region to experience the superior quality of high definition content production and distribution. The complex, based in the country’s capital, Muscat, will include four digital production studios, a news editing hall, three radio studios and production rooms.