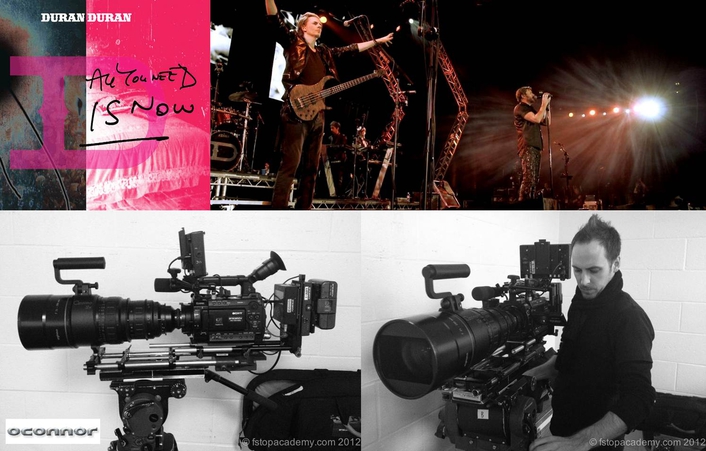 For a Duran Duran live concert, Den Lennie and his crew have chosen a range of OConnor 2575 and 2060 fluid heads
When Den Lennie was asked to be DP for a Duran Duran live concert in the Manchester MEN Arena last year, he was looking for some solid heavy duty camera support. His choice fell on a range of 2575 and 2060 fluid heads by OConnor, part of Vitec Videocom, a Vitec Group company.

The team shot the two-hour gig very unconventionally with 14 Sony PMW-F3 manned, five fixed camera positions and another three roving around the arena hand-held to get audience interaction and perspective. The F3 cameras were equipped with heavy Angenieux Optimo 24-290 Cine Zooms and ARRI/FUJINON Alura 45-250 zooms. 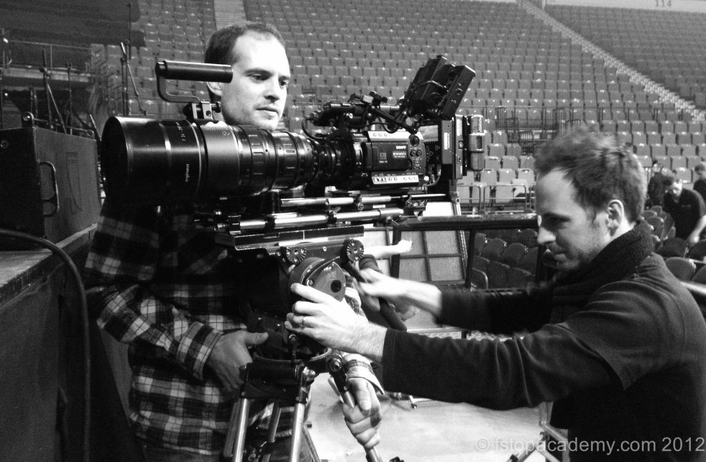 ”There are two key challenges when shooting live music,“ Lennie says. ”One thing is the throw to the stage as well as the height required to clear the audience and the other thing is dealing with bass frequencies. The first is largely determined by the venue, stage manager, tour manager and the fact that seats have been sold. As a result, we are not often able to put the cameras in perfect positions despite the fact that we are shooting the tour DVD. The bass frequencies present us with a second challenge in that the stage risers that we have access to are generally not solid enough to give a stable shot without the bass causing vibrations that transfer through the staging to the camera lens – regardless of how solid your tripod is. So we had to dump the staging and work off the concrete floor. That meant our legs were fully extended but we still needed solid smooth control as the style of the show was frequent moving shots.“

”A number of the crew had never worked with OConnor before,“ says Lennie. ”We all commented on how solid yet smooth they were. They gave us the control we needed without limiting our ability to move the camera creatively. The heads were simply amazing.“

Den Lennie shot at 290mm on a single of Simon Le Bon, the lead singer. ”It was a breeze – I felt in complete control and despite the payload, the head was responsive to my every command. I felt the camera became an extension of me and not some large unwieldy tool.“

”There are certain types of filmmaking gear that I regard as no compromise 'must haves'. Setting aside a great lens and some way of controlling light – the number one on my list is a great fluid head tripod“, says Lennie. Den, who has worked in the industry for over 20 years and in every major TV genre conceivable admits that he had always seen OConnor as being 'Out of his league'. ”I thought OConnor only made expensive tools for the big guys but I was wrong. I discovered the 1030 fluid head. This is a scaled version of the larger heads and offers all the same feel as its larger brothers. I'm looking forward to working with it in the future! The new 1030 range is very affordable and the O-Box mattebox and the other camera accessories complement the main tools exceptionally well at a price that won't make your eyes water.“

DP Den Lennie is based in the UK one of the world’s leading coaches on the new wave of digital film making. He runs an online film school at www.fstopacademy.com and specialises in small group film making workshops all over the world.