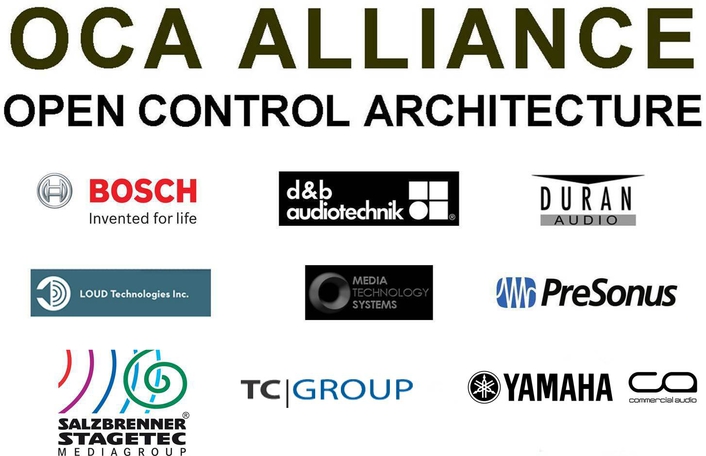 Open Control Architecture (OCA) defines a flexible and robust system control and monitoring standard that covers the entire range of professional media networking applications, from the smallest to the largest.

The OCA Specification
The OCA 1.0 specification is a draft standard for the remote control of equipment used in professional media networks. The specification includes the definition for the overall architecture of OCA, a detailed list of possible control and monitoring actions and functions, and a definition of the communication protocols that will be used by OCA compliant devices.

OCA 1.0 is the result of 10 months of intensive technical collaboration among the nine founding OCA members. Martin Renz, Software Development Team leader from OCA Alliance Founding Member Company d&b audiotechnik commented, “At d&b audiotechnik, we are very pleased with how the definition of the protocol progressed, as it proved to be an open and very efficient communication from all sides. It was really a team effort. The improvements to the protocol with the best points on the table won, irrespective if changes had to be made to the existing code implementation. The requests of the various market segments represented by the Observers and manufacturers of the OCA alliance were integrated into the protocol very quickly.”

"Yamaha believes that the founding members of the OCA Alliance have collaborated very efficiently and cooperatively to complete the V1.0 specification on schedule. We look forward to OCA becoming a very useful tool for the industry in the near future", commented Kaz Kobayashi, General Manager, Yamaha Pro Audio Division.