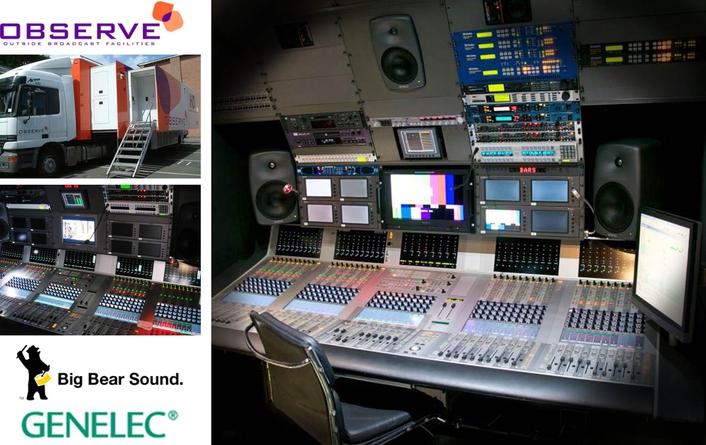 Observe is one of Ireland’s leading Outside Broadcast (OB) providers and offers services to a wide range of productions, from sport to light entertainment to special events including state visits. Recently, Observe has handled some of Ireland’s most memorable events, including Queen Elizabeth’s historic state visit – the first from a UK Head of State in 100 years.  Crucial to Observe’s success in this area are the company’s OB trucks which, for both reliability and performance, have been kitted out with Genelec’s 8000 Series of active monitors.

Observe has delivered successful OB services for The Voice Ireland and the Six Nations Rugby broadcasts, both at home in Dublin and as host broadcaster in Rome. Observe also holds the contract to supply OB facilities to RTE, Ireland’s state broadcaster.   The company has a solid infrastructure in place to support these events in the form of three state-of-the-art OB trucks called HD1, HD2 and HD3, as well as OBS TV, which is also equipped with Genelec 8000s, and operated by its sister company in the UK. 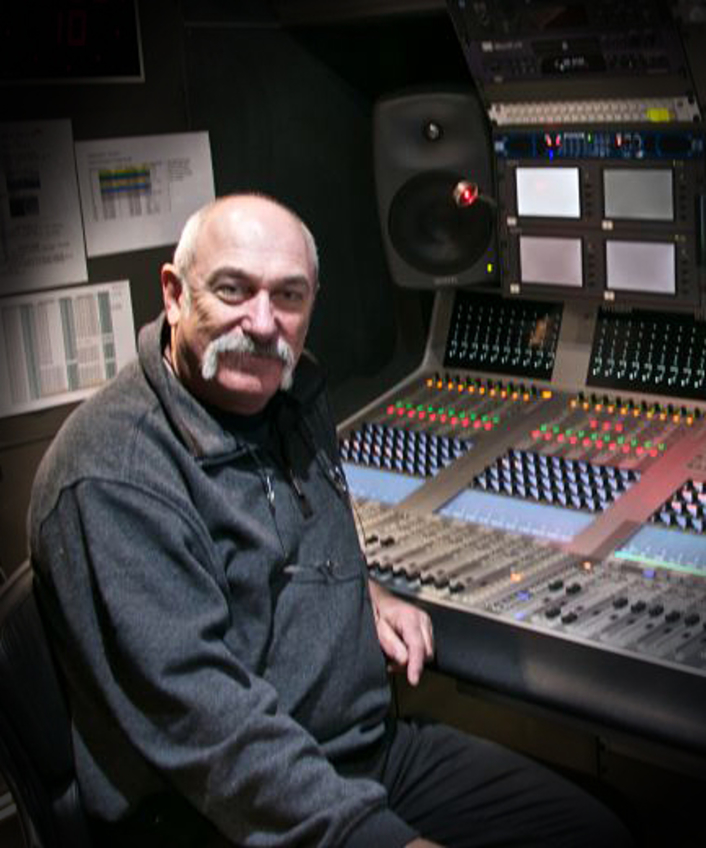 "I had used Genelec 1032s previously in broadcast TV studios, and always liked them," says Colm Flynn, Senior Sound Supervisor at Observe.  "Having the 8000 Series in all of our suites gives us a consistent sound quality throughout - very flat, neutral and accurate, without needing much EQ or tweaking."

Famed for these qualities in studios around the world, Genelec’s stellar reputation for accurate sound reproduction is all the more important on Observe’s mobile OB trucks, allowing for a speedy set up and reliable, consistent sound every time.

Supplied by Ireland's Genelec distributor, Big Bear Sound, all of Observe's main audio facilities have Genelec surround monitor systems, comprising a mix of 8050, 8040 and 8030 models, with some smaller models (8020 and 6010) used in the graphics and video production galleries, transmission/QC and uplink trucks. 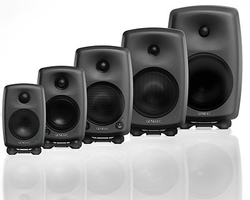 Observe's Genelec monitors are kept extremely busy and well-travelled. "In nearly 10 years of constant use, right across Ireland, the UK and mainland Europe, we've had zero maintenance issues - despite all the thousands of miles along bumpy roads,” says Colm. ”In some areas the centre and surround speakers are often moved around to accommodate screens or other equipment, or for the truck's expansion - we've never had any problems."

The mobile nature of OB means that reliability becomes all the more important. With Observe covering such a large area (stretching from Ireland across mainland Europe), equipment failures cannot be tolerated. Thanks to the Genelec monitors on board HD1, HD2, HD3 and OBS1, this has never been an issue.

With its combination of excellent performance and user-friendly features the 8000 Series is a popular monitoring choice across a range of disciplines including studio, broadcast, installed event and fixed installation. Suitable for a wide variety of tasks including near-field monitoring broadcast control rooms, surround sound systems home studios and OB trucks, the range produces high SPL output, low colouration and broad bandwidth in a relatively small enclosure size. The Minimum Diffraction Enclosure (MDE™) and advanced Directivity Control Waveguide (DCW™) combine to provide excellent frequency balance in even the most difficult acoustic environments. For mobile applications like OB trucks, the rigidity of the die-cast recycled aluminium enclosure is another vital feature, which adds to the durability of the tools on the road.

Combining the crucial elements of reliability and performance, the Genelec 8000 Series has found a home in Observe’s OB trucks, offering the company peace of mind without any compromise on quality.