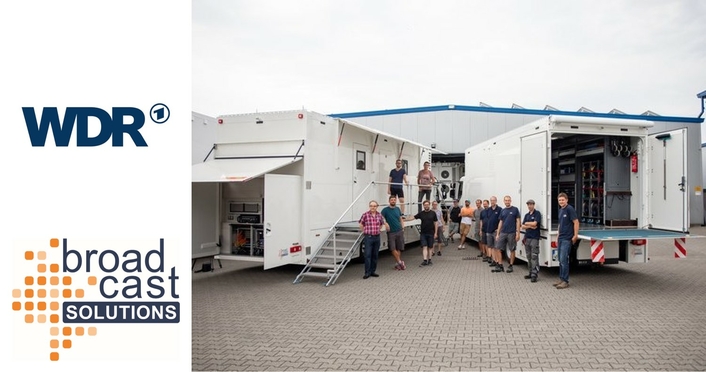 Systems integrator Broadcast Solutions has built a new 6-camera television OB van, named Ü3, for German public broadcaster WDR. WDR is the biggest broadcaster in the German association of public broadcasters – ARD. The vehicle impresses with a compact design, a well-thought-out room concept, eight flexible workstations and focuses on flexible production approaches and novel interconnectivity and stagebox solutions. During planning and implementation, many considerations regarding the function and application of a TV OB van were realised in combination with two additional new radio OB vans, also manufactured by Broadcast Solutions for WDR.

The idea behind the concept was to create a multimedia approach for an OB van reflecting the changes in media production. At the same time, WDR and Broadcast Solutions had to take into account the interaction of Ü3 with other mobile production units (legacy and new, TV and radio) of WDR. The newly built Ü3 is part of an overall concept and marks the start of a cross-media fleet of production tools for WDR. 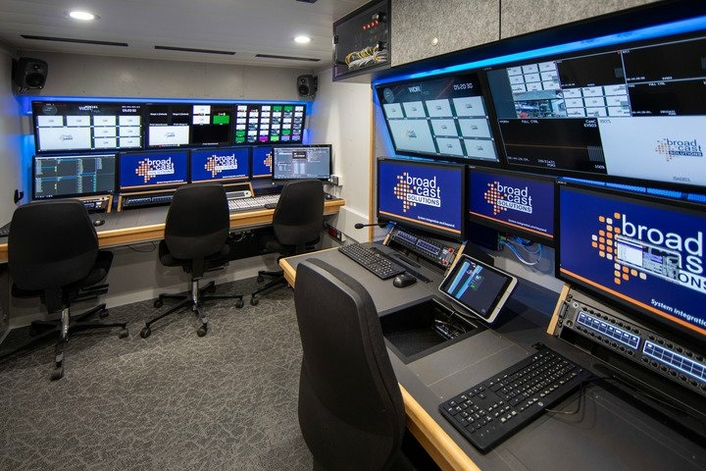 Primarily the vehicle is to be used as a TV OB van for smaller productions and is equipped with all necessary video and audio technology. In case the audio capacity (a Lawo mc256 console with currently 16 faders is installed) of Ü3 reaches its limits, e.g. at larger productions such as classical concerts, Ü3 will work in combination with a radio OB van taking over the audio production. Ü3 will then work purely as a video production tool. In such situations, the entire audio production is outsourced and handled by a radio OB van. The audio workplace in Ü3 is then available for other activities. 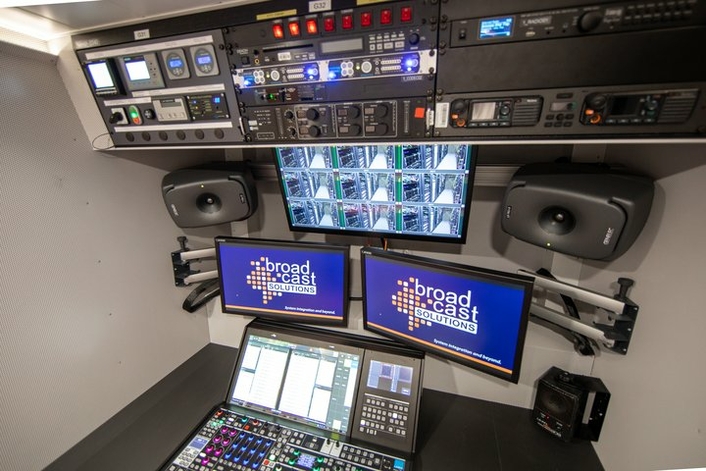 At the heart of Ü3 is a decentralised Riedel MediorNet UHD structure, that marks the first-ever use of the new UHD cores worldwide. Six of these devices are installed at a different place within the vehicle. Another seven are mounted in stageboxes, which contain the camera CPUs as well as all audio, control and IP interfaces and can be placed flexibly in the set or near the stage. The cabling is done exclusively via fibre optic and Neutrik MTP12 connectors. Entire productions can be realised with just one cable coming from the back of the OB van – a second cable provides full redundancy. OB van Ü3 and a respective radio OB van are connected by the same system using one fibre optic cable and a MicroN, running in the audio OB van. 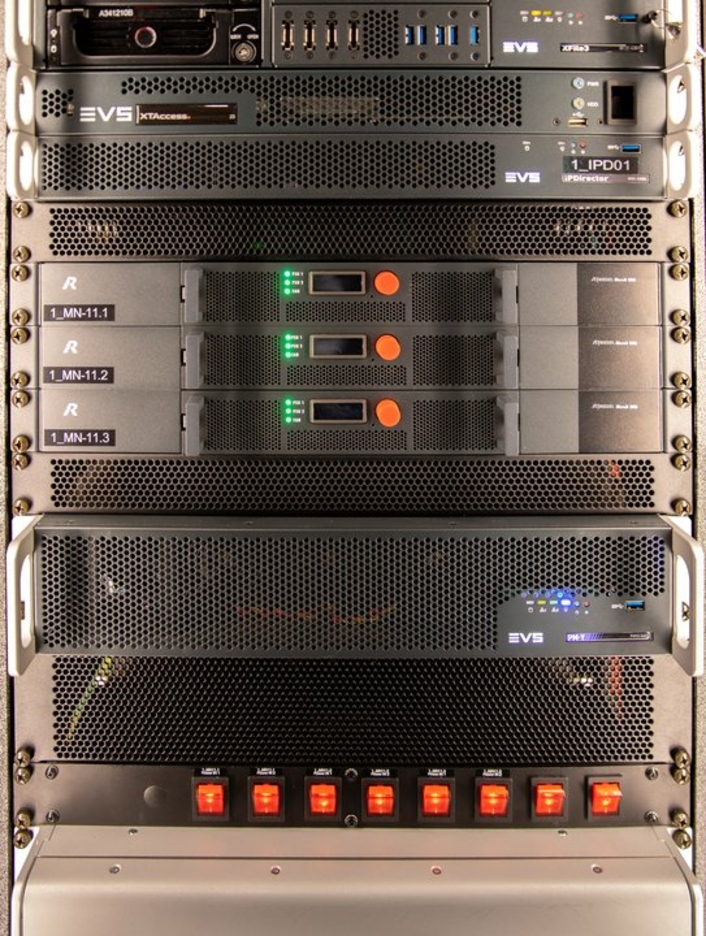 All workstations within Ü3 are planned with a maximum of flexibility. Tasks and teams can easily swap between workplaces, and work can be distributed very flexibly. 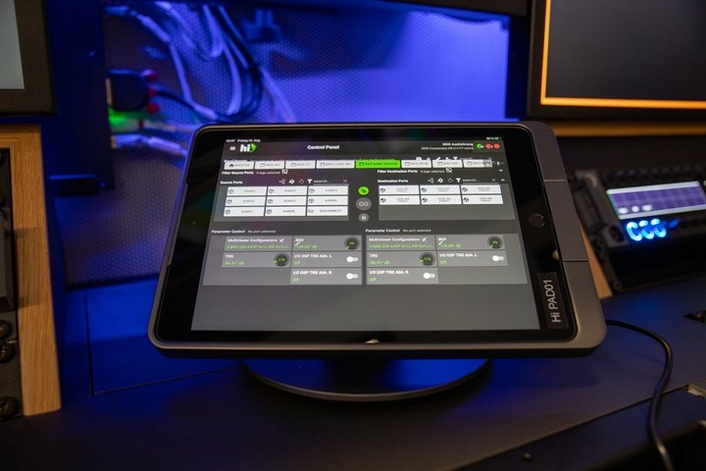 To ensure production flexibility and to maximise workplace and equipment utilisation Broadcast Solutions and WDR implemented the hi human interface control system, an in-house development from Broadcast Solutions. To implement and work with the flexible workstation concept and the unique camera/video/audio stageboxes, the hi system offers many advantages. All system components and their configuration can be addressed and modified easily by the WDR team without the need for external support. WDR's additional demand to receive a vehicle that is IP- and UHD/HDR-ready is perfectly supported and anticipated by the hi control system. 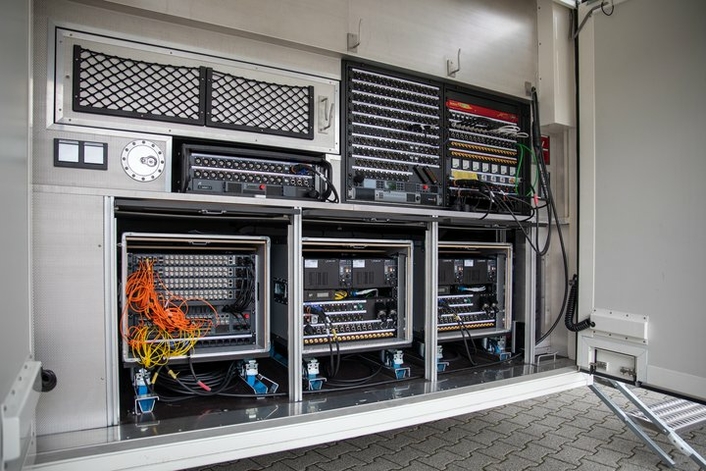