OB Trucks for the Ashgabat Olympic Complex in Turkmenistan 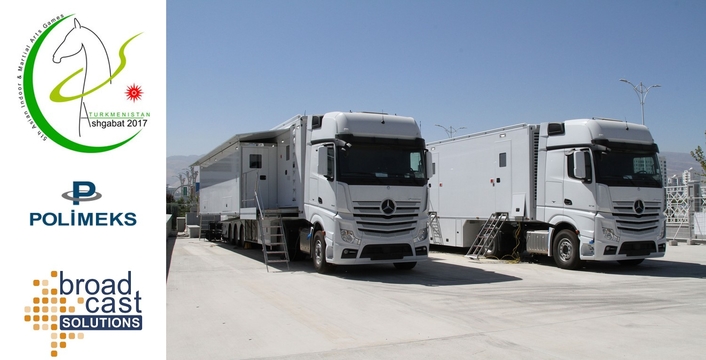 In close cooperation with Turkish company Polimeks Broadcast Solutions GmbH has delivered a huge fleet to Turkmenistan TV, consisting of 16 vehicles (4 sets) in two phases of construction. Each set of production vehicles delivered consists of an OB Trailer, Support Tender, generator vehicle and a SNG. The last set, delivered this year, is conducted entirely in UHD.

Polimeks is the general contractor for the Ashgabat Olympic Complex in Turkmenistan and coordinates all broadcast facilities on-site. All production resources were used at the 5th Asian Indoor and Martial Arts Games that took place from 17 to 27 September 2017 at Ashgabat Olympic Complex, Turkmenistan. Besides delivering the OB Vans to Turkmenistan TV, Broadcast Solutions was on-site during the competitions to support the production and the teams.

In 2015 Broadcast Solutions delivered the first two sets of eight production vehicles to Polimeks Turkmenistan. Each set consisted of an HD-OB Van for 11-15 camera productions, support van, generator van and an SNG. The large-scale contract was completed in 2017 with the delivery of the last two sets of vehicles. In readiness for the Asian Indoor and Martial Arts Games in September 2017 the last two sets were delivered to the customer. To protect the vehicles all trucks were put on a flatbed truck to be transported to the customer. Part of the last set was an UHD/4K OB Van with 15 cameras – the first ever 4K OB Van to be working in the Central-Asian country. All OB Vans offer two production areas, of which the 4K vehicles’ 2nd production is integrated into the support truck. 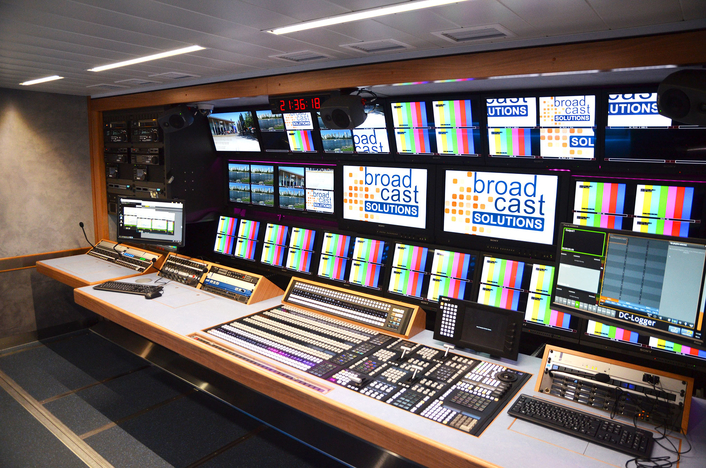 Wladislaw Grabowski, COO at Broadcast Solutions and responsible project manager, on completing this large project: “This project was the continuation of our successful collaboration with Polimeks and Turkmenistan TV. Although the project-schedule was very tight, and we completed building all eight vehicles in a record-breaking time of only seven months, we accomplished this project without any compromise on quality and cutting-edge technology.” 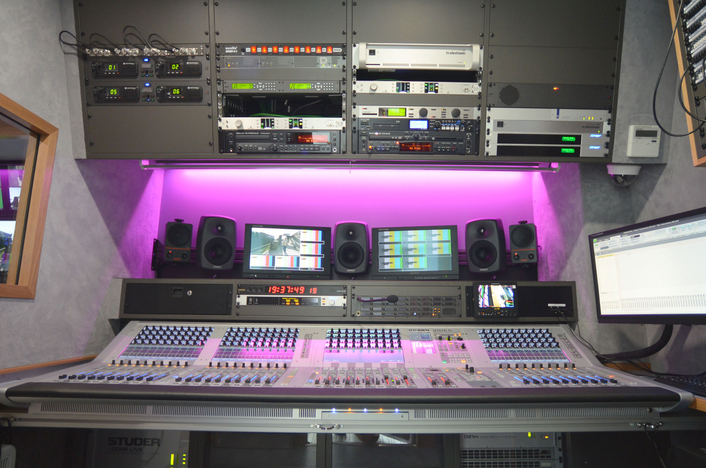 All vehicles were tailor-built to the customers’ wishes and consider some specialities of the country and purpose, especially keeping in mind the extreme climatic conditions in the region, with -20°C in winter to +50°C in summer. This is realised by highly efficient insulation plus the use of powerful air condition systems – a special field of Broadcast Solutions. Due to their design with redundant power supply and efficient UPS units, both OB Vans can be switched to generator mode interruption-free, in case an electricity failure occurs. The two SNG units (Volkswagen T6) transmit over dual band feed (extended-Ku / Ku) and thus can utilise conventional as well as Turkmenistan’s own satellite. 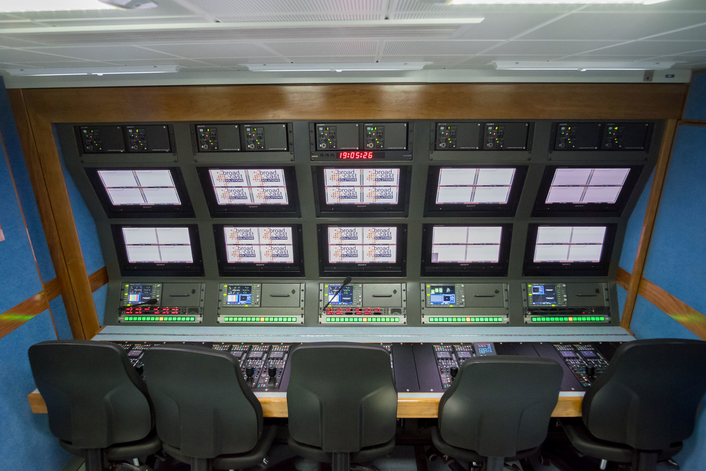