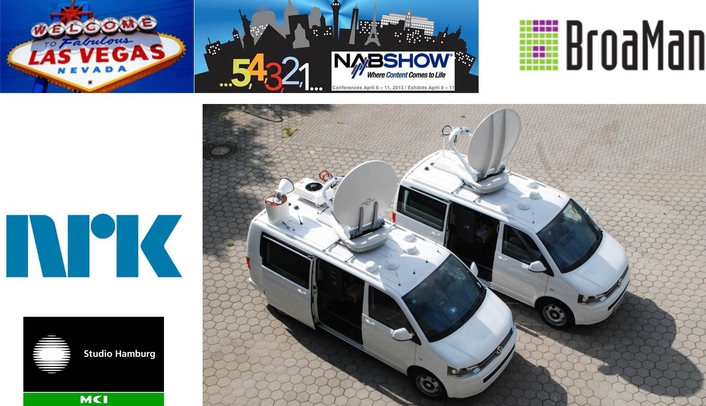 According to MCI Project Manager Götz Ahlert, his company had the BroaMan fiber solution in mind since the beginning of the installation. “The task was to set up a reliable connection between up to four TV cameras and an OB van—which in turn was connected via satellite to the broadcast center in Oslo—quickly and with minimal cabling. The BroaMan fiber units are located in a stage box on the camera side and on the corresponding side inside the OB truck.”

BroaMan supplied a unique solution for NRK, a small custom box with an SDI input and fiber output to house a single camera on one side, mechanically connected to a camera battery on the other. “Designed that way, the fiber connection is made directly with the camera unit, without any additional cables or separate boxes, providing maximum flexibility to the operator,” explains Ahlert.

In addition, BroaMan’s V3R-FX-IC444-SDI, a 4LI/4LO board with four GPIOs (general purpose input/output), enables four camera signals to be routed via a single fiber connection to the vehicle and then uplinked to the broadcast center. Transmitted in the opposite direction, a monitor picture can be sent to the camera set, which is required if a speaker is communicating with the studio. 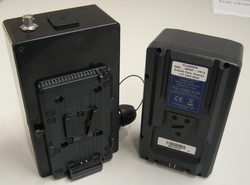 “NRK’s aim was to have a simple and easy-to-operate connection between camera and DSNG van for distances in excess of 100m. This is not possible with coax cables,” says Ahlert. “BroaMan provided us with a small, cost-effective solution with the ability to transport video, audio, data and GPIOs on one fiber cable.”

The new VW T5 vehicle is one of two, more compact OB / DSNG vans fitted by MCI for NRK. The vehicles are used for brief news reports, sports and cultural events. One operates in the north of Norway, and the other in the Oslo region. In addition to the BroaMan signal transport, MCI also supplied a small video mixer and 16x16 matrix, a Lawo audio mixer and self-positioning satellite system with a carbon antenna as part of the installation.

About BroaMan
BroaMan, (Broadcast Manufactur GmbH) based in München-Gräfelfing, Germany, manufactures infrastructure solutions for broadcast applications such as studios, OB-vans or sporting events. The turnkey solutions convert, transport and route all types of commonly used broadcast signals, including digital and analogue video, audio, intercom, and control data, over a high bandwidth fiber infrastructure. If required, this includes format conversions, e.g. from copper to fiber or from analogue to digital, as well as routing of signals based on automatic or manual rules, up/downscalers, frame synchronisers, and many more features. The company offers customized solutions for every application that requires 3G/HD/SD-SDI video transport or routing – whether a big and complex system for broadcast studio or OB Van, or a simple point to point for a small church or conference hall.