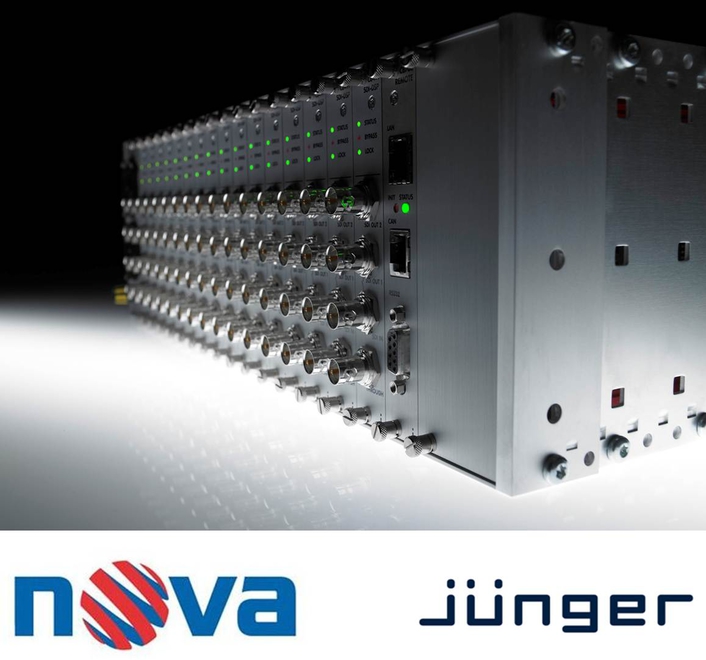 .
TV Nova, the biggest commercial television station in the Czech Republic, has replaced its former audio processors with Jünger Audio's LEVEL MAGIC™ technology to help prevent surprise level changes when switching from one audio source to another.

The Prague-based station, which began broadcasting in 1994, is now owned by Central European Media Enterprises (CME). It reaches 98% of the country's population of 10.2 million and provides a programme mix that includes its own fiction and non-fiction productions, foreign acquisitions, entertainment shows and news.

In 2008, Nova Group began broadcasting in High Definition via its Nova HD and Nova Sport HD channels. It also has a strong internet presence. It is now broadcasting five FTA channels and two online channels.

Nova Group initially invested in 10 Jünger Audio frame-based C8086 LEVEL MAGIC™, which were installed across four of its broadcasting channels. This summer, the broadcaster undertook an upgrade of its loudness processing systems by installing Jünger Audio’s new C8086+ 8ch LEVEL MAGIC™ II modules with R128 loudness processing. This means it can now comply with all current loudness recommendations.

Josef Uher, Technical Director of Nova Group, says: “It is clear to us that the decision to switch to Jünger Audio's LEVEL MAGIC™ audio processing was the right one.”

Lukáš Kobl, Broadcast Maintenance Manager Nova Group, adds: “LEVEL MAGIC™ provides a safe algorithm for controlling audio level and is functionally very reliable. Our engineers are very pleased with the performance of these units and with their overall sound quality."

"Jünger Audio's LEVEL MAGIC™ technology is providing Nova Groups channels with a viable solution to the problem of surprise audio level changes, “ says Mediatronik director Lubos Novacek. “The automated nature of the system makes it very easy for broadcasters to operate. All they have to do is install it into the transmission chain and set the correct parameters - after that there is very little to do because the system effectively looks after itself."

LEVEL MAGIC is a sophisticated adaptive loudness control algorithm that is designed to adjust the loudness from any source at any time, with no pumping, breathing or distortion. It is based on a simultaneous combination of an AGC, a Transient Processor for fast changes and a "look ahead" Peak Limiter for continuous unattended control of any programme material, regardless of its original source.

Capable of using any kind of I/O (Analog and Digital) sources, as well as SDI, HD/SDI, Dolby 5.1 and all its related metadata, LEVEL MAGIC is available in a variety of configurations to suit different applications.