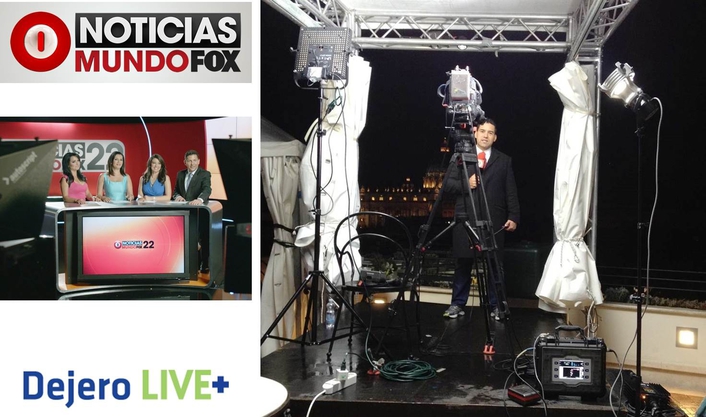 Rugged and Portable Transmitters Enable High-Quality Live Breaking News Coverage for Year-Old Spanish-Language News Network
Dejero, the award-winning creator of the industry's most powerful and versatile platform of cellular newsgathering products, today announced that Noticias MundoFOX has adopted Dejero's rugged and portable LIVE+ 20/20 Transmitters for its mobile news teams. As one of the newest Spanish-language television networks in the U.S., Noticias MundoFOX is building its entire electronic newsgathering (ENG) capability on the Dejero LIVE+ Platform.

Using the Dejero LIVE+ 20/20 Transmitters, Noticias MundoFOX news crews are able to encode and transmit live or prerecorded, high-quality HD or SD video using any combination of 3G/4G/LTE cellular networks, Wi-Fi, Ethernet, or satellite links. With this lightweight, portable equipment and a video camera, news teams can enter difficult-to-access areas and be ready to transmit in just a few minutes, all without the expense or specialized crew needed to operate a satellite newsgathering (SNG) or microwave truck. Additionally, the LIVE+ 20/20 Transmitters can go places trucks can't — on a rooftop, inside a hotel, or next to a beach, for instance.

"Budget is always a large consideration for a start-up news network. From the beginning, we've been committed to operating as cost-effectively as possible without compromising on the quality, immediacy, or completeness of our news coverage," said Armando Acevedo, director of operations, Noticias MundoFOX. "The ability to cover live, breaking news from the source is a critical differentiator but can also be a major expense area, especially if the station has to maintain costly satellite vehicles. But the Dejero LIVE+ gear provides a powerful and cost-effective alternative that our news crews can carry right into the heart of the story."

MundoFOX has deployed a LIVE+ 20/20 Transmitter at each of its news bureaus in Mexico City, Washington D.C., Chicago, and New York City, with two Dejero LIVE+ Broadcast Servers installed in the network's headquarters in Los Angeles. With feeds coming into the servers from the LIVE+ 20/20 Transmitters, operators can access the content and route it as required for playout to a live broadcast, or archive it for use in a later production. 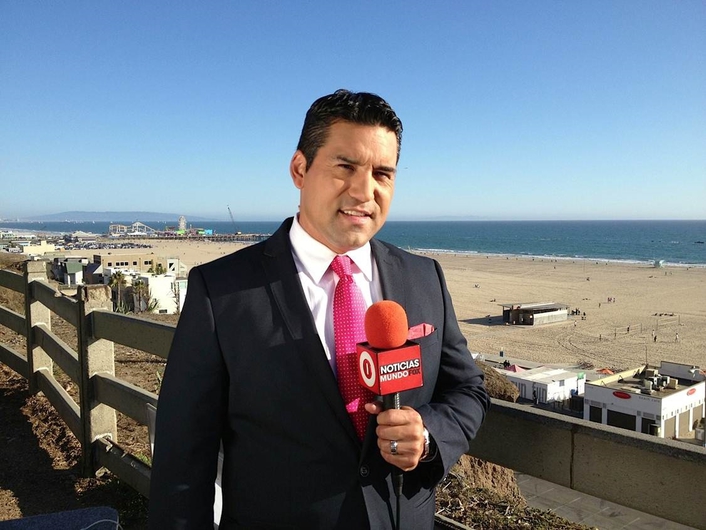 In its first year of operation, Noticias MundoFOX has used the LIVE+ 20/20 Transmitters for live HD coverage of some of the world's most high-profile events, including the resignation of Pope Benedict and the subsequent election of Pope Francis, memorial events for Nelson Mandela, the election of President Obama to a second term, and the election of Mexican President Enrique Peña Nieto.

"The versatility of using portable satellite, bonded cellular, and Ethernet connections with the LIVE+ 20/20 Transmitters means that our lean news departments can be mobile and travel to where the news is breaking," Acevedo added. "This brings a whole new level of excitement and immediacy to our newscasts that simply isn't possible with traditional ENG trucks."

About Dejero
From video capture and transmission to management and distribution, Dejero solutions help broadcasters, media companies, and organizations of all sizes reach their global multiscreen audiences instantly and cost-effectively. Dejero's LIVE+ Platform simplifies the acquisition and broadcast of live video on-air and online through a broad range of traditional and emerging uplink solutions. The platform, including portable transmitters and software for laptops and smartphones, intelligently manages or bonds wireless connections (3G/4G/LTE, Wi-Fi, Ethernet, microwave, and satellite) to deliver optimal picture quality. In addition, customers are able to centrally monitor and manage Dejero devices and live feeds in the cloud for streamlined content delivery and enhanced operational efficiency. Dejero is privately held and based in Kitchener, Ontario, Canada.