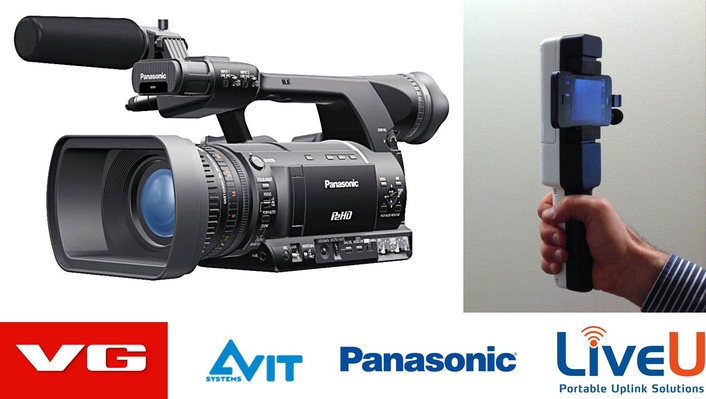 VG has long recognised the need to expand its brand and readership online and live video was identified as a very important part of that strategy. The newspaper group is using both multiple LU60s (backpack technology) as well as LiveU’s new mobile app solution LU-Smart. This app allows customers to extend their live video coverage from the field using an iPhone or iPad. Based on LiveU's fourth-generation bonded uplink technology, the LU-Smart bonds internal Wi-Fi and cellular connections, including 3G/4G LTE, to reach optimal video quality.

Pål Hansen, Technical Manager with VG TV, says, “LiveU allows us to go live from the field almost anywhere in an affordable way without the need for a satellite truck. With LU-Smart, we can view and play with live content in new and exciting ways. We use the LiveU technology for both live content and the playback of “as-live” clips via store and forward to the control room. We are very happy with the LiveU technology and the support from their partner Avit Systems.”

VG used two LU60 units as well as the iPhone technology at the recent World Skiing Championships in Italy. Feeds from press conferences and interviews with Norwegian skiers were transmitted back to the control room in Oslo then on to the website. The newspaper uses 3G, 4G, WiFi and LAN, to ensure optimum performance. The LU60 units are normally connected to a Panasonic HPX-250 camera, with off-the-shelf servers running LiveU’s LU1000 software that then feed a video router. VG has also installed an Ubuntu server for the live iPhone feeds.

Zion Eilam, LiveU’s Key Account Executive, says, “We are very excited to see one of the first uses of our new LU-Smart technology and that works in conjunction with our market-leading backpack solutions. VG is a prime example of how live video online can drive readership and enhance the amount of time people spend on the site. It allows exciting live footage from across the region.”

The LiveU solution and support was supplied to VG by Avit Systems, the company’s Norwegian partner.

LiveU is the pioneer of broadcast-quality, video-over-cellular solutions that allow live video transmission (HD and SD) from any location around the world.  With top-tier customers in 60+ countries, LiveU’s solutions have been used for breaking news and high-profile events, including the 2012 US Presidential Campaign, London 2012 Olympics, Hurricane Sandy, 2011 British Royal Wedding, GRAMMY Awards®, NBA and Super Bowl. From backpacks to smartphones, LiveU offers a complete range of devices for live video coverage. LiveU’s solutions include multiple 4G LTE/3G, HSPA+, WiMAX and Wi-Fi cellular links, which are optimized for maximum video quality based on the available network conditions.