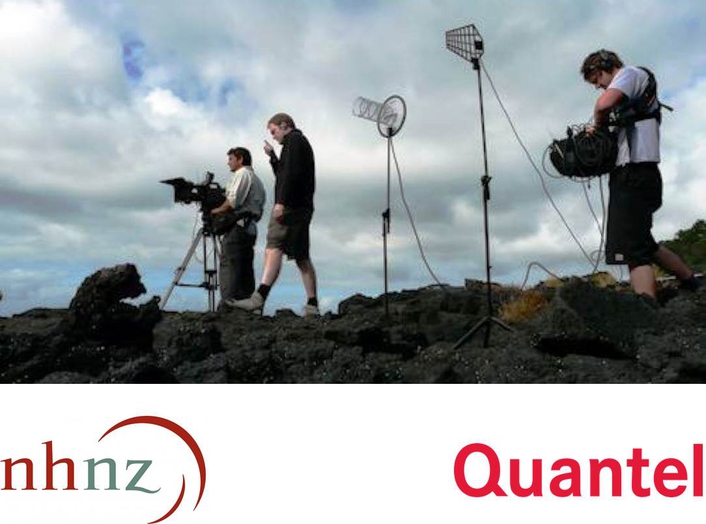 NHNZ, based in Dunedin, New Zealand, is one of the world’s leading producers of factual programming-working on projects for National Geographic International Channels, Nat Geo Wild, Discovery Science, Travel Channel and Smithsonian. NHNZ has more than 100 hours of television in production this year, including seven series and two pilots.

On-line editor at NHNZ, Stuart Moffat said, “There’s always been a bottle-neck in our workflow around conforming.  Previously we had to wait for deck time with our two HD-Cam SR’s.  Now that we are file-based we can do conforms whenever we want. Max will be ingesting or laying-back while the eQ is grading or in a finishing session. Effectively, I can work twice as fast.  I can finish one episode while I’m ingesting the next one.  We’re looking at our future workflows too. One of which could be to edit, then output as one long HD clip and use Max to scene detect before it goes for grade in our eQ system.

“eQ is great for its sheer ‘grunt’.  It looks solid and I like the ‘look’ you get off it.  It’s fast, it doesn’t fall over and it does things in a day that takes other platforms three.  Every platform has its own different look that the systems architecture gives the end product. eQ’s look is solid; it looks like it’s been finished.” 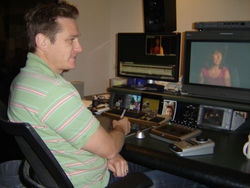 General Manager at NHNZ, John Crawford said, “Quantel continues to deliver us industry changing technology. Max will add to our highly efficient production pipeline, dramatically boosting our productivity. NHNZ has forged a prominent place for itself on the global stage building for itself a robust reputation as a producer known for innovation in story-telling and technology, and business integrity.  As a result of our push into new genres, we have established a stronghold as one of A&E’s preferred suppliers and enjoyed further success with our series for Bio Channel, ‘I Survived...’, including the  high-rating special ‘I Survived…9/11’. This kind of audience response is what we are always striving to bring our broadcasters. The future looks very bright for NHNZ.”

Quantel Director of Sales, Martin Mulligan said, “NHNZ and Quantel have an excellent long term working relationship, and we are delighted that NHNZ has chosen Quantel Max and Genetic Engineering to boost its already highly efficient post production pipeline. This recent investment will further increase efficiency and flexibility and encourage greater creativity.”

About NHNZ
At the heart of every NHNZ program is a story - a revelation, a quest for knowledge, an insightful journey. From cutting edge science and engineering to daring adventures and fascinating cultures, our documentaries entertain and enthrall, inform and inspire. The results have earned us close to 200 international awards including Emmy Awards and a prestigious Wildscreen Panda. NHNZ is a global company based in New Zealand with offices in Beijing and Washington DC, and controlling stakes in Singapore-based production company Beach House Pictures and South African-based Aquavision. NHNZ is a major supplier to National Geographic Channels, Animal Planet, Discovery Channel, Science Channel, Smithsonian Channel, A & E Television Networks, Travel Channel, 3net as well as major broadcasters like NHK (Japan), PBS (U.S.) and France Télévisions. NHNZ programs are distributed world-wide by Off The Fence.

About Quantel
Quantel is a world-leading developer of innovative, high performance content creation and delivery systems across post, broadcast and Stereo3D. We are driven by a passion to create the most open and efficient tools for the digital age. Quantel's product range includes: multi-resolution finishing systems; award-winning color correction solutions; stereoscopic 3D post systems and integrated news and sports production systems. They all deliver the creative, productive and profitable workflows that give post houses and broadcasters the edge they need to thrive and grow in today’s highly competitive global media market.