.
When Nike’s #RiskEverything global soccer campaign reached London between 26-31 May 2014, the shoe and apparel company’s campaign managers weren’t expecting anything different than previous tour stops. Then XYZ, local event organisers for Nike in London, showed them what NewTek TriCaster and 3Play systems could do with their video content on the big screen and on social media - at the same time.

XYZ faced two challenges: to produce an exciting live and interactive football experience for players and spectators at the venue to include instant replays and heavily animated graphics on the big screens, and to provide packaged highlight clips of goals and ‘hero skills’ for upload onto social media networks. 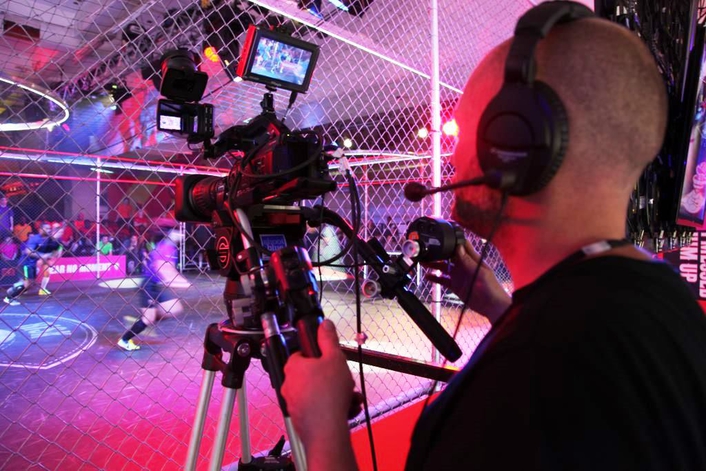 The London #RiskEverything event pitted 4-player teams from the greater community against each other in a frenzied, high-octane tournament for a chance to advance to the Nike Academy in July. More than 10,000 Londoners were treated to six days of non-stop football action at ‘Phenomenal House,’ a specially customized venue created for the event to showcase Nike football gear innovations to fans, players and lovers of the game.

XYZ contracted with Chuffed Productions to meet the challenge. Two Sony PMW300 camera operators zoomed in on the fancy footwork while five GoPro fixed cameras set up around the pitch captured the action. Live camera feeds were sent to a NewTek TriCaster 8000 multi-camera live video production system for vision mixing and network-style output to live screens around the venue, complete with Nike brand graphics. A NewTek 3Play 4800 integrated sports production system provided live replays of goals and hero skills for the big screens and for social media sharing.

Will Mould, managing director for XYZ said, “What I’ve seen with TriCaster and 3Play in action has been beyond my wildest expectations. The pace of the replays and the speed at which we were able to get them out to Nike’s consumers has been brilliant.”

Finding the top highlights among 50 to 70 short matches per day would normally require a burdensome and time-consuming task in post-production. Clips were uploaded directly to social media networks like Facebook and Twitter and sent via email directly to players while they were still in the building. Players choosing to share these videos with the hashtag #RiskEverything provided reach in the most authentic way. 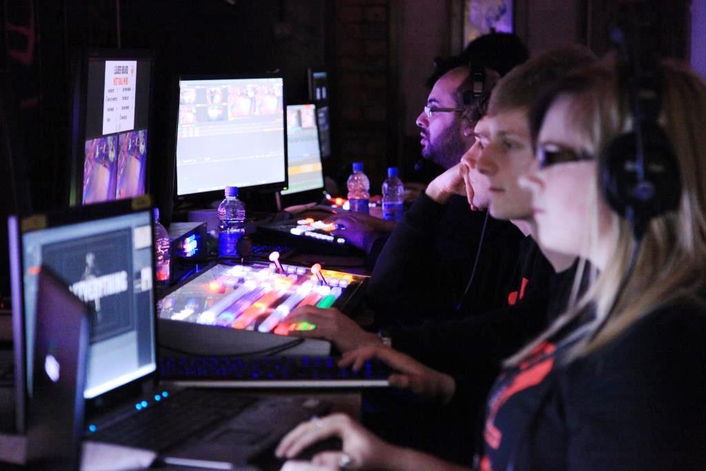 Mould continued, “What TriCaster and 3Play do is allow us to get highlight clips out straight away while that content is still relevant. Normally they would be created in post after the event by which time that moment is lost.”

Ben Baldwin, Chuffed Productions, said, “When the client first saw the action on the big screens, they were blown away.  And when a player is still on the pitch and can look up and watch a replay of his goal, it makes him feel like a professional footballer. And I can’t do that without TriCaster or 3Play. It allows me to provide affordable, professional-looking content to the big screen and social media.”