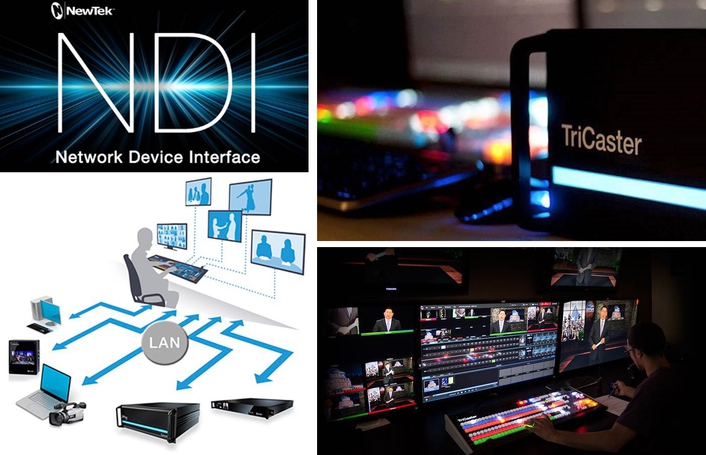 NewTek has launched Network Device Interface (NDI), an enabling technology for live production IP workflows over Ethernet networks. NDI is available now as a royalty-free software development kit (SDK) for anyone wanting to enable IP workflows in their facilities, or in production devices and systems they manufacture.

In addition to more than 200 developers working with NewTek on IP product integrations, NDI is also backwards compatible with a large number of devices from manufacturers and developers already using NewTek’s previous technology allowing IP connectivity between devices. This will extend support for NDI to well over 100,000 compatible systems already deployed worldwide, making it by far the most prolific IP video transfer method in the production market.

This number is expected to grow substantially as more products become available from more than 200 companies that have signed on as NDI developers. NDI is an end-to-end solution with broad industry support. NewTek is also offering a suite of free NDI software tools designed to leverage the unique capabilities made possible by NDI and IP-based workflows.

NDI allows multiple video systems to identify and communicate with one another over IP, and to encode, transmit and receive many streams of high quality, low latency, frame-accurate video and audio in realtime. This benefits any network-connected video device, including video mixers, graphics systems, capture cards, and many other production devices. This makes it possible to exponentially increase the number of sources available for live production switching, without directly attaching to devices, changing locations, or investing in expensive, high-bandwidth networks that simply replace SDI-based workflows. 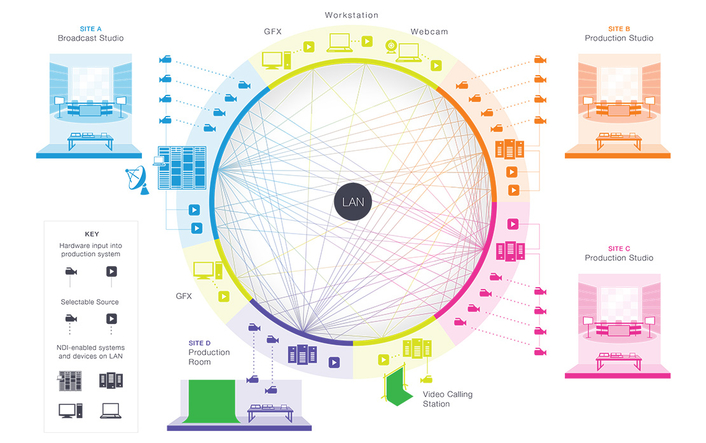 “Our mission at NewTek has always been to make it easy for anyone to produce a great show. That’s why we created NDI, to provide the industry a toolset for building the next generation of live production solutions that innovate and change the way we work. We have made NDI accessible to everyone by making it easy to use, free of charge and built to work on existing networking technology,” said Dr. Andrew Cross, NewTek’s president and CTO.

“Since we demonstrated NDI at IBC 2015, and released beta versions of the SDK for developers, the response from third party manufacturers has exceeded our highest expectations. NDI works with applications from almost every major vendor and virtually every I/O card on the market. There is no doubt that this move to IP-based production is fundamentally transforming our industry.”