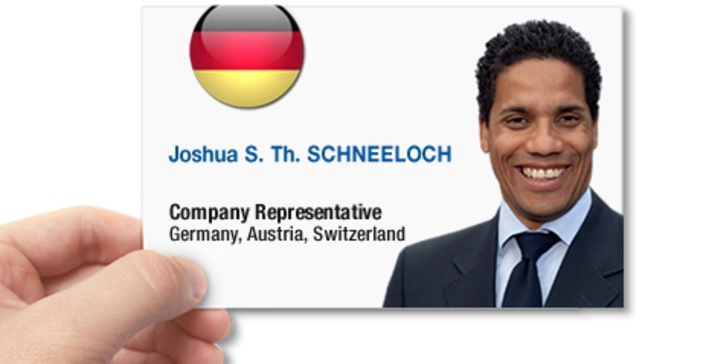 As primary contact for local resellers and in close relation with inside sales administration in Bordeaux, the graduated AV media communications specialist will guide marketing and sales efforts in German-speaking Europe towards further developing the DACH market for NewTek products including the TriCaster™ product line, 3PLAY™ and LightWave 3D®.

"In the DACH region, several companies like the MDR, RTL West, the Rhine River Newspapers, Radio Rottu Oberwallis have already chosen NewTek portable live production, video editing, 3D animation and special effects tools and technologies for their production needs. Siemens has been using NewTek TriCaster for a long time for their live conference circuits. I am pleased to join the NewTek Europe team and contribute to the development of the DACH market for NewTek products in this region”, said Joshua Schneeloch.

Joshua Schneeloch was the executive marketing and communications director of the TELTEC GmbH in Wiesbaden, where he was responsible for the successful establishment of the Rhien-Main Event Conference Centre at ZDF in Mainz. Before joining the TELTEC GmbH Joshua Schneeloch was responsible for program development, production and direction at TV channels such as Premiere TV, RTL2, ProSieben and Deutsche Welle TV.