.
Māori Television provides a range of local and international programming for New Zealand’s audiences across the country and online. Founded in 2004, the station is dedicated to the revitalization and normalization of the Māori language and culture through high-quality, readily accessible programming in both Māori and English. Reflecting its commitment to quality, Māori Television recently upgraded its studios with the addition of HARMAN’s Studer Vista 5 M3 and OnAir 2500 digital consoles.

HARMAN Professional Australian distributor Jands Ltd. installed the 32-fader Vista 5 M3 and 12-fader OnAir 2500 consoles in Māori Television studios. The studio needed to replace its aging analogue mixing desks and make the move to digital. They wanted consoles that were flexible and easy to use. “Our studios are used for a variety of shows, including live news and current affairs programs, talk shows, sports programming and more,” said Kane Dickie, sound team leader. “One of the most challenging requirements is doing the sound for a live music show that requires mixing multiple hosts talking at once plus a live band.”

Māori Television wanted to avoid having to patch the consoles into external effects devices, and chose the Studer consoles because they had enough built-in effects to handle all the processing for all the shows that are produced at Māori Television. Ease of use was equally important – “we wanted consoles that were intuitive to use, so that most of the people in our studio would be able to operate them.” In addition, the consoles had to be able to link together so they could share sources between Māori Televisions two broadcast studios. The Vista 5 M3 offers access of up to 240 channels, ensuring the station would have all the inputs it needs. Along with the Vista 5 M3 and On Air 2500, Māori Television purchased three Studer Compact Stagebox expansion units, a 32-in/16-out and two 16-in/16-out models.

Before Māori TV purchased them, Jands set up the complete system on their premises to allow Kane and his team to try them out. The Māori TV staff took to the consoles immediately, giving high marks to the consoles’ easy, fast and responsive operation, accessible control layouts, convenient Vistonics™ and Touch’n’Action color touch screens, and variety of useful built-in effects. 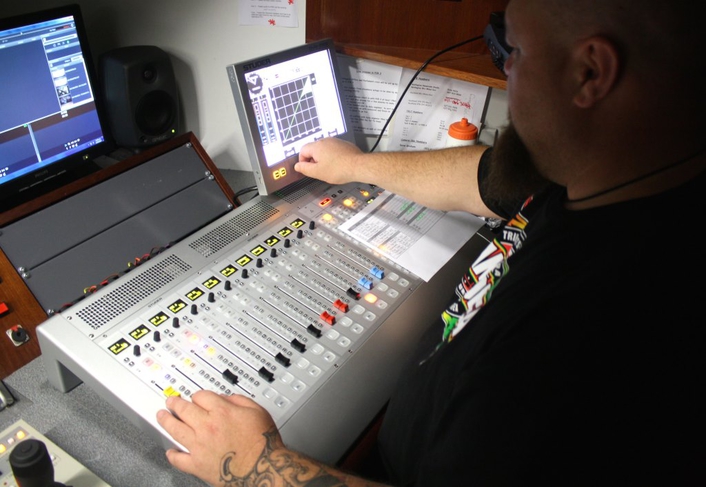 Now that the Vista 5 M3 and On Air 2500 are up and running at Māori Television, Kane confirms their initial positive experience with the consoles at Jands. “The transition from analogue to digital consoles went smoothly. In addition to doing everything we need them to and then some, we’ve noticed that the Studer consoles’ preamps have made all of our mics sound much cleaner. In addition, all of the old analogue buzz we could never get rid of in the past has disappeared.”

In Māori it’s called “Kia Tika” – being professional and maintaining high standards. It’s one of Māori Television’s core values, and the Studer Vista 5 M3 and On Air 2500 reflect the station’s commitment to “Kia Tika.”