Sonifex is showing a selection of new products on stand D01 at BVE 2016. Amongst these is the new AVN-GMC PTPv2 Grandmaster Clock . Sonifex joined the Ravenna (audio over IP) group 3 years ago and the AVN-GMC is their first product for use in Ravenna networks.

IEEE 1588 PTP (precision time protocol) is used to synchronise all the nodes within a network. To achieve this one of the nodes must become the master clock and distribute time packets to the others. The AVN-GMC is designed to perform this role simply and accurately, acting as a GPS receiver and enabling sub micro second synchronisation between all nodes.

The DHY-04HD is an HD Voice & GSM hybrid for handling high quality voice calls, ideal for studios in remote locations, for OB vans and trucks on the move, and in emergency situations where a telephone landline can't be guaranteed. Using a 3G or GSM cellular network, it can receive and make high quality broadcast calls of 7kHz bandwidth, converting the 3G or GSM call to the 4 wire audio signal to and from a connected mixing console. The module used in the DHY-04HD is quad-band GSM and 5 band UMTS/HSPA+, so it can take and make calls on any 2G GSM, or 3G network. 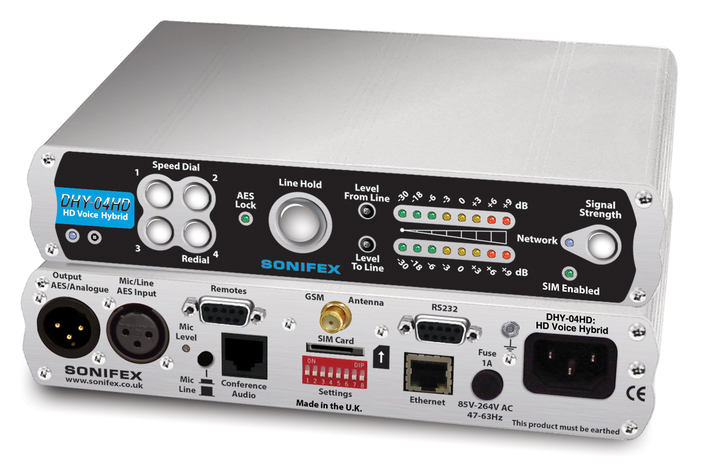 The RB-FS42 audio failover switcher is a smaller channel count version of the RB-FS82, offering a lower number of inputs and outputs. It is a more cost effective solution where failover is needed for a smaller number of sources/destinations and supports all of the features of the RB-FS82.

The device has 4 main + 2 standby, stereo analogue audio, AES/EBU digital audio and RS232 connections (both inputs and outputs) and can be configured via Ethernet.

The RB-MSP6 is a is a 1U rack-mount phantom power supply, designed to be used in conjunction with up to six RB-MS4X3s, providing mains input redundancy to ensure the target microphones remain powered in the event of a single mains failure. 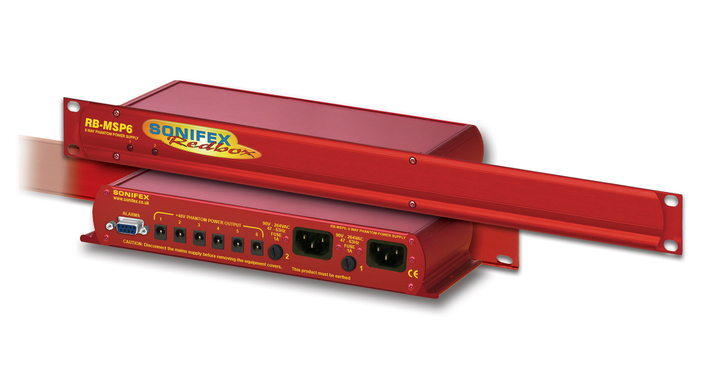