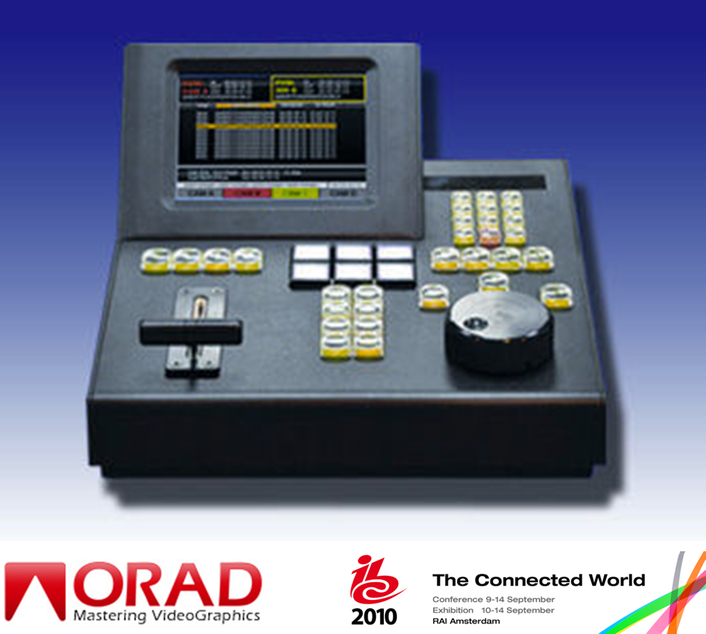 The newest version of Orad's PlayMaker will be making its European debut at IBC2010. PlayMaker provides high-quality synchronized replay and smart editing tools for game highlights. Featuring eight channels, super slow motion support, large ingest capacity, and a compact, 3U chassis, PlayMaker will reduce the cost of sports productions without any compromise to content quality.

Orad's Stereographics solution renders stereo graphics in real time and displays them over the stereo image. With Stereographics, content such as sports, weather, channel branding, and election coverage can be updated in real time. The broadcaster has full control over the depth dimension of the graphics and the key stereo parameters — interaxial (eye separation) and convergence can be adjusted in real time. Stereographics is a single-box solution that can generate side-by-side or separate left / right signals in either 720p or 1080i. Stereographics can use existing 3D graphics, comes with two linear keyers to allow overlaying of graphics, maintains existing workflow, and allows 3D preview on a regular monitor. 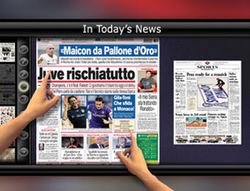 Interact enables presenters to easily interact with their broadcast graphics using touch screens, video walls, and other input devices. The latest version supports single, dual, and true multi-touch displays from a variety of manufacturers, allowing broadcasters to choose the device that best suits their production's style and budget. With Interact, the presenter has unlimited capabilities, as it supports countless gestures including: rotating, scaling, moving, dragging, tapping, holding, drawing, and highlighting. With Interact, presenters can manipulate objects on screen, triggering different events within the graphic's templates. The interactive elements can give feedback to the presenter when activated by such prompts such as changing or flashing color, depending on the context of the scene.

Morpho 3D is an extremely powerful platform that can be used for on-air graphics, channel branding, and as a character generator. Delivered in a 2RU, rack-mountable chassis, Morpho 3D offers incomparable creation and design capabilities at a very affordable mid-range price. The system features flexible playback based on a single application, with powerful real-time graphics rendering. Morpho 3D comes with a built-in tutorial for the operator or designer. In the new version on display at IBC2010, users will benefit from Morpho 3D's integrations with newsroom systems using MOS protocol, ensuring proper usability in news environments. The new version of Morpho 3D is available on two different hardware configurations: single channel, packed on a single 2U box, and dual channel (preview/program). 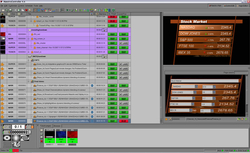 Maestro provides a complete workflow on a single graphics platform and is integrated with the most commonly used news, automation, and editing systems. Maestro provides an adapted workflow to any situation, thanks to its modular architecture that allows for customized workflow. The system is fully scalable, allowing a seamless expansion of Maestro suite's usage to other areas of production. Maestro optimizes graphics control in any environment — from a manual character generator operation recalling page numbers, to a broadcast with rundowns created manually or received via MOS, and even automated broadcasts controlled by a 3rd-party device. Several render channels can be controlled simultaneously, optimizing the studio operation, while multiple Maestro controllers can control a single render channel, enabling users to share graphic capabilities in complex productions, without adding new graphic channels.

3DPlay is a cost-effective, multi-channel branding system that enhances a station's graphics and workflow efficiency. 3DPlay is ideal for multiple tickers, promo over credits, coming up next, squeeze back video, and more. 3DPlay promotes asset reuse for images, video clips, audio, and animations, and offers a consistent graphical appearance. Its highly scalable nature enables it to create graphics across multiple device formats and types. 3DPlay offers advanced graphic asset management, multiple video clip playout, ingest of video clips in high/low quality, and embedded audio playout. 3DPlay enables the entire graphics and production flow to be condensed, archived, and exported for further use in its entirety.

Orad's MVP sport enhancement platform offers a comprehensive video and graphic enhancement solution for any type of sports event. MVP provides captivating visual tools to better visualize critical plays, the flow of the game, and post game analysis. Some of MVP's features include: MVP's flow motion effect which creates a video highlight of selected objects; Magnifying glass feature, which allows a tighter zoom than the original camera zoom; and Bird's eye view, providing a top view for better analysis of the play. A new feature to MVP is Revolver, which runs several play enhancements, one on top of the other. MVP is HD and SD compatible, can be used for live productions or highlight shows, and supports up to 16 different cameras without camera or lens modifications. MVP can be used with all types of platforms to generate new revenue streams including television, the Web, and cellular phones.