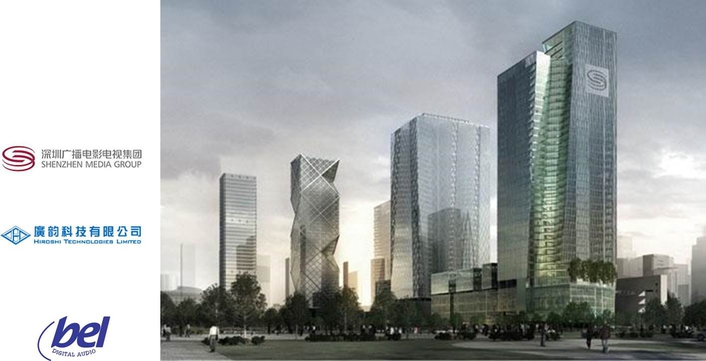 The Shenzhen Media Group has just completed a refit of their 200 sq m Shenzhen City studio. The newly completed studio will be used by the Shenzhen TV Company, one of SMG’s 12 TV stations. As part of the refit, Hiroshi Technologies supplied two of Bel’s new BCR-A4-4OB in-rack monitors and two of their 7150 audio synchronisation delays.

The Bel BCR-A4-4OB is a cost effective, two channel compact multi-input audio confidence monitor and has only recently become available as a non-custom product. The new monitor is housed in a 1U rack with a reduced chassis depth of only 200 mm. It was originally designed to be used in outside broadcast applications where available space is severely limited, but it soon became apparent when companies like SMG expressed an interest that the market for a compact design such as this was much wider as studio control rooms themselves become more compact.

Four pairs of balanced analogue audio inputs and 4 pairs of AES inputs can be monitored. The selected input signals are available via line outputs on the rear panel, as well as via magnetically screened speakers (designed to provide high SPL audio monitoring) and the front panel headphone jack; their levels are provided on two PPM LED bargraphs. 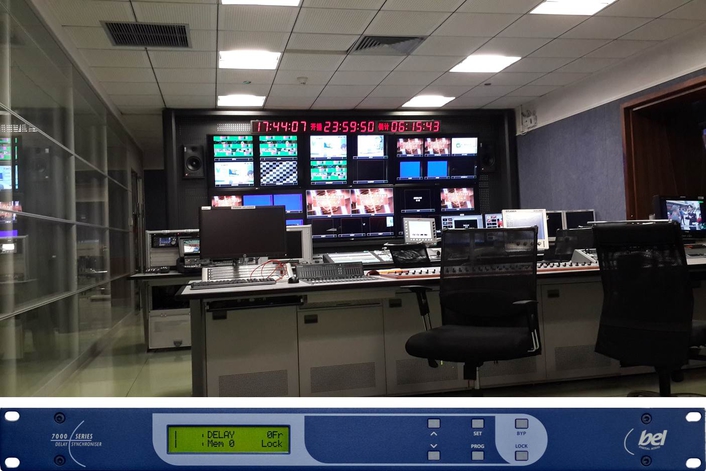 SMG also installed two of Bel’s 7150 two channel synchronisation delays for installation in the same control room. The Bel 7150 features both analogue and AES connectivity as standard and can delay stereo audio by up to 10.4 seconds [260 frames PAL, 312 frames NTSC]. This makes the 7150 particularly suited to video/audio resynchronization (lip sync), virtual studios, audio web streaming and digital broadcast synchronization where a very fine delay adjustment is essential (down to 20uS increments).

Eight user-defined settings may be stored in memory and recalled locally or remotely via GPI's. The delay time may be changed in increments of samples, milliseconds, fields and frames. Field and frame values may be changed to reflect PAL or NTSC operation. A front panel lock is provided to prevent inadvertent operation and bypass relays engage in the event of power failure.

The Bel 7150 provides simultaneous analogue and AES outputs. This permits the unit to also function as an analogue to digital or digital to analogue converter. The AES output can be synchronised to an external AES reference input, while a bit accurate delay mode is provided to allow encoded AC3 and Dolby(r) E streams to be delayed.