“Broadcast technology that will carry our production capabilities well into the future”
The newly completed ITV Cymru Wales broadcast production facility features an SSL C10 Compact Broadcast Console as the centrepiece for audio production. Having moved from its long-time location in Culverhouse Cross, the new building includes a news studio, production and sound galleries and editing, voice-over and dubbing suites. Technical systems integration for the project was handled by TSL Systems. This state-of-the-art location is using the C10 for live news programming, including the station’s main news programme Wales at Six.

“After spending nearly 24 years at our old location, the time came to build an entirely new facility, so we chose to put our studio in the centre of the thriving political, cultural and business communities in Cardiff Bay, right next to the National Assembly for Wales,” says Steve Teague for ITV Cymru Wales. “A key point we wanted to address with the upgrade was the need for broadcast technology that will carry our production capabilities well into the future. The C10 from SSL met our needs on every level, including a straightforward, easy-to-use interface that offers a small physical footprint while delivering all the power and features expected from a professional broadcast console. Of primary importance though was the console’s audio quality.” 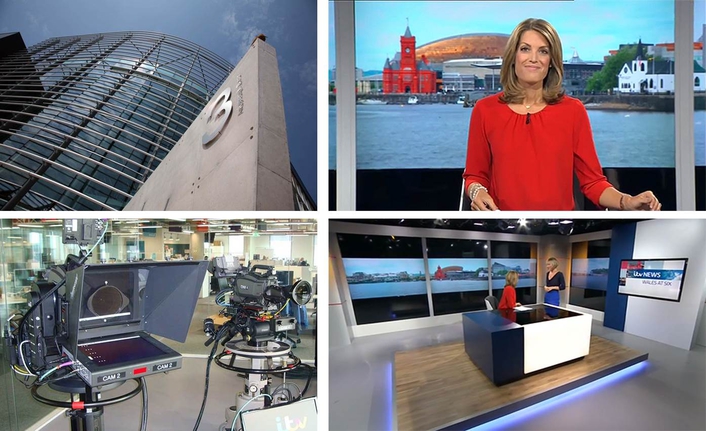 Technical integration for this project was handled by leading U.K. broadcast integrators TSL Systems. James McLoughlin, Audio Specialist for TSL: “With the audio system being entirely MADI-centric, we needed a console that could process the vast amount of MADI I/O within the system. The C10 with redundant Blackrock processor enabled us to not only manage the required MADI signals but create a backup path for every connection. Using a fibre infrastructure, we were able to strategically position several stageboxes throughout the building to minimise cabling and create a wider system feel. The console’s external remote fader panel also allowed us to create an audio-follows-video environment for single-operator productions.”