New Features and Functionality for Kayenne and Kayak 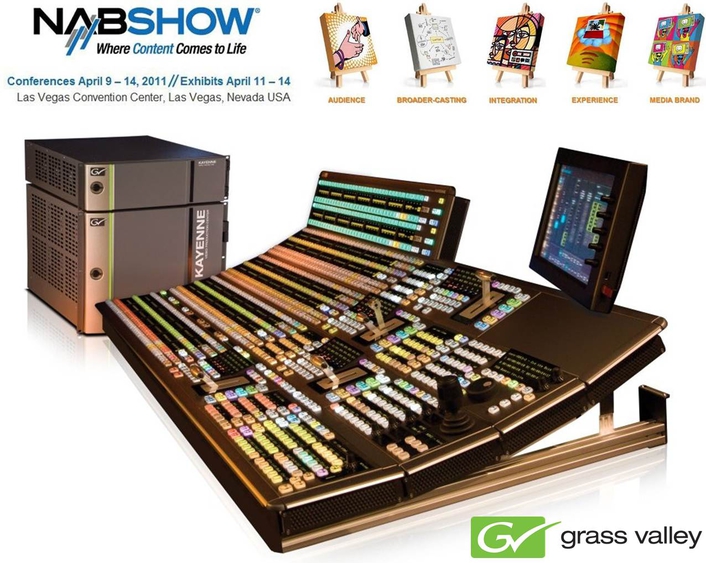 The new functionality in Kayenne v3.0 and Kayak v7.0.4 gives TDs control over multiple cameras directly from the switcher control panel via an Ethernet interface. This includes tally for each camera, with controls that include Auto Iris, Auto Black Level, Filter Wheel Position, and Color Bars.

Scene Files from multiple cameras can also be recalled from the switcher quickly and simultaneously. This includes complex setups, such as camera shading which are created and stored by video engineers on location or in the studio.

In addition, the new software provides simple installation and reliable three-color tally to Grass Valley cameras over Ethernet, and can be used to place cameras into a useable, but not necessarily fully-shaded rehearsal mode.

The new Kayenne software also provides a new macro editor that eliminates the need to rebuild a macro entirely from scratch merely to modify some of its functions.

Improving upon the current, stand-alone macro editor, Kayenne v3.0 software embeds the editor in the Kayenne menus, giving TDs direct access from the switcher interface or on a stand-alone PC. TDs can build macros from scratch, offline, before running them on a Kayenne, in addition to editing macros created with the switcher interface. The macro editor delivers a plain text description of macro functions allowing lines to be re-arranged and functions to be modified. Since the macro editor is embedded within the menus, all of the file management features of the switcher are already available.

Grass Valley switchers have long been able to control router source selection, used mainly for pre-selection of sources on router destinations feeding the switcher. With Kayenne v3.0, router/switcher integration has advanced to a new level of performance with the ability to control Kayenne aux busses from Grass Valley Encore and Prelude control systems. Stand-alone router control panels running Prelude software can also be configured as remote aux panels. These include Joystick Override modes for temporary or latching cuts to a specific source, or for salvos.

“Grass Valley continues to deliver the features and functionality that our customers are asking for so they can become more productive, and this new software is a reflection of those requests,” said Scott Murray, Senior Vice President, Live Production Solutions for Grass Valley. “The Kayenne has become the new workhorse of the worldwide high-end live production community, while the Kayak HD offers many of the same capabilities in a smaller, cost-effective system.”

All the features mentioned are currently available in Kayenne version 3.0.0 and Camera Control is included in Kayak HD version 7.0.4 software releasing the end of March 2011. These software releases include the features listed at no additional charge, available for download from the Grass Valley website