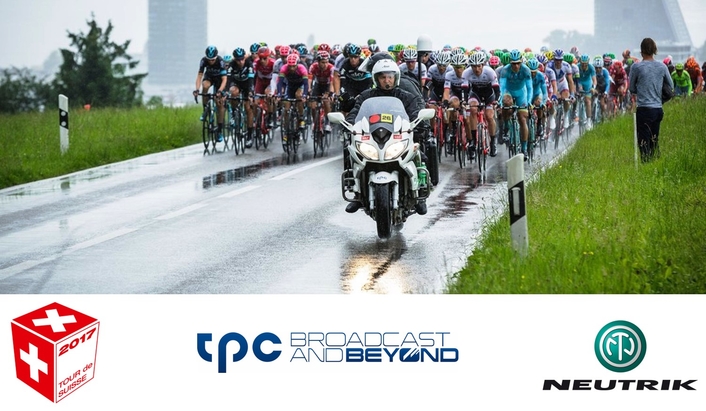 Over the course of nine days, the race winds its way across the whole of Switzerland, crosses two national borders, climbs mountains up to 2,400 meters and tests competitors stamina and skills to the absolute limit. It also tests the ingenuity, resilience and reliability of the outside broadcast teams and their technology. Unlike in the studio environment, where cables are carefully laid, tied, packed and tided away in air conditioned areas, outside broadcast can require exposure to extreme conditions. For the Tour de Suisse, that included temperatures in excess of 30 degrees, as well as driving rain and snow.

A subsidiary of SRG SSR, tpc’s reputation is for the highest production standards, as defined by its extensive experience and the deployment of the most innovative technologies. Martin Sturzenegger is the man responsible for the technical specification of tpc’s OB vehicle. Supporting the complex OB production for the ninth time, Sturzenegger is impressed by the robustness of the optic connector system and appreciative of many years of cooperation with Neutrik in its development of the highest quality plug connections, “You have to trust the connections. Only then you can trust that the technology works,” he says.

“The opticalCON® fiber optic connector system was subjected to an extreme stress test during the Tour de Suisse,” says Sturzenegger. To provide the greatest technical flexibility during the tour, he came up with a technique of siting a hub at a strategically advantageous point, to assemble the signals transmitted from the various locations and save on cable runs. To ensure the plan would work, he carried out several test runs before deciding to use the opticalCON® MTP®24 lightweight 24-channel mobile field cable, for the single cable run between the broadcasting van and the assembly point. “For me, that was the most important cable in the production of the Tour de Suisse, because we only had this one cable from the hub to the broadcasting van,” he says.

Seven production vehicles covered the Tour de Suisse and had to be taken to a new end stage for each of the nine days, brought into full working order and then dismantled again. Every day around 4.5 kilometers of cable was unrolled. Just two hours after the riders crossed the finish line, the entire team and its equipment had to be ready to leave. Cables were run from all of the broadcasting vans by the shortest route, whatever the terrain, with no regard for the fragility of the technology. Constant repacking of the equipment meant further stress for these sensitive systems. Sturzenegger had to trust that connectors were not damaged in this process, as there was no time for repairs. This absolute reliability was central to one of the most professional broadcast productions in Switzerland. 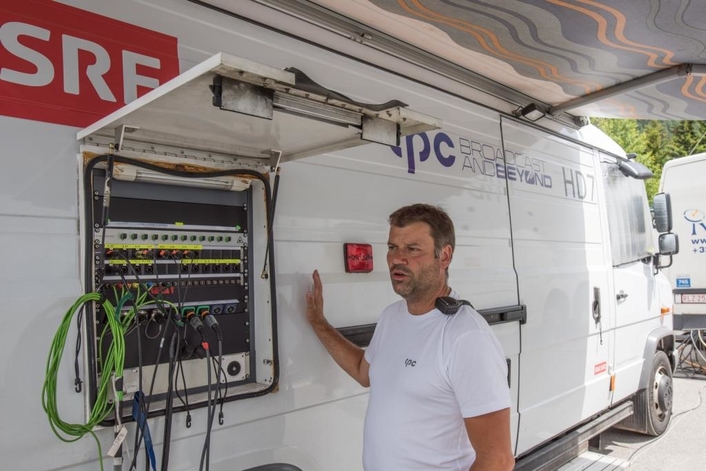 For Fabio Röllin, product manager at Neutrik and responsible for fiber optic systems, this is especially encouraging. “The proven opticalCON® fiber optic connector systems from Neutrik are designed to support our customers in such extreme conditions,” he says. “We work closely with our customers to offer solutions to prevent the potential problems.”

The opticalCON® MTP® cable connector is characterized by the robust metal casing and heavy-duty strain relief. The innovative spherical dust cover protects the fiber optics from dirt, minimizing maintenance. These characteristics are particularly important for outside use. The precise fit of the push-pull connector modules enables easy use of the opticalCON® fiber optic connector system; something Röllin describes as “one of our core competences”. 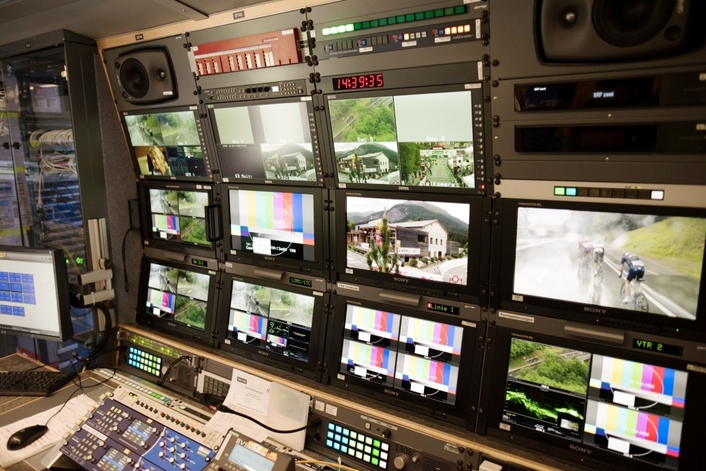 That opticalCON® MTP®24 worked perfectly throughout the Tour de Suisse, suffered no damage and required no cleaning is reason for Sturzenegger to smile. Robust, less fragile cables mean less work for him – and lower, more manageable, maintenance costs.