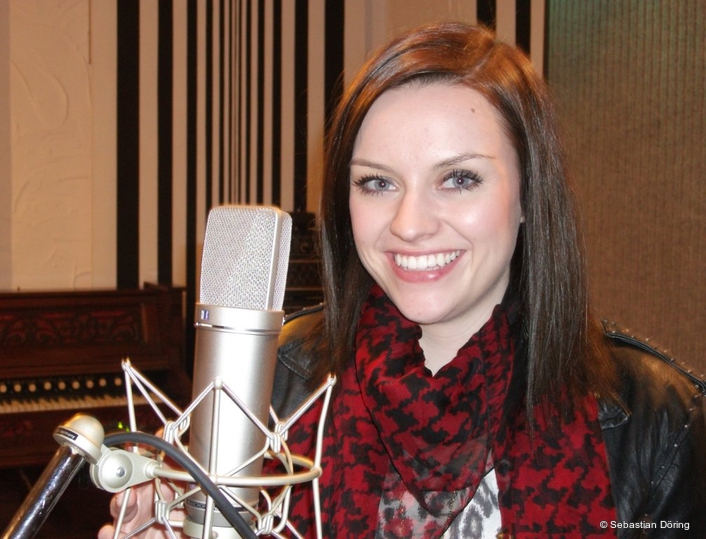 The duo just released its follow-up, A Curious Thing, on which all of Macdonald’s vocals and guitars, in addition to drums, strings, and backing vocals were recorded with classic Neumann U 87 Ai large-diaphragm condenser microphones.

The bulk of what listeners will focus on – Macdonald’s voice and guitar – was recorded away from the bright lights of the UK studio scene in Wilkinson’s home. He used two Neumann U 87 Ai condensers with EA 87 elastic suspensions to provide separate pick-ups for Macdonald’s voice and guitar, which were recorded simultaneously. A Focusrite VoiceMaster Pro provided modest processing for vocals, and both signals went into a vintage Mac G3 running Cubase via an RME Fireface 800.

“Apart from the high-end Neumann U 87s, we work in a very lo-fi way,” explained Wilkinson. “Amy comes to my little home studio and puts down vocals and guitars. 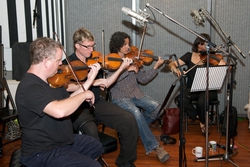 All of those tracks recorded with the U 87 were the very same tracks the mix engineer and mastering house used for the final recording.” To flesh out the songs, the duo added virtual instruments in anticipation of a trip to Black Barn Recording Studio.

At Black Barn, they replaced the virtual instruments with real ones – bass, strings, drums, and hand percussion, in addition to backing vocals. To record an eight-piece string section, all four of Black Barn’s Neumann U 87 Ai condensers joined Wilkinson’s pair for a total of six U 87 Ai mics on strings. All of the backing vocals went into the U 87 Ai mics, as did almost all of the hand percussion. Joining their large-diaphragm siblings were a pair of Neumann KM 183 small-diaphragm condensers. The 183s served stolidly as room mics across most of the tracking sessions at the studio. Sennheiser HD 280 headphones provided comfortable, hi-fi monitoring for all the musicians.

To record the drums, engineer Joe Fields applied the Glyn Johns technique to obtain an open, clear sound that naturally complemented the feel of the rest of the recording. With spot mics on the bass drum and snare, a pair of Neumann U 87 Ai condensers served as the carefully-positioned overheads that would ultimately deliver all of the toms and cymbals and almost all of the snare and bass drum as well.

“I think there’s too much gear snobbery around,” said sound engineer James Stone, who was on hand for most of the sessions. “Start with good music, get a good mic and a good engineer, and the rest takes care of itself. Look at what Amy and Pete were able to accomplish in his home with the Neumann U 87 Ai and a collection of fantastic songs. It’s magic!”

About The Sennheiser Group