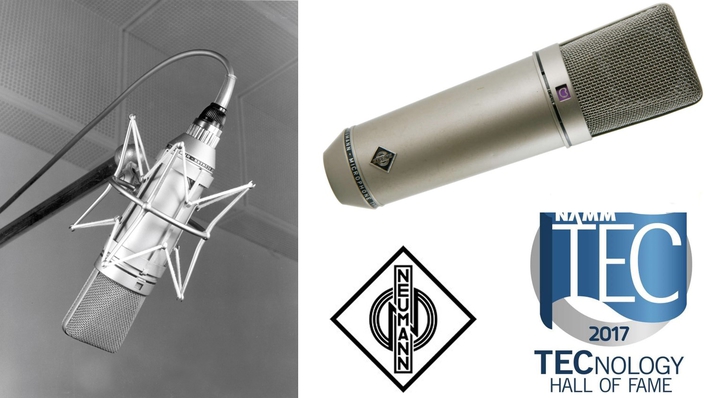 Studio specialist Neumann.Berlin announced that its classic U 67 microphone was inducted into the Technical Excellence and Creativity (TEC) foundation’s TECnology Hall of Fame for 2017. Wolfgang Fraissinet, president, Georg Neumann GmbH, was on hand to accept the award on January 21st during the NAMM show in Anaheim, California.

First launched in 1960 as a replacement for the U 47, the three-pattern U 67 tube mic was designed for close miking of vocals in studio applications. The mic was an immediate success with engineers the world over and has since proven to be a powerful studio workhorse, used at top studios on a broad range of sound sources.

“We are honored that the TECnology Hall of Fame has chosen to acknowledge the remarkable feat of engineering that is the U 67 microphone,” says Fraissinet. “Over the last 50 years, its excellence has been best demonstrated by its ubiquity in studios around the world and its use on countless recordings. The U 67 is a fine representation of Neumman’s commitment to innovation and superior performance — a commitment that continues to this day.”

Founded in 2004 by George Petersen and presented since 2015 by the NAMM MUSEUM of Making Music, the TECnology Hall of Fame honors and recognizes audio products and innovations that have made a significant contribution to the advancement of audio technology.

At the end of the 1950s, German electronics firm Telefunken announced the end of production of the VF 14 M steel tube used in Neumann’s beloved U 47 microphone. With but one last production run before a key component of their classic mic was gone forever, Neumann knew they needed to design a suitable successor if the company wished to retain its lead as the premier manufacturer of studio vocal microphones. The result would be the culmination of 30+ years of condenser microphone development by Neumann: the U 67. 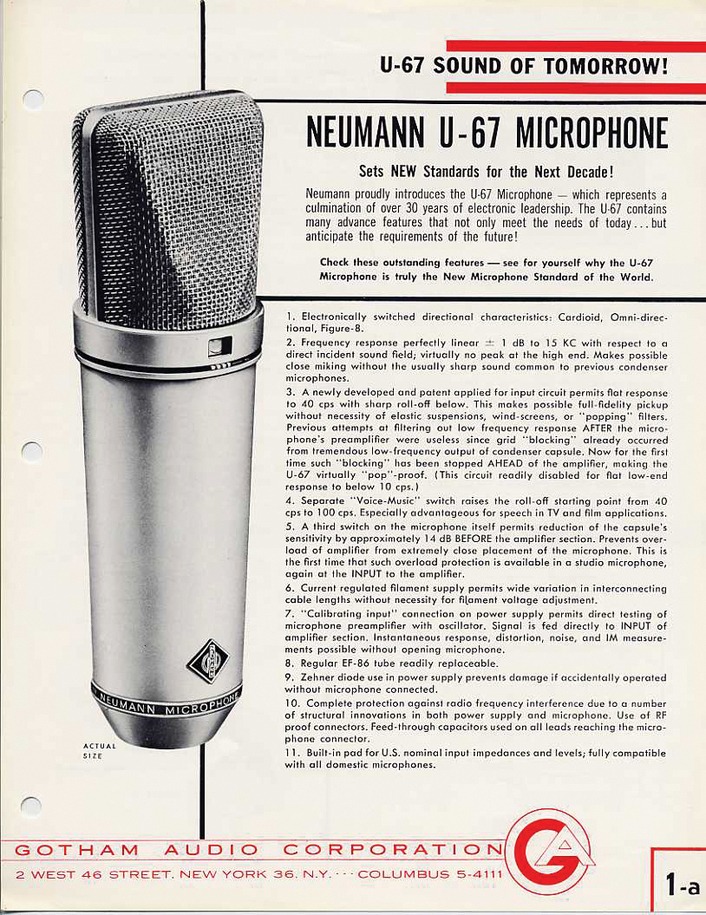 The U 67, designed by Neumann’s Dr. Ing. Gerhart Boré, combined classic Neumann sound quality with some of the latest innovations in microphone technology, a response to the rapidly changing needs of the recording studio. Having already incorporated switchable polar patterns into their KM 56 miniature microphone, Neumann wanted to bring this functionality to the new U 67. This resulted in the development of the new K 67 capsule, a dual capsule with two separate back electrodes that featured omni-directional, cardioid and figure-eight polar patterns. The capsule was also designed to deliver a flat frequency response between 40 Hz and 15 kHz, bringing unprecedented detail and realism to any sound source.

In the late 1950s, many vocalists began singing close up on microphones to achieve a fuller sound. While the technique helped create a desirable vocal characteristic, it could also introduce an excessive low-end boost due to the proximity effect. To manage this, the U 67 incorporated a new low-frequency attenuation switch, enabling signal roll-off beginning at 100 Hz. This gave engineers an additional tool to use in achieving a rich but balanced sound. Additionally, a steep high-order low-cut below 40 Hz was built into the mic to eliminate unwanted sub-frequencies before they reached the tube amplification stage, averting low-frequency overload.

The finishing touch was a new elegantly tapered body with modular components that could be easily disassembled without tools for tube replacement and maintenance. It utilized the widely available EF 86 tube to make upkeep of the microphone easy for owners anywhere in the world, ensuring a long life even in hard-working studio applications. 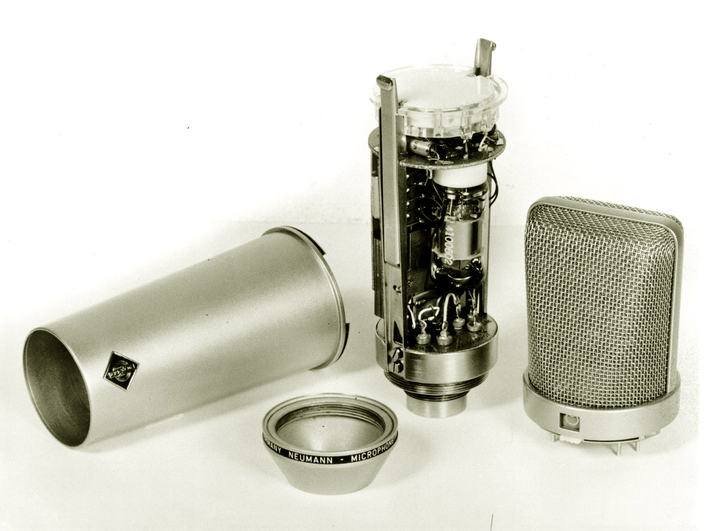 The U 67 was an immediate success, garnering accolades for its unprecedented functionality, versatility, and sound quality, and earning a place in the mic lockers of top studios around the world. It quickly picked up the mantle of the discontinued U 47, with several thousand sold during its first five years of production. Its variable polar patterns, flexible low-end attenuation, and flat frequency response made the U 67 usable on such a wide range of applications that it became affectionately known as “the workhorse.” In 1967, many of the advances made in this classic microphone would go on to inform Neumann’s next classic: a solid-state microphone called the U 87.

Audio specialist Sennheiser is one of the world’s leading manufacturers of headphones, microphones and wireless transmission systems. Based in Wedemark near Hanover, Germany, Sennheiser operates its own production facilities in Germany, Ireland and the USA and is active in more than 50 countries. With 18 sales subsidiaries and long-established trading partners, the company supplies innovative products and cutting-edge audio solutions that are optimally tailored to its customers’ needs. Sennheiser is a family-owned company that was founded in 1945 and which today has 2,700 employees around the world that share a passion for audio technology. Since 2013, Sennheiser has been managed by Daniel Sennheiser and Dr. Andreas Sennheiser, the third generation of the family to run the company. As part of the Sennheiser Group, Georg Neumann GmbH, known as “Neumann.Berlin”, is the world’s leading manufacturer of studio microphones. Founded in 1928, the company has been recognized with numerous international awards for its technological innovations. Since 2010, Neumann.Berlin have expanded their expertise in electro-acoustic transducer design to also include the studio monitor market. In 2015, the Sennheiser Group had sales totaling €682 million..