ProSiebenSat.1 Produktion relies on Lawo technology
In December 2012, Lawo was commissioned to upgrade the existing installations at ProSiebenSat.1 Produktion. In Control Room 6, the 8k router card in the HD Core of an mc²66 mixing console already in place was additionally configured as an audio router in order to network five control rooms in all – a solution that reduced costs as well as saving space, as it obviated the need to acquire and install an external router. All that were added were three DALLIS breakout boxes to ensure each room had the requisite inputs and outputs at its disposal.

In Control Room 8, an mc²56 MKII console with 144 DSP channels was installed to replace the existing Studer console. So as to have identical consoles everywhere, each of the existing mc²66 consoles in Control Rooms 7 and 9 was also replaced by an mc²56 MKII. All programmes are produced in HD. “It is particularly worth pointing out that the Lawo consoles within the infrastructure cooperate perfectly with the superordinate control solution Virtual Studio Manager from L-S-B, allowing certain video functions to be controlled from the mc²56 consoles,” stresses Joachim Hentschel, Solution Architect Production Systems with ProSiebenSat.1 Produktion.

One control room as a blueprint for the othersIn 2006, Control Room 7 became the first control room in the building to be equipped with a Lawo console: an mc²66. A further mc²66 followed the same year and was installed in Control Room 10, though later moved to Control Room 9. The two mc²66 consoles with “Classic” user interfaces are being replaced now by mc²56 consoles of the latest generation, whereby almost all the existing I/O and HD Core hardware can still be used. 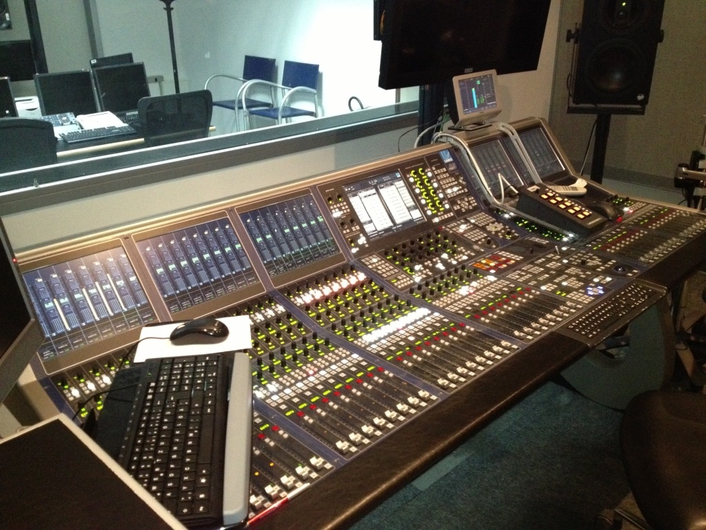 For the new projects, Control Room 9, which is currently the least used, is being upgraded first, and it will serve as a blueprint for all the other control rooms. All productions (including all setups and snapshots) are being produced on the mc²56 MKII. This configuration will then be applied in all the other new control rooms, so that the mc²56 mixing consoles in Control Rooms 7 and 8 can hit the ground running. The time pressure due to upcoming productions is enormous, so very little time can be spared for relocations and renovations. 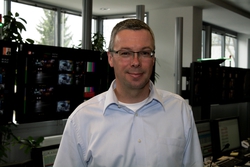 With identically configured mc²56 mixing consoles of the latest generation and the ability to transfer setups and snapshots, it is easy to begin work on a production in one control room and finish it in another. Productions can also switch rooms at any time, in order to make the most efficient use possible of the control rooms available. All of this makes for the greatest possible flexibility and efficiency. Equipping all control rooms with identically configured mixing consoles (hardware and software) with identical settings, also means that sound engineers rediscover in each console the working environment with which they are familiar and have no need to adapt their workflow, and that no data is lost or becomes unusable. “The mc²56 is extraordinarily intuitive to operate, so very little time is needed to familiarize oneself with it,” adds Hentschel. “ProSiebenSat.1 Produktion has had only positive experiences with Lawo and Lawo products in terms of quality, performance, reliability, redundancy options and service. It is also worth emphasizing that working with Lawo is uncomplicated: the Lawo team is always responsive and searches readily and swiftly for solutions.”