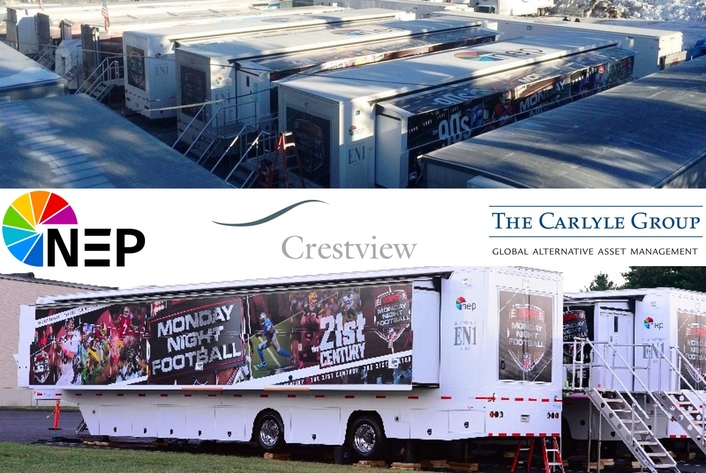 Bloomberg News is reporting the private equity backers of NEP Group Inc. are mulling a full or partial sale of the broadcast services company, according to people with knowledge of the matter. Crestview Partners which owns most of NEP, is working with an adviser to sell its stake in the company, said the people, who asked not to be identified because they weren’t authorized to speak publicly. Carlyle Group LP has a first option to buy that interest, which could give the company an enterprise value of about $2.5 billion, the people said.

Spokesmen for Crestview and Carlyle declined to comment while a representative for NEP didn’t respond to requests for comment.

Carlyle agreed to buy a minority stake in NEP in 2016 using capital from Carlyle Global Partners, a pool designed to hold companies for longer than the typical five-year time frame so it can double its investment. If Carlyle decides not to take control, it or Crestview could elect to sell to a third party, the people said.

Crestview has been a shareholder in the Pittsburgh-based company since 2012. NEP provides tele-production services for broadcast networks and production companies. The company works on a range of events including music festivals, live sports and television shows.