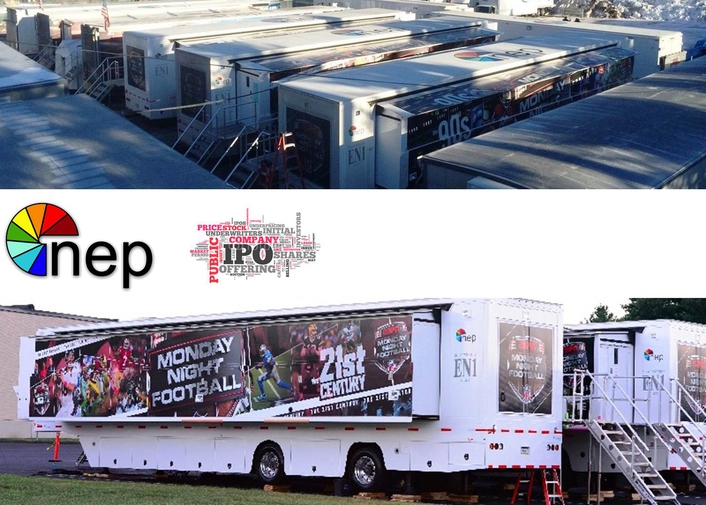 NEP Group, one of the largest global outsourced provider of comprehensive live and broadcast production solutions, announced that it has postponed its previously announced initial public offering.  NEP's board of directors, management and sponsor elected to postpone the offering as a result of unfavorable equity market conditions. NEP will continue to evaluate the timing for the proposed offering as market conditions develop.

"Due to the recent volatility and uncertainty in the public markets, we have decided that this is not the right time for NEP to move forward with an IPO," stated Kevin Rabbitt, CEO of NEP Group, Inc.  "We remain a very healthy company with backing from a supportive financial investor, a strong growth strategy in place and great traction executing against that strategy. We are committed to continuing to execute our plan, and we do not believe this decision will impact our ability to meet our on-going growth goals.  At NEP, it is business as usual as our team continues to focus on delivering superior service to our clients each and every day," Mr. Rabbitt added.

NEP provides the technology and know-how to enable clients to produce the worlds' biggest live and broadcast events around the globe. The company is offering technical services for remote production, studio production, video display, host broadcasting and post production. NEP's team of over 1,500 employees are driven by passion and a focus on technical innovation, and together they have supported productions in over 65 countries on all seven continents.  Headquartered in the United States, NEP has offices in the United Kingdom, Ireland, the Netherlands, Sweden, Norway, Denmark, Germany, Finland, Switzerland, Belgium, the United Arab Emirates and Australia.

The company’s proposition to clients is simple: you provide the talent, and we’ll handle the rest. NEP provides the supporting infrastructure for full audio and video capture, including 46 studios and 118 mobile production units. Their sports clients include the NFL, MLB, NHL, NBA, and the Olympic Games. On the entertainment side, NEP helps produce late-night television, awards shows, concert tours and music festivals.

History
Founded in 1986, NEP Group was first to respond to an unmet need for higher service levels and advanced engineering expertise to support its clients' live broadcasts. Over time, NEPG has developed a wide range of services and expanded its geographic footprint, building its scale and engineering capabilities.
The company's strategy of increasing its scale has been accelerated by strategic acquisitions, where it has a proven track record of effectively sourcing, evaluating and integrating attractive businesses and assets. Today, NEPG believes that the scale of its platform allows it to satisfy increasingly complex client requirements globally, while enabling the company to achieve attractive returns on capital.

Dividends
No dividends are planned.

Comment from Kevin Rabbitt on the IPO postponement
"Well everyone at NEP internally has heard from me that this is not something that we have ever had to do as we have had financial sponsors dating back 20 years. And every time there has been a financial sponsor change someone in the industry has wanted to say that it is a bad thing for NEP. But ultimately it has been a good thing for the company and the clients. And we look at our ownership structure as secondary to what our strategy is which is to support clients and continue to grow the business and allow people to grow their careers. 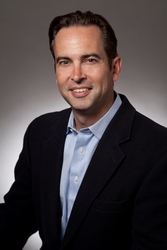 There are multiple ways to have a financial structure to support that and fortunately we have a great financial structure now. And I can tell you that everyone at our company knows we are a healthy company, a great place to work, and with a 100% focus on supporting clients," and he continued: "So nothing changes. We were never doing acquisitions to eventually do an IPO; that’s a reverse logic. We were doing acquisitions to grow our worldwide network and to support our clients. And that doesn’t change."
And Kevin Rabbitt concluded: "What I can tell is not one person as we were looking at the IPO was exiting their ownership positions; not our financial sponsor, not our management team. This is not something that was being done because we wanted to exit. We were looking at it because we saw it a next logical step on our growth path. And that still could be the case in that structure but there are plenty of other structures."
Asked if NEPG would consider an IPO again Kevin answered:"It certainly could be considered in the future and that could be in the next few months or the next few years. But in terms of our focus today it is exactly what is was during the process, and that is supporting our clients."

2015 acquisitions
On July 8, 2015, NEPG entered into a definitive agreement to acquire CMI. Headquartered in the Netherlands, CMI operates both the DutchView and Infostrada Creative Technologies brands.

DutchView is one of the leading providers of solutions for remote production and studio production in Northern Europe. Infostrada Creative Technologies is an innovative provider of solutions for the creation, management and distribution of video content. The acquisition is expected to expand NEPG's reach in northern Europe and add extensive video and media management solutions to the company's offerings. The deal is expected to close in the third quarter of 2015, subject to certain closing conditions. 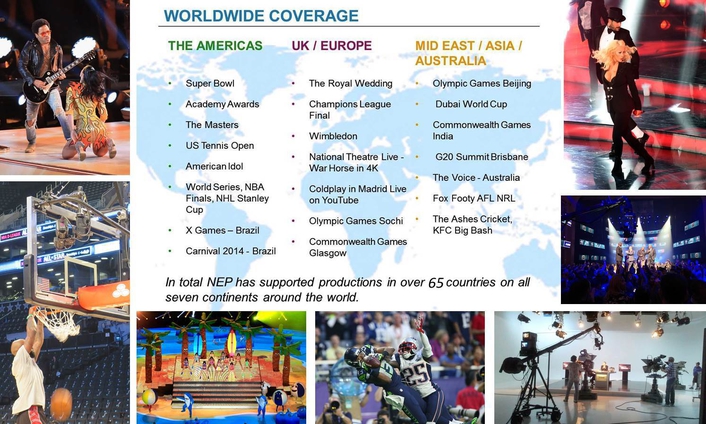 NEPG's offices in 13 countries and experience in more than 65 countries provide it with a global platform from which it serviced over 1,700 clients and more than 10,700 events in 2014

On April 29, 2015, NEPG acquired Mediatec, a leading remote production services company in the Nordic and DACH countries. The acquisition added 215 engineers to the NEP worldwide network, as well as a new cloud-based media production solution known as Mediabank. It is also expected to provide NEPG with a platform for organic growth and bolt-on acquisitions across Europe.

On April 29, 2015, the company acquired Outside Broadcast, a leading remote production services company in Belgium, adding 27 engineers to the NEP worldwide network and further strengthening NEPG's presence in continental Europe. 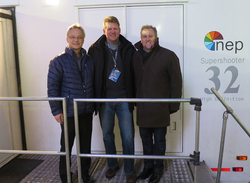 In those international markets where it does not currently have an established footprint, NEPG can sometimes face significant barriers to entry from locally entrenched competitors, although as clients become increasingly global, local providers with limited expertise have less ability to serve production needs. Based on the high level of outsourcing in its primary geographies, NEPG does not face significant competition from its clients, with the exception of studios and control rooms where many television networks retain in-house capabilities.