NEP is one of the largest broadcast and live event service companies in the world, with operations across the United States, United Kingdom, and Brazil and supporting thousands of events annually around the world. Global Television, Australia’s largest provider of independent TV studios and OB services, is internationally recognized for its technical expertise in host broadcasting, and its partnerships with broadcasters and production companies have resulted in several major contracts including the 2014 Glasgow Commonwealth Games and the 2014 G20 Summit in Brisbane. 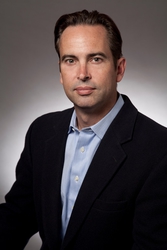 “We are pleased to officially welcome Global Television into our worldwide network of brands. Global is a true service leader, and I am looking forward to working with them as they continue to grow their business,” said Kevin Rabbitt, CEO of NEP. “This is an exciting opportunity for all of us. As NEP continues to look for opportunities for expansion into new geographies, the addition of Global not only brings us to Australia, but provides a great launching point into Asia and other areas around the globe.” 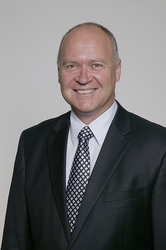 Global Television will remain an independent entity based in Australia, operating under NEP management, led by Global CEO Keith Andrews and his executive team. “We’re very excited to become a part of the NEP team. This outcome is terrific news for both NEP and Global’s clients, staff, and partners, because it will broaden and deepen the pool of expertise and technology available to them all,” said Andrews. “This is a powerful marriage of two companies with similar cultures and a shared commitment to provide exceptional service and lead technology innovation with the best teams in the business.”

About NEP
With the world’s most advanced equipment, largest fleet of mobile units and global production studios to suit every genre, NEP enables its clients to execute, deliver, and display exceptional productions on any platform around the world. For more than 30 years, NEP has ensured its clients’ success by delivering superior service and building lasting relationships with a passion for continuous innovation.
NEP’s talented staff is committed to acting with integrity and working as a team to deliver comprehensive solutions for remote production, studio production, video display, and technical host broadcasting services that set the global industry standard. NEP is based in Pittsburgh, Pa., USA and has offices throughout the United States and United Kingdom.

About Global Television
Global Television is Australia’s leading provider of outsourced television production services and an increasingly significant player in the Asia Pacific region.Since 1988, major television networks and program producers have relied on Global’s expertise, technology and resources to capture live sporting and big-entertainment events, drama and studio-based programs.
With the recent addition of Cutting Edge's outside Broadcast (OB) division, clients can access an even greater range of facilities and broadcast technical expertise across the country, enjoying exceptional responsiveness and an end-to end OB solution that is unique in the Australian market.