NEP is a leading worldwide provider of outsourced services to the broadcast and live event industries, offering solutions for outside broadcast, studio production, video display and host broadcasting.  Headquartered in in the United States, they have offices in the UK, Europe, Dubai and Australia.   The acquisition of The Screen Scene Group will extend their reach into Ireland while adding extensive post-production and VFX capabilities as well as satellite uplink and IP services to their portfolio of solutions. 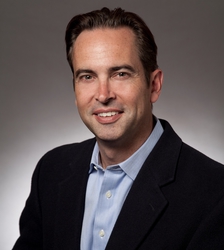 The Screen Scene Group is an excellent company, with a fantastic leadership team.  They have a great depth of knowledge in their group across all of their businesses.  I am excited to work with them to continue to grow the business,” said NEP CEO Kevin Rabbitt.  “Not only do we have great confidence in The Screen Scene Group and its directors Alan Burns, Jim Duggan, Jake Walshe, Hubert Montag and Mura O Byrne, we also have confidence in what we see as the tremendous growth potential in Ireland and Europe.”

The Screen Scene Group is involved in live broadcasts of Sports and Entertainment as well as post-production and VFX for broadcast, features, commercials and all digital platforms.  All four of their businesses will continue to operate as separate entities under the guidance of their current leadership team, reporting to Steve Jenkins, the President of NEP UK and Ireland.

“The Group is 30 years old this year and Jim Duggan and I have seen it grow from three people to over 90, with knowledge of every aspect of the industry,” said Alan Burns, founder of of The Screen Scene Group and Observe.  “We are excited to work with NEP to continue to grow the business and see where we go over the next 30 years.”

Jim Duggan, founder of The Screen Scene Group added, “This will be a fantastic transition for Screen Scene clients and staff.  NEP will be able to offer us a much deeper pool of resources to support the expansion of our business as Ireland continues to grow stronger as a centre for TV and film production.”

Background
Previously, The Screen Scene Group was owned by Jim Duggan and Alan Burns.  As part of this transaction, NEP has acquired the entire business.  NEP is majority-owned by Crestview Partners with a significant ownership stake held by NEP’s management team.

About NEP
For over 30 years, NEP has been delivering expertly engineered solutions for outside broadcast, studio production, video display and host broadcasting. With a worldwide network that includes the most advanced equipment and largest fleet of mobile units available, as well as global production studios to suit every genre, our talented team of experts work together to deliver superior service to every client.   Driven by passion and a focus on innovation, NEP has supported productions in over 40 countries on all seven continents, and has set the industry standard for excellence.

About Crestview Partners
Founded in 2004, Crestview Partners is a value-oriented private equity firm based in New York. The firm is led by former partners and leaders in the private equity business and senior management of Goldman Sachs and Morgan Stanley. Crestview’s investment strategy is focused in the media, financial services, energy and healthcare sectors.