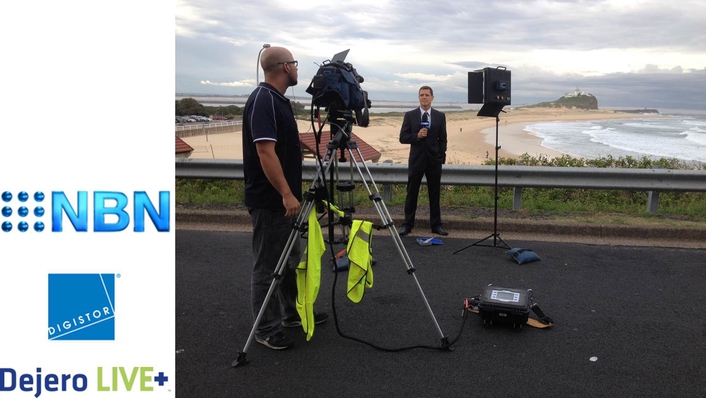 "Previously, we had to hire a satellite truck and do a significant amount of advanced planning in order to put a live, remote feed on the air. Not only was it costly, but it meant we could not always respond quickly to breaking news," said Stephen Bates, studio engineering supervisor, NBN Television. "Now, our mobile crews can respond instantly the moment we hear of a news situation — they just grab the small briefcase-sized Dejero LIVE+ 20/20 Transmitter and a camcorder and go right to the scene. This technology has really upgraded the look and character of NBN Television's news reporting, bringing new levels of freshness and immediacy to our broadcasts."

Using the Dejero LIVE+ 20/20 Transmitter, NBN Television news crews are able to access news scenes that might be off-limits or impractical for a satellite or microwave truck, and then set up in minutes to begin transmitting live video feeds or record them for later broadcast. Depending on the location, the Dejero LIVE+ 20/20 Transmitter can bond available Wi-Fi and cellular networks to enable the bandwidth for HD video with latency of less than a second. In areas with little or no cellular coverage, the crews are able to store and forward video and then transmit it as they travel back to the station. At the NBN Television broadcasting facility in Newcastle, New South Wales, a Dejero LIVE+ Broadcast Server receives the feeds and integrates them into the station's live production workflow.

These capabilities proved valuable during NBN Television's recent coverage of a large brush fire in New South Wales. News crews were able to access remote fire locations and transmit a wide array of live and recorded video feeds that were integrated quickly into NBN Television's news bulletins, as well as those of its affiliate network, the Nine Network. 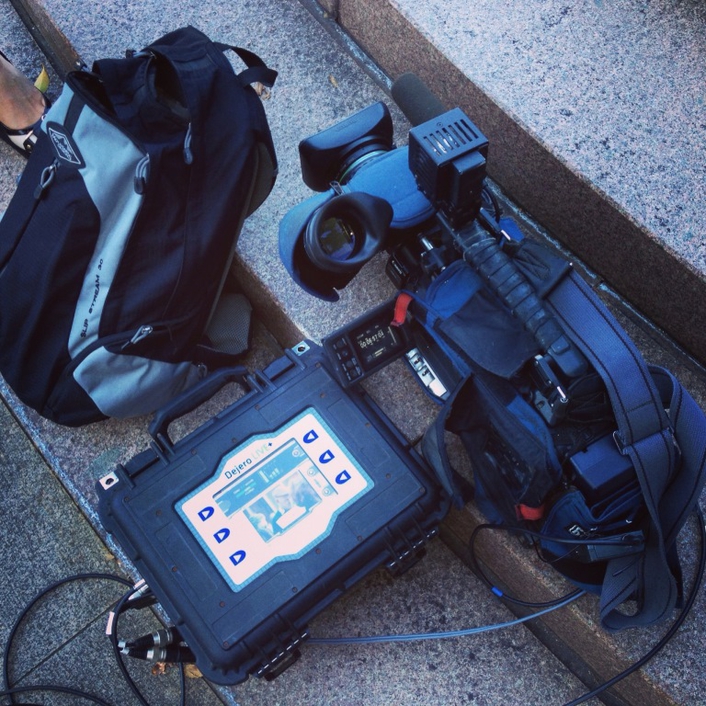 "The Dejero LIVE+ 20/20 Transmitter's ease of use and rapid setup is a huge advantage to our news department, because it means we can deploy smaller and less technical crews in the field," Bates said. "Back in master control, our engineers are able to use Dejero's remote control capabilities to access the transmitter and adjust its settings to maintain bandwidth, leaving the camera crew free to concentrate on getting the story. It's a very empowering tool for our on-location journalists."

Dejero LIVE+ is sold and supported in Australia by Sydney-based digital media specialist Digistor, which was instrumental in supplying the solution to NBN Television and can provide local demonstrations and information to organizations evaluating ENG options.

About NBN Television Australia
NBN Television commenced broadcasting to the Newcastle and Hunter Valley region in March,1962. Upon aggregation in 1991, NBN Television's market expanded to encompass the greater Northern NSW market, from the Central Coast in the south to the Gold Coast, Queensland in the north, and west to Moree and Narrabri. This market has a population of 2.1 million people, and is the fourth largest television market in Australia, behind Sydney, Melbourne and Brisbane. NBN Television is owned by Nine Entertainment Co, and, the combination of its own locally produced programs, including the region's number one news service, with the Nine Network's strong line-up of Australian and international programs, has seen NBN Television achieve the highest ratings for any station in a major television market across Australia. Whilst NBN Television is one of Australia's most successful broadcasters, it is also committed to providing a high level of community support and local programming.

About Digistor
Established in 1990, Digistor is a leading Australian supplier of professionally supported solutions for the creation, management, storage, and delivery of digital media. With customers throughout Australia, the company has a proud history of providing elegant solutions for media production and delivery needs irrespective of complexity.

About Dejero
From video capture and transmission to management and distribution, Dejero solutions help broadcasters, media companies, and organizations of all sizes reach their global multiscreen audiences instantly and cost-effectively. Dejero's LIVE+ Platform simplifies the acquisition and broadcast of live video on-air and online through a broad range of traditional and emerging uplink solutions. The platform, including portable transmitters and software for laptops and smartphones, intelligently manages or bonds wireless connections (3G/4G/LTE, Wi-Fi, Ethernet, microwave, and satellite) to deliver optimal picture quality. In addition, customers are able to centrally monitor and manage Dejero devices and live feeds in the cloud for streamlined content delivery and enhanced operational efficiency. Dejero is privately held and based in Kitchener, Ontario, Canada.