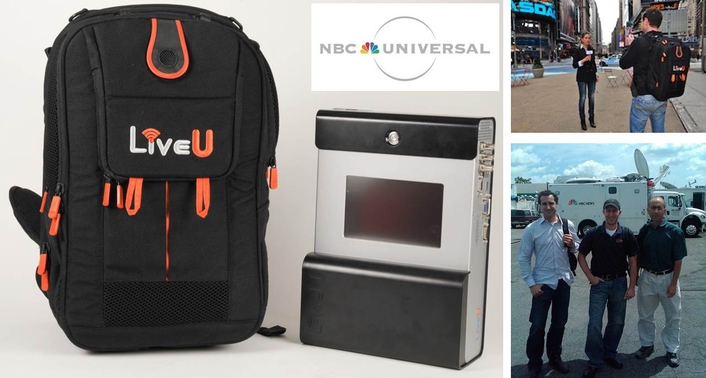 The NBC/LiveU relationship dates from 2008 when NBC pioneered LiveU usage to broadcast live from the Beijing Olympics, followed by the coverage of President Obama’s historic inaugural train ride from Philadelphia to D.C. in early 2009.

Jeff Coneys, Director of MTC/Satellite Operations at NBCUniversal, said: “LiveU usage at NBC has seen triple digit growth over the past few years. With its lower latency, portability and its specialized antennas, the new LiveU LU60 backpack provides reliable HD video from any location in which cellular connectivity is available. NBC News is relying heavily on LiveU for the upcoming Presidential campaign, offering non-stop coverage of the candidates’ movements from event to event around the country.”

Coneys continued, “LiveU has demonstrated a strong customer service culture that has played an important role in our continued relationship.”

Samuel Wasserman, LiveU’s CEO, said, “NBC was one of LiveU’s first strategic global customers when no one was aggregating cellular in the broadcast community. In that perspective, NBC’s feedback has been key to our success and we’re delighted by this extended vote of confidence by one of the most watched TV networks worldwide. Our philosophy has always been to ‘listen and implement’ and our commitment to meet their requirements remains stronger than ever.”