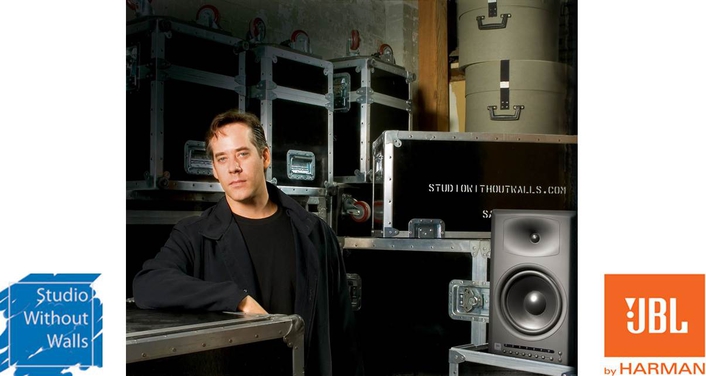 Delivering Award-Winning Projects with HARMAN’s JBL LSR Studio Monitors
Nathaniel Kunkel has a unique take on recording and mixing: instead of making the artist come to the recording studio, he can bring the studio to the artist. Kunkel’s Studio Without Walls is based on a transportable production system that allows him to capture performances and produce records wherever the artist feels most comfortable and creative. And, Kunkel notes, it wouldn’t be possible without HARMAN’s JBL LSR Series studio monitors.

Kunkel has earned GRAMMY® Awards for his work with B.B. King and Robin Williams, and received an Emmy® for “A&E In Concert: Sting: Sacred Love.” Other recent projects include mixes for The Police, Carole King, Darlingside, and the recent tribute album Listen to Me: Buddy Holly—produced by Peter Asher and featuring performances by Brian Wilson, Stevie Nicks, Ringo Starr, Zooey Deschanel, Cobra Starship, Lyle Lovett, Linda Ronstadt and many others.

“The JBL LSR studio monitors are absolutely unique in their ability to give me good mixes and accurate sound wherever I go,” said Kunkel. “Although there are other speakers that I like, the LSR monitors are the only ones that give me consistent and repeatable results regardless of the room I use them in. When I do a mix in one room using LSR, I know it’s going to translate well when I listen to the mix in another environment.”

Depending on the project, Kunkel uses the JBL LSR6300 or LSR4300 Series monitors for Studio Without Walls. “The RMC [Room Mode Correction] is invaluable in that it compensates for the peaks in a room’s low-frequency response and the differences in bass when speakers are placed closer to or farther away from the rear wall,” he said. “With this feature, I know I’m hearing accurate bass no matter where I take the speakers.” 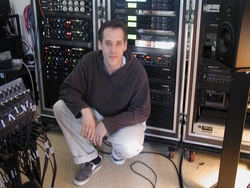 “I know that when I’m recording and mixing on the LSR’s I’m not missing something that will be a surprise when I get into another room,” Kunkel added. “In fact, setup of the LSR4300’s is ridiculously easy. I just plug the calibration microphone into one of the speakers, push a button and the system does the rest. What could otherwise take hours takes seconds. I’ll always set the speakers up for midfield listening if room allows. I try and avoid the console surface reflections as much as possible.”

In addition, Kunkel noted the LSR monitors provide remarkably high output even though they’re compact. “When I have to carry a full surround sound speaker setup to a client, that becomes an important consideration,” Kunkel said.

Studio Without Walls
Nathaniel Kunkel is an industry veteran who established Studio Without Walls some years ago in order to take the studio to the client. Kunkel can set up his proprietary portable system anywhere, such as residences -- Sting's Malibu home being one notable example -- hotel rooms, soundstages, garages, trucks; in fact, anywhere that he likes and where the client can feel comfortable and be creative.
Being the son of famed session drummer Russell Kunkel and renowned vocalist Leah Kunkel, Nathaniel grew up in the heart of the Los Angeles session scene of the 70's and 80's. Introduced to audio engineering, as a profession, at the age of 14 his life long pursuit became crystalized.
Kunkel's work has brought him plenty of industry recognition; an Emmy for "A&E in Concert: Sting: Sacred Love" in 2004, and Grammy awards for his work with B.B. King and Robin Williams.  He has received recognition for his innovative surround mixes with Surround Music Awards for projects with Graham Nash, James Taylor and Insane Clown Posse.
His talents are not limited to engineering and mixing; Kunkel, who served his apprenticeship with one of the best, George Massenburg, beginning in his teens, also offers production, authoring, mastering and studio design services. In addition, his electrical engineering experience frequently brings equipment manufacturers to his door looking for his assistance as a consultant. He is currently a contributing author to Electronic Musician as well as other music publications.
Some of his recent projects include Nirvana, The Police, Guy Sebastian, Activision, MTV, Diana Ross, James Taylor and Carole King.