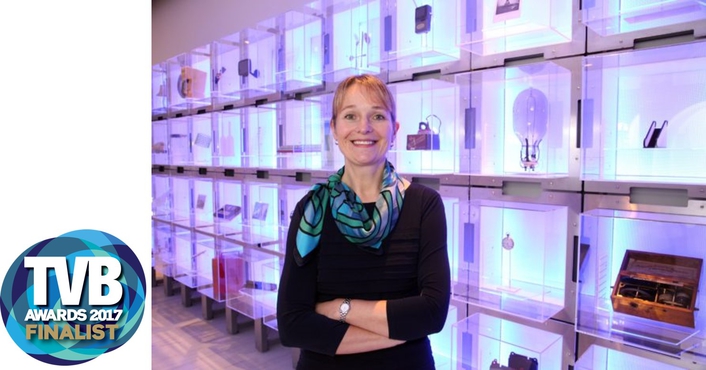 Naomi Climer, former president of the Institute of Engineering and Technology, is to receive the marquee Lifetime Achievement honour at next month’s TVBAwards

Climer – the first woman to be presented with the award – will be inducted into the TVBEurope Hall of Fame alongside previous winners John Holton, Dr David Wood and Adrian Scott. The TVBAwards takes place at London’s Millennium Mayfair Hotel on 7th June.

Climer who was voted one of the UK’s most influential women in 2016, joined the BBC in 1987 as an engineer, training in the same cohort as Kate Bellingham. She worked in BBC Broadcasting House and BBC World Service at Bush House before becoming controller of technology at BBC News. From 1998 to 2000, she was also a director of the parliamentary broadcasting unit.

She joined Sony Professional Solutions Europe in 2002 as director of professional services and became vice president running the whole business from 2006–2012. During this time, she oversaw the move to new markets, the acquisition of Hawk-Eye for sports business, pushed Sony’s sustainability agenda and started the 50:50 campaign for gender diversity.

In 2017, Climer became a governor on the Board of the National Film and Television School.

The TVBAwards celebrate the many and various success stories in the media and entertainment industry by recognising and rewarding those pushing the boundaries in the production, management, and delivery of today’s media content. Six honours will be awarded this year: Lifetime Achievement, Innovation and R&D, Rising Star, Achievement in Live Production, Overall Broadcast Production, and Achievement in Post Production.