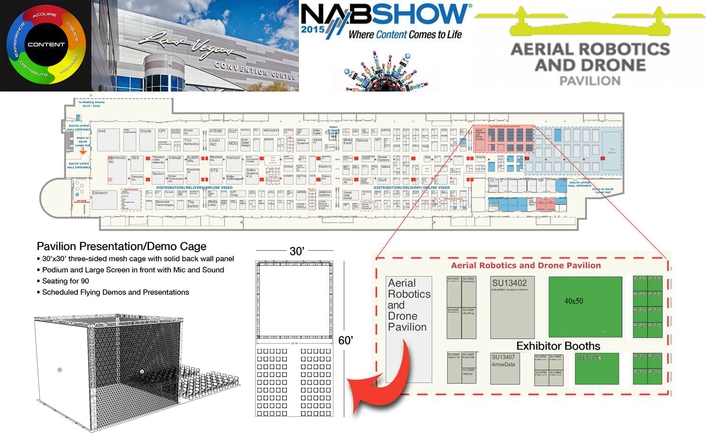 The Pavilion is sponsored by DJI Innovations, a worldwide leader in unmanned aerial systems and media acquisition technology.

“Unmanned aerial systems are increasingly being used to cover live events and breaking news, and in industries such as real estate, law enforcement, search and rescue, and more,” said Mannie Frances, Drone Media Group. “Drones were one of the hottest technologies at the 2014 NAB Show. We are excited to unveil the Aerial Robotics and Drone Pavilion in 2015.”

About NAB Show
NAB Show, held April 11-16, 2015 in Las Vegas, is the world's largest electronic media show covering the creation, management and delivery of content across all platforms. With 98,000 attendees from 159 countries and 1,600+ exhibitors, NAB Show is the ultimate marketplace for digital media and entertainment. From creation to consumption, across multiple platforms and countless nationalities, NAB Show is home to the solutions that transcend traditional broadcasting and embrace content delivery to new screens in new ways.