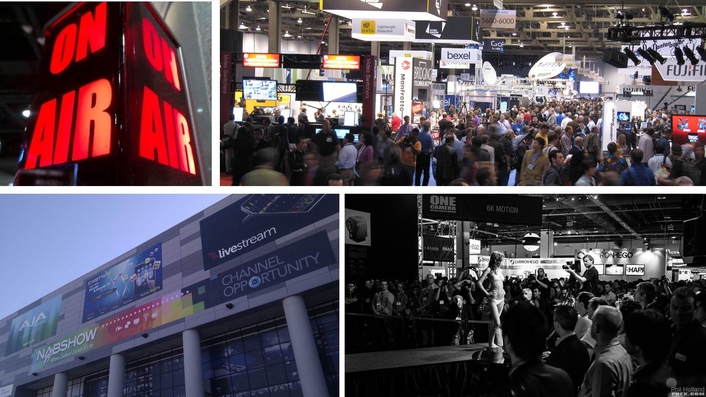 .
The National Association of Broadcasters released figures for the 2014 NAB Show, the world's largest electronic media event covering filmed entertainment and the development, management and delivery of content across all mediums.

"NAB Show continues to reign supreme as the leading global showcase for cutting-edge technologies covering all stages of media and entertainment production," said NAB Executive Vice President of Communications Dennis Wharton. "We are elated that so many communications and entertainment professionals from around the world have made NAB Show their yearly destination to grow their talents and operations. We thank our exhibitors and attendees for a job well-done this week and look forward to their continued support in making NAB Show the must-attend event for media industry professionals." 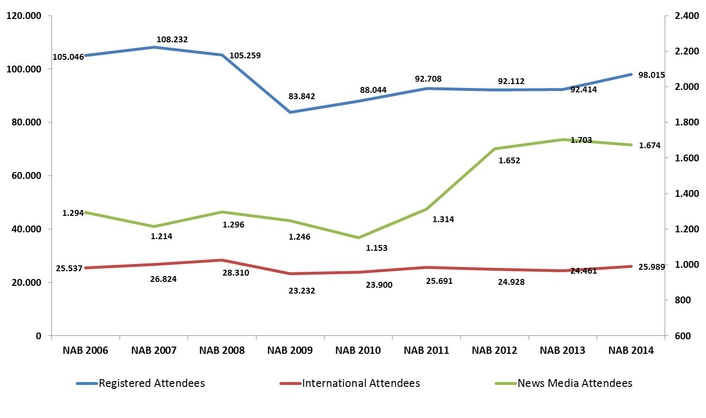 NAB reported total registered attendance for the 2014 NAB Show was 98,015, an uptick of more than four percent from 2013. Exhibit space was also up more than seven percent from the previous year, with the event comprising 1,746 exhibiting companies spanning 945,000 net square feet of exhibit space.

International and news media attendance figures are included in the overall registration number. All numbers are based on pre-show and onsite registration and subject to an ongoing audit.

About NAB Show
NAB Show, held April 5-10, 2014 in Las Vegas, is the world's largest electronic media show covering filmed entertainment and the development, management and delivery of content across all mediums. With more than 98,000 attendees from 159 countries and 1,700+ exhibiting companies, NAB Show is the ultimate marketplace for digital media and entertainment. From creation to consumption, across multiple platforms and countless nationalities, NAB Show is home to the solutions that transcend traditional broadcasting and embrace content delivery to new screens in new ways.