NAB 2016: Discover the future of audio at the Sennheiser and Neumann booth 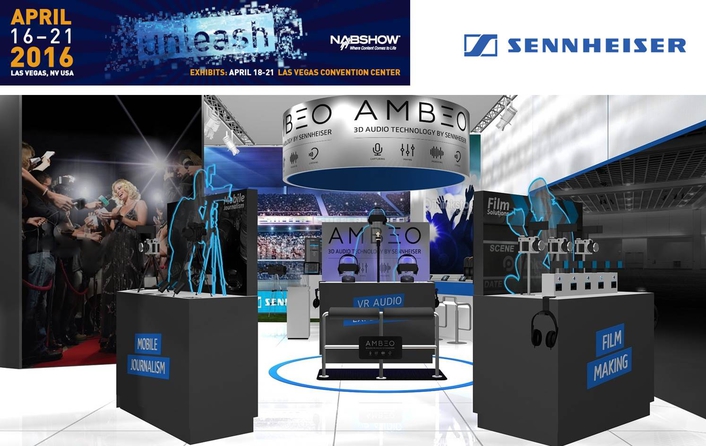 Visit Sennheiser and Neumann at NAB, Booth No. N5729

Visitors to the Sennheiser and Neumann NAB 2016 booth were able to experience the future of audio: waiting to be discovered are an AMBEO 3D Audio 9.1 installation – featuring a selection of Neumann monitor loudspeakers – and a virtual-reality experience recorded with Sennheiser’s AMBEO VR mic. At the show, Sennheiser will launch the brand-new MKE 440 stereo microphone for DSLR cameras, and will also preview the HandMic digital and the MK 4 digital, the latest products developed in cooperation with A/D conversion specialists, Apogee.

The Sennheiser and Neumann booth will let visitors see and experience the broad range of applications catered to by the two companies’ products, ranging from highly professional broadcast environments to podcast productions. “We’re showcasing quite a bandwidth at NAB this year, spanning from the top-of-the-range EK 6042 wireless camera receiver for broadcasters – which has its US launch at the show – to the all new MKE 440 stereo camera microphone, which targets semi-pros and demanding consumers,” says Achim Gleissner, Commercial Manager for Sennheiser’s Broadcast and Media business. 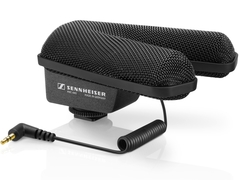 New products
New products on show include the MKE 440 stereo microphone for DSLRs, the HandMic digital and the MK 4 digital. The MKE 440 is a camera microphone that uses a new type of stereo arrangement to create truly exceptional audio results for DSLR users. The HandMic digital and MK 4 digital, on the other hand, have been created in cooperation with Apogee for users that prefer to record audio via their smart devices: These microphones will yield excellent results, whether used in mobile journalism, for producing podcasts or for making studio-quality mobile audio recordings. NAB 2016 also marks the US launch of the Sennheiser EK 6042 two-channel camera receiver, which works with digital and analogue transmitters or a mix thereof.

About Sennheiser
Audio specialist Sennheiser is one of the world’s leading manufacturers of headphones, microphones and wireless transmission systems. Based in Wedemark near Hanover, Germany, Sennheiser operates its own production facilities in Germany, Ireland and the USA and is active in more than 50 countries. With 19 sales subsidiaries and long-established trading partners, the company supplies innovative products and cutting-edge audio solutions that are optimally tailored to its customers’ needs. Sennheiser is a family-owned company that was founded in 1945 and which today has 2,700 employees around the world that share a passion for audio technology. Since 2013, Sennheiser has been managed by Daniel Sennheiser and Dr. Andreas Sennheiser, the third generation of the family to run the company. As part of the Sennheiser Group, Georg Neumann GmbH, known as “Neumann.Berlin”, is the world’s leading manufacturer of studio microphones. Founded in 1928, the company has been recognized with numerous international awards for its technological innovations. Since 2010, Neumann.Berlin have expanded their expertise in electro-acoustic transducer design to also include the studio monitor market. In 2014, the Sennheiser Group had sales totalling €635 million.