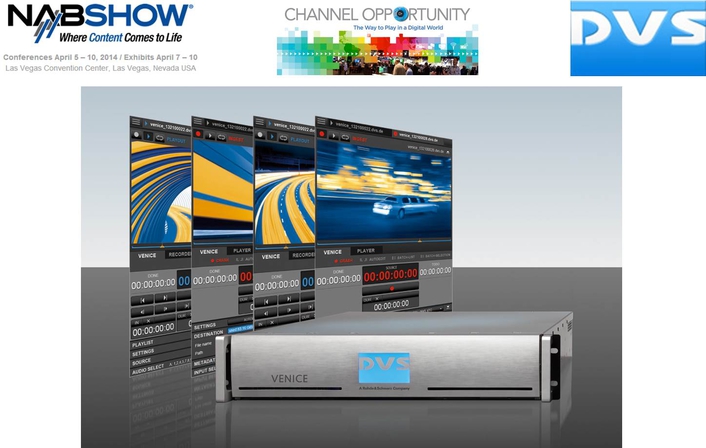 .
Rohde & Schwarz DVS is focusing on customer-oriented solutions. At booth SL1605 broadcast and post production visitors will learn how they can utilize the full spectrum of resolutions from SD, 4K to 8K using Rohde & Schwarz DVS systems. The company will also be introducing one of its latest products: the Pronto4K-HFR presentation player. In addition, it will be launching a new, scalable storage solution at its booth.

From April 7 to 10, 2014 Rohde & Schwarz DVS will be exhibiting numerous new broadcast and post production solutions at NAB. The main focus will be on the wide-ranging flexibility, including in terms of resolutions, formats and codecs, Rohde & Schwarz DVS offers its customers.

Rohde & Schwarz DVS will be launching its new product: The Pronto4K-HFR presentation player. As the latest member of the Pronto product family, it has been developed for high-quality video projections. Pronto4K-HFR plays out uncompressed RGB 12 bit content at up to 4K/60p meaning it can also handle high frame rate (HFR) material. By the end of the year, this will be increased further still – to 120p for 10 bit content. The 3D-capable player is equipped with a high-performance storage solution comprising SSD drives. Furthermore, thanks to its multi-device feature, seamless multi-screen presentations can be realized which is highly advantageous particularly at trade fairs, concerts, major events, and theme parks.

At NAB, VENICE, the ingest and production server for the broadcast studio environment, will showcase new Avid outgest and studio playout capabilities. In conjunction with Avid, the ingest and production server from Rohde & Schwarz DVS will be offering new key functions. With seamless Avid ISIS®/Interplay® PAM integration from ingest to outgest, complete Avid studio workflows can be realized more efficiently and quickly thanks to VENICE. Content can be ingested in real time in the Avid environment and then played out or distributed directly again once edited. Another special feature offered by VENICE is its support for multi-camera ingest. This makes true dual-destination recording possible, which increases reliability especially in live situations. Client mirroring is another part of the new redundancy concept in VENICE, which offers increased system stability under live conditions.

The CLIPSTER® mastering station features an extensive DCI delivery tool which includes capabilities such as subtitling, stereoscopic high frame rate, and Dolby Atmos™. Among other features, CLIPSTER® also supports the two groundbreaking standards AS-02 and IMF at resolutions of up to 4K. Thanks to the new AS-02 delivery tool, an AMWA AS-02-compliant distribution package can be created which now includes HBO shims, too. Users will also benefit from the flexibility of CLIPSTER® to handle RAW camera data which includes support for the Sony F5/F55, Blackmagic Cinema Camera, and Canon C500. This extends to all resolutions up to 4K including the compressed Sony format XAVC.

Rohde & Schwarz DVS will also be presenting an innovative, scalable storage solution for the processing of immense quantities of data with resolutions of up to 8K in production environments. 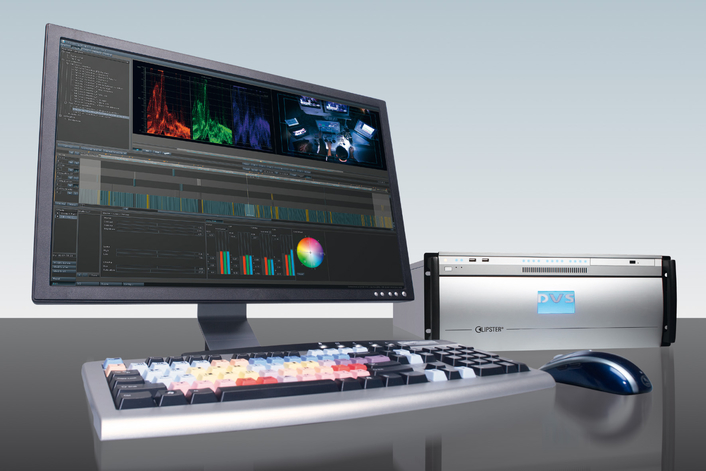 Andreas Loges, CEO of Rohde & Schwarz DVS GmbH: "At this year's NAB we will be focusing on 4K. With our systems, we're offering an incredible level of performance that often opens up completely new opportunities for our customers and their workflow. At our booth, visitors will gain a better picture of our extensive 4K know-how and get to know our newly launched products for 4K workflows, such as Pronto4K-HFR, right there at NAB."

Rohde & Schwarz DVS GmbH
For more than 25 years, Rohde & Schwarz DVS GmbH has been very successful in the professional film, video post production and broadcast markets. The specially developed and manufactured hardware and software are applied to the production of popular TV series, Hollywood blockbusters and in Digital Cinema. CLIPSTER® was the first system in the world to make real-time 4K processing possible. The future-proof ingest and production server VENICE offers a flexible solution for modern, file-based workflows in broadcast environments. At NAB 2013, VENICE won the Broadcast Engineering Pick Hit Award and was also a winner of the Trophée SATIS in 2013.