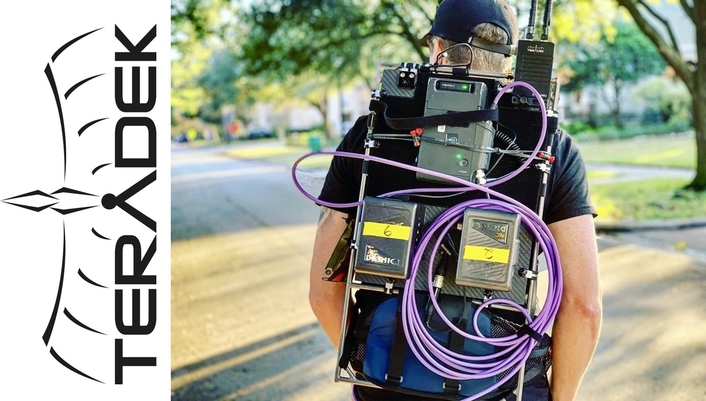 “I really enjoy the building aspect of it all. As a 1st AC, finding pieces that go together and making a camera build more and more efficient gives me the opportunity to have fun on every production I work on. There’s nothing more satisfying than seeing your creation come to life, and for me, no better job than that of a 1st AC in this world.” - Brian Aichlmayr, 1st AC.

Every once in a while, we see filmmakers push the boundaries of just how much stuff they can pack on a single rig without it tipping over to one side or being heavier than the operator carrying it. And when we see these unique builds, we just can’t help but marvel at how genius some of these are and use them as inspiration for our own setups. After all, with tools like Instagram, the film community is now more connected than ever before. We like to share our ideas.

And if you’re active on Instagram, you’ve probably heard of Brian Aichlmayr. A 1st AC based in Houston, TX, Brian is known for having some of the coolest gear shots of any filmmaker on Instagram, and is always working with the latest tech on his sets. He shares with us his path to becoming a 1st AC and his favorite camera builds of the last year. 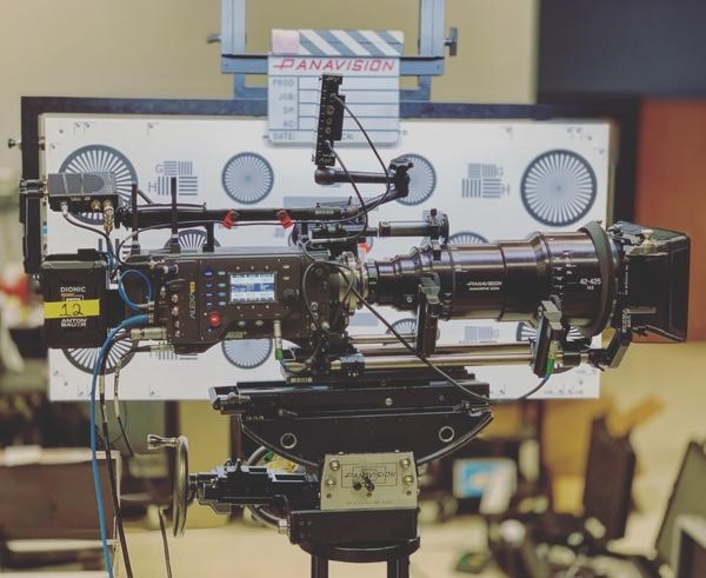 “I started in this business basically around 2010. In 2008, I graduated high school and wasn’t really sure what I wanted to do in this world. But I worked in a movie theater at the time and the Lord of the Rings: Extended Edition’s Special Features was one of my favorite things to watch. It was amazing seeing how all the fantasy came to life. So I made that filmmaking my pursuit when I went to Houston Community College.”

“In college, I got involved with general filmmaking and found a position as a grip on a indie feature produced by teachers of the school. An opportunity came up on my second feature later that year when the 1st AC didn’t show up for the day, and I was able to volunteer to fill the spot. The DP, Larry McKee was really accepting of me, and took the time to help me develop my assistant skills over the years we worked together.”

“After college, I managed to find 1st AC work on short films, indie features, industrials and reality shows that were based in the Houston area to develop my skills. The thing about Houston is, it’s the 4th largest city in the entire country, but one of the smallest film markets in relation to its size. We didn’t have instructors or schools for this kind of specialty work. Most of our learning came from professionals who traveled here from Los Angeles or New York for jobs. Larry McKee is the DP that I grew up with, and he was someone who pushed me to learn more, focus better and produce sharper images no matter the situation that presented itself before us. Theblackandblue.com was a huge resource as well and I thank Evan Luzi for committing to help others in the same field. And Instagram - seeing other ACs’ builds - following #cameraassistants, #camerarigs #1stacs and drawing inspiration helped make my rigs better.”

“When I first started out, I just wanted to get the builds built. As I got more experienced, it’s now at a point where I’m searching for ways to make the builds better, faster and more efficient. And I’m always learning about the best ways to get things done. I actually just ordered custom mounts to address problems I’ve been having with my builds, sometimes even making custom builds myself for other people to use. This is what makes the job of an AC so rewarding.” 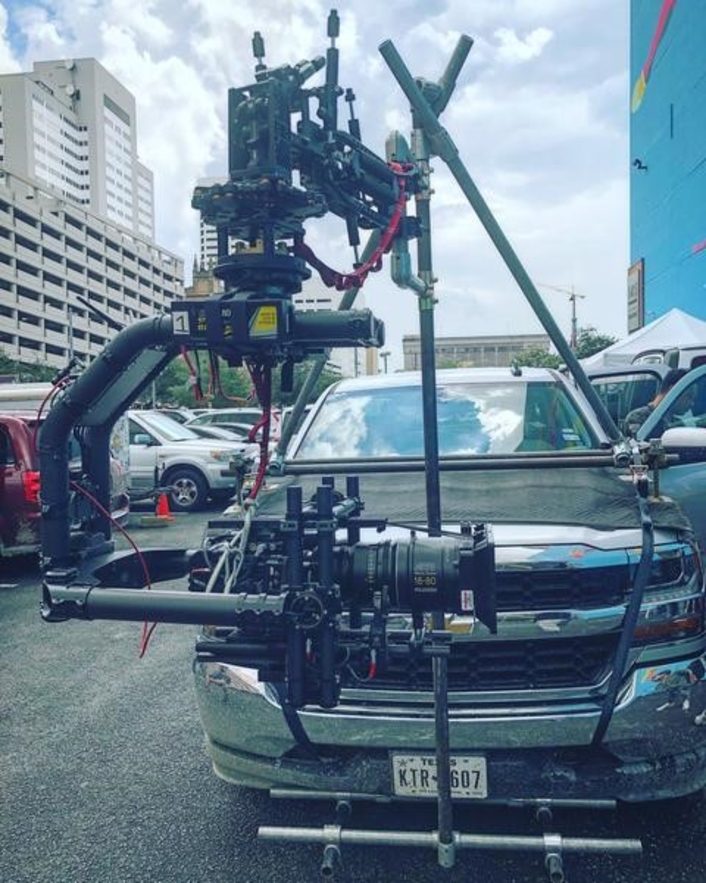 “This production was for an industrial job from a company out in Louisiana. They hired out a production company from Korea, and one thing I discovered on this job was that Korean film crews have a different setup for crews than we do. The AC role is divided into two, where one guy builds the camera package and one AC works on set for pulling focus. They hired me to build the camera, and this is what I came up with.”

“Our goal here was for the camera to capture a moving car as it drove around Downtown Houston with various links on the zoom. We mounted the RED Monstro to the Freefly MoVI XL, which was supported by the Flowcine Black Arm. We had a Bolt 3000 XT mounted to the back of the MoVI XL where the power is, and had the antennas pointed towards the other vehicle where the receiver was.

The grips actually went under the car to find securing points for the speed rails that were holding the entire rig up, and we had the hood all decked out in speed rails too to support the camera. This whole setup gave the video a feel of flying through an industrial park, which is exactly what the clients were going for.” 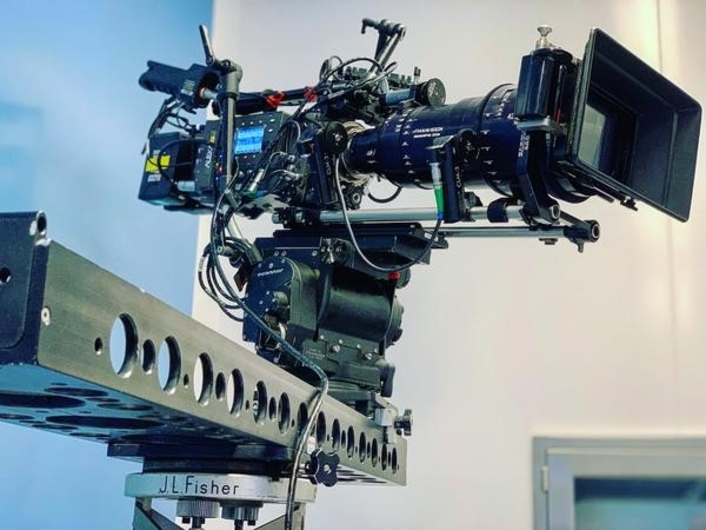 “This was actually from the same production as the Proton Pack. We have a Panavised Alexa LF with a 42-45mm Panavision Zoom. It’s a J.L. Fisher 10 Dolly on the bottom, with a slider at the top carrying a 61-lb. camera package. What I really liked about this setup is the Tough Gaff handle at the top, which allowed me to mount a Bolt 3000 XT on there using the ARRI Pin-Loc. We were also utilizing the Alexa LF built-in MDR for lens control with the WCU-4 with three ARRI CLM motors. 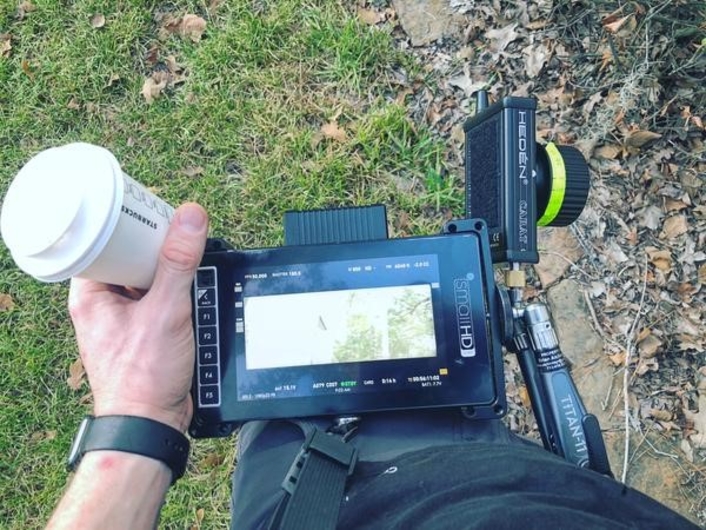 “I can’t believe how quickly I tossed this thing together. Basically, they told me 5 minutes before the shoot that I had to get ready to pull focus. So I built this setup around the SmallHD 703 UltraBright monitor that includes the Teradek Sidekick II, the Heden Carat, a Bright Tangerine Titan Arm, and a coffee still in my hands. We were shooting a run-and-gun documentary about flooding for FEMA.” 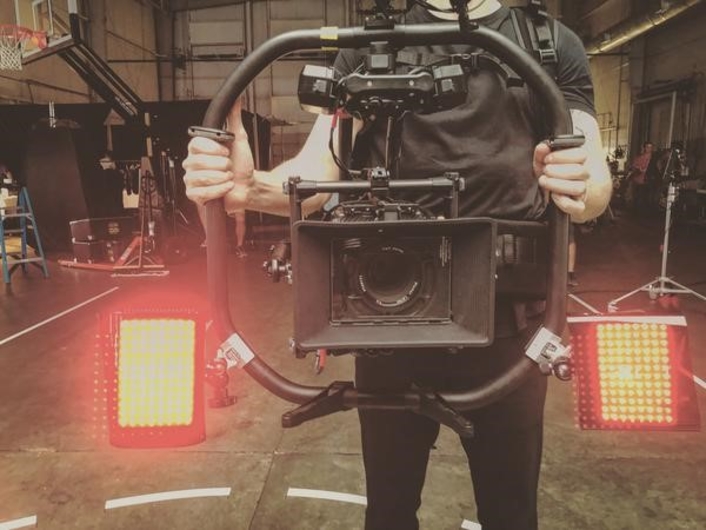 “This wasn’t a crazy build, but it was definitely unique. We had an Alexa Mini with an Angenieux Optimo 15-40mm and Bright Tangerine Misfit Atom matte box on a MoVI Pro. There was a Bolt 2000 on the rig, along with these lights to simulate the look of a robot. We were shooting with a basketball player, and every time he looked up at the camera, we wanted to get a reflection of the lights on the player’s face.”