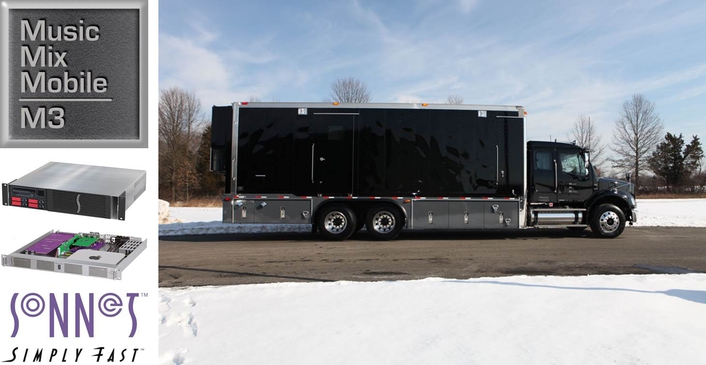 In recent months, M3 has migrated some of its operations from legacy Mac Pro® towers to more portable MacBook Pro® notebooks and Mac® mini computers. In the process, M3 needed solutions that would enable its engineers to continue working with the high-performance PCIe cards they had been accustomed to using in the extensible but bulky Mac Pros. The Echo Express III-R enables the MacBook Pros — or any Mac computer equipped with Thunderbolt 2 or Thunderbolt ports — to interface with a wide variety of high-performance PCIe cards originally designed only for use in desktop computers. In similar fashion, the xMac mini Server increases the functionality of the powerful yet ultra-small-footprint Mac mini by securely rack-mounting the computer and connecting it via Thunderbolt to two PCIe 2.0 expansion slots contained in the same enclosure. 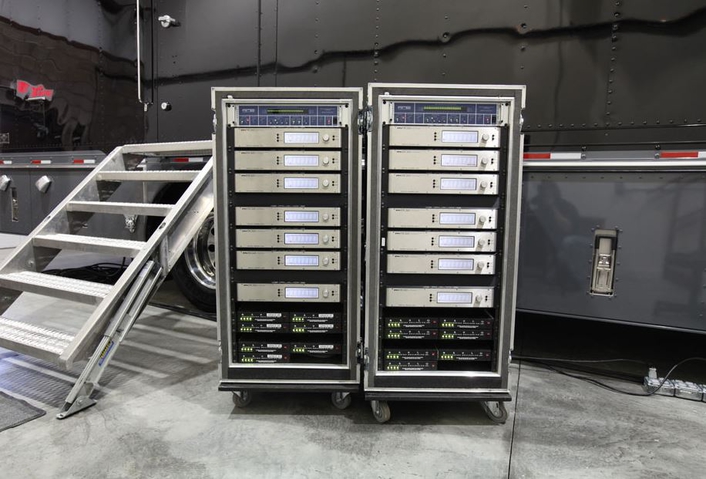 "As smaller and more portable Mac computers have become more powerful, we've realized we can use them for many tasks that previously required the horsepower of the legacy Mac Pro," said Joel Singer, co-founder and technical engineer at M3. "With the Sonnet expansion systems, we're able to leverage the portability and cost-effectiveness of the MacBook Pro and Mac mini without having to change our workflows and audio processes that rely on PCIe cards from Avid, RME, Aja, Blackmagic Design, and other vendors. We just pop the cards into the Echo Express, connect the chassis to the MacBook Pro via Thunderbolt, and we're ready to work. With the Mac mini, it's even easier because the computer is already mounted inside the xMac mini Server chassis with Thunderbolt connectivity." 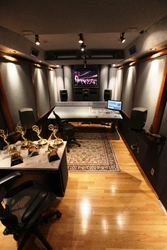 M3 was among the first Sonnet customers to use the Echo Express Thunderbolt expansion system and the first to apply it for audio recording, beginning with the earlier Echo Express Pro two-slot model. Today, M3 has installed Echo Express III-R and xMac mini Servers in all four of its mobile production vehicles as well as a dozen of its portable mixing/recording systems. In addition, M3 uses several Echo Express Pros as well as Sonnet's Tempo™ SSD 6 Gb/sec SATA PCIe 2.5-inch storage cards and Allegro™ USB 3.0 host controller cards.

"In our business, we travel all over the world for mobile event recording — so the solutions we use must be absolutely robust, reliable, and easy to carry," Singer added. "In addition to these qualities, the Sonnet expansion chassis are brilliantly designed and extremely easy to work with. Our techs can come off of a flight with a couple of carry-on bags, arrive at the location, and then put together an extremely reliable and great-sounding recording system in a matter of minutes. In many ways, the Echo Express solutions have ushered in a new era of mobile recording for our company."

"As the largest remote audio facilities company in the U.S., M3 is a highly valued customer and one of the best examples of how our advanced Thunderbolt expansion systems can be used in an audio recording setting," said Greg LaPorte, vice president of sales and marketing, Sonnet Technologies. "M3's Emmy- and Grammy-Award-winning staff has used Sonnet equipment for years to record and produce some of the world's most prestigious broadcast shows and most well-known musical acts. We look forward to our continuing partnership as the company deploys some of our upcoming solutions, such as the xMac Pro Server, a rack-mount enclosure, and the Thunderbolt-to-PCIe 2.0 expansion system for the new Mac Pro." 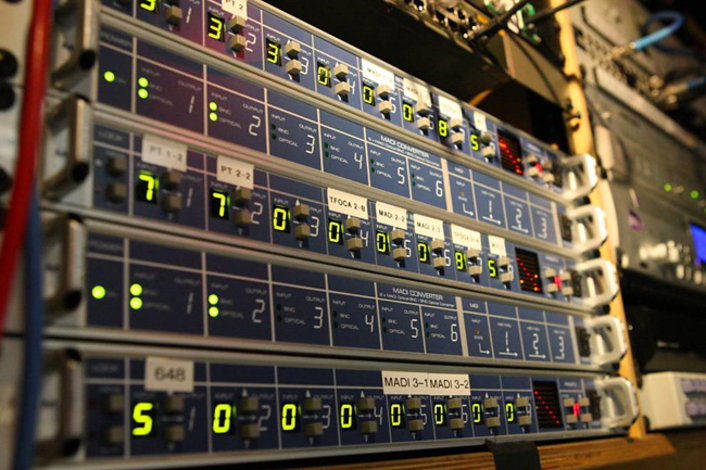