The Main Media Centre catered for more than 2000 members of the international media accredited to cover the Competition, and more than 6000 television and radio broadcasters from around the world.

The Media Centre’s AV systems were based around the Qu-16 mixers, which were selected for their ability to provide the wide functionality and flexibility needed to complete various tasks, and meet the diverse requirements of the vast number of broadcasting companies. 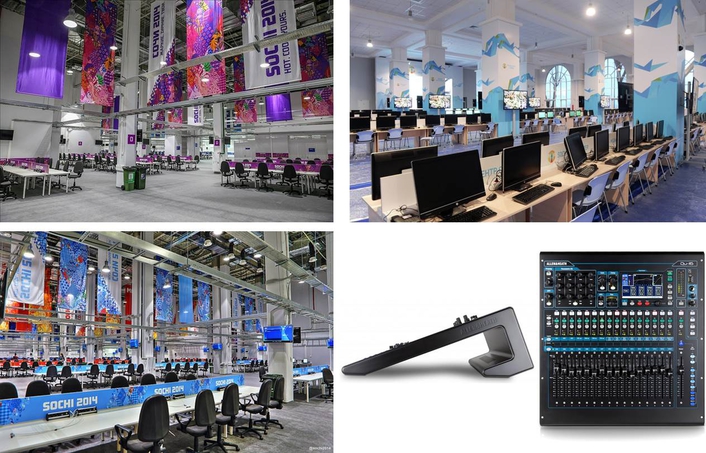 Interior of the Olympic Main Media Centre in Sochi

“Visiting from over 70 countries, press were arriving with many different types of AV equipment, and Qu-16 worked seamlessly with all of it,” comments Alexander Soloviev from Proton Center.

In March, the Main Media Centre will again welcome numerous media and broadcasters from around the world to cover the Paralympic Games, also being hosted in Sochi.